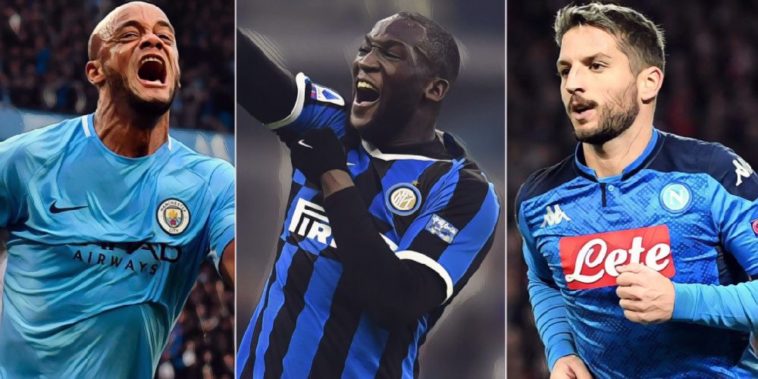 According to their academy director, “Anderlecht is the street”. On the outskirts of Brussells, the streets are diverse and multicultural. Anderlecht’s academy unites kids of different backgrounds, skills, and social classes with the common love for football to create one of the sport’s most productive talent factories.

In an academy that is constantly evolving to suit modern football, where the focus is on having ‘progressive, efficient ball possession’, many of the elite players in the Champions League today have been developed.

Of Belgium’s 2018 World Cup third-place squad, 35% became the footballers we know on these streets of Brussels.

RSC Anderlecht has been hugely successful in Belgium by utilising their academy, winning 34 Belgian league titles, as well as a UEFA Cup and two Cup Winners’ Cups. The academy has outshone the senior team, with many of their products going on to win the highest honours available in football.

Here’s a look at five of the best Anderlecht academy products:

‘Captain Marvel’ rose through Anderlecht’s ranks and had a brief spell at Hamburg before he arrived at Manchester City in 2008. Coming to the fore just as City’s spending spree and subsequent domestic dominance began, he became an all-time Citeh great and one of the best defenders in the world over a decade spent in east Manchester.

His influence off the field was hugely admired by all, grabbing media attention as a likeable character by joining Shearer and Lineker on Match of the Day from time to time, admitting his head was “bigger than the moon”, and mocking Pep Guardiola by wearing a T-Shirt saying “Don’t shoot! No Vinny No!” at his final Premier League title celebration.

On the pitch, he was a dominant leader who became the backbone of the most successful team of the last decade. He came up with the decisive moment in a title race twice, with one of his goals being that absolute screamer.

The Belgian has come full circle in his career, returning to Anderlecht as a player-manager. He has shown Manchester City what they have been missing this season, as they are 11 points behind their tally at this stage last season, and sorely lacking defensive leadership.

On the other side of Manchester, Marouane Fellaini probably won’t go down as a club legend in the same way that Kompany will, but the big Belgian had much more of a role to play in recent success for Manchester United than he is likely to get widely accredited for.

Fellaini arrived at Old Trafford after starring for Everton under David Moyes and is seen as a symbol of everything wrong at United in the post-Ferguson era. After Moyes was sacked, Louis Van Gaal and Jose Mourinho used the midfielder’s aerial presence to earn United several results they would not have achieved without him.

Despite not being as technically gifted as many of the other Anderlecht graduates, Fellaini was arguably the best plan B in the Premier League over a number of seasons. While under pressure from the fans and media, Fellaini carried out the orders of his managers to a tee and never reacted to the resentment towards him.

Having scored big goals in games against Liverpool and Manchester City and on big occasions like FA Cup semi-finals, as well as a decisive goal putting United into the knockout stages of the Champions League, the midfielder can be proud of his performances at United and his 87 caps for his country.

⏪ | #OnThisDay in 2012, @Fellaini had Goodison rocking with the winner against @ManUtd. #EFC 🔵 pic.twitter.com/j0ZikjP2Cc

Another former Manchester United player who may not have received the credit he deserved during his time at Old Trafford is Romelu Lukaku, who is currently playing for Antonio Conte’s Inter Milan after an €80 million transfer last summer.

After impressing as a teenager for Anderlecht, Lukaku earned a move to Chelsea, but a lack of opportunity led him to Everton, where he became the club’s top scorer in Premier League history in just three seasons, earning himself a £75 million move to Man United. After a decent first season, in which he scored 16 top-flight goals in 34 appearances, he struggled during his second campaign and fell down the pecking order after Jose Mourinho’s dismissal before deciding to try his luck in Italy.

The prolific Belgian became his country’s all-time top scorer at just 24 years of age. As he enters his prime years, he has made a flying start under Antonio Conte, scoring 17 goals in 25 appearances so far.

His partnership with Lauturo Martinez and Inter’s direct style of play has allowed the Belgian to show his true quality at the San Siro.

At just 23 years of age, Tielemans is one of the brightest prospects in world football. The Leicester playmaker signed for the Foxes in 2019 for a club-record fee and has been a key figure in the side that is currently third in the Premier League.

After becoming the youngest Belgian player to play in the Champions League at 16, Tielemans won two Belgian Leagues before a brief spell with Monaco, which led him to the King Power stadium.

Based on recent comments of rejecting the opportunity of a big-money move to Manchester United for the playing and learning opportunities under Brendan Rodgers at Leicester, the midfielder seems to be as intelligent off the field as on it. He has earned distinctive Rodgers praise from his manager, being labeled ‘wonderful’ and an ‘engineer’.

With 28 caps for Belgium and several quality showings in the English top-flight, Tielemans looks set to become one of the best midfielders in the Premier League and Europe.

Throwback to when Youri Tielemans was scoring long range rockets with both feet. He was stellar at Anderlecht. A joy to watch. pic.twitter.com/MHEtnm1wTQ

Although this one might be bending our own rules slightly, it is impossible to leave out the nimble forward as he has been tearing up Serie A in recent seasons. After moving from Anderlecht’s academy to Genk’s, he played for a variety of Belgian and Dutch clubs before settling in with Napoli.

Despite being heavily linked with Chelsea in recent months, the speedy striker recently agreed a new contract should see him stay in Naples for the remainder of his career.

Having blossomed late in his career after converting from a winger to a central attacking role, his first international tournament appearance was in Brazil in 2014, at 27 years of age. Since then, he has featured regularly at each tournament for Belgium, starring as recently as the 2018 World Cup. With no sign of slowing down, Mertens looks set to continue providing highlights like these for Napoli and Belgium.