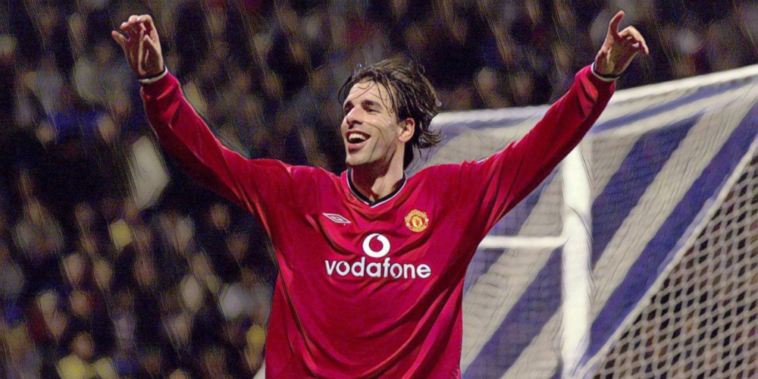 Erling Haaland has ripped up the script so far this season. Even given the excitement that greeted the forward’s arrival at Manchester City during the summer, he has exceeded the wildest Etihad expectations.

The grace period often permitted to foreign imports has not been required, with the Norwegian making an immediate impact. The records have tumbled and the goals have flowed freely, as Haaland has made a mockery of English football’s arrogance that the Premier League is the true benchmark of a player’s talents.

Following the forward’s phenomenal start at City, we remember five other strikers who ripped up the Premier League in their debut season.

The diminutive delight that was Gianfranco Zola waltzed into Chelsea in the mid-nineties and wasted little time in announcing his arrival in the English game.

Premier League clubs were becoming increasingly cosmopolitan and Chelsea were among the leaders of the change, assembling an exciting collection of foreign imports who later ended the west Londoner’s wait for silverware.

Zola was the finest of their additions and starred during a sublime 1996/97 campaign, one which saw the Italian become the first man to win the FWA Footballer of the Year accolade despite arriving mid-season.

"An extraordinary individual effort!"#GoalOfTheDay is courtesy of Gianfranco Zola 🔵 pic.twitter.com/6Z7anKuSVd

He scored 12 goals in all competitions, but the goals were merely a small facet of an all-round game that made Zola an immediate fans’ favourite. His tricks, flicks and impudent genius were acknowledged and applauded, as the Premier League welcomed one of its favourite foreign pioneers.

Sir Alex Ferguson’s faith in Ruud van Nistelrooy saw him wait an additional 12 months to sign the forward, who saw an initial move to Manchester United collapse due to knee issues.

After almost a season on the sidelines he completed his switch to Old Trafford, with a then-British record fee of £19m required to sign the PSV Eindhoven forward.

He proved well worth the wait.

Van Nistelrooy scored twice on his debut against Fulham in a sign of things to come, as he embarked on the most prolific debut season from an overseas star in Premier League history. His first season ended with 36 goals in all competitions, 23 of which came in the league.

He struck 44 goals in all competitions the following campaign – a record for a Premier League player – and netted 150 times across his five seasons at Old Trafford.

Fernando Torres broke Van Nistelrooy’s record for the most prolific debut season from an overseas star, following an electric start to his career with Liverpool.

Torres announced his arrival at Anfield with a goal against Chelsea, as he collected Steven Gerrard’s pass, left Tal Ben-Haim in his wake, and became an instant favourite.

The Spaniard struck 33 goals in all competitions and became the first Liverpool player since Robbie Fowler in the mid-nineties to score 20+ Premier League goals in a campaign.

Back-to-back home hat-tricks against Middlesbrough and West Ham were a highlight in a campaign which saw Torres end as runner-up to Cristiano Ronaldo for both the Golden Boot and FWA Footballer of the Year Award. Even given the successes of a storied career, he was perhaps never as brilliant as that first season in Liverpool red.

It was pretty obvious, pretty soon, that Sergio Aguero was a special talent.

His debut against Swansea was unforgettable, as the Argentine came off the bench to run riot at the Etihad. Two brilliant goals and an assist were a sign of things to come, as Manchester City’s marquee arrival made an instant impact.

Aguero scored eight goals in just five games to start the season on fire and continued to find the net with unerring regularity as City closed in on a first Premier League title. Fittingly, it was Aguero who secured the title with a goal that has become arguably the defining imagery of the Premier League.

Sergio Aguero has a firm place in #PL history, winning 5 titles with @ManCity and scoring 184 goals

None more so famous than this one… pic.twitter.com/gfDdubK4ph

His late, late goal – the second scored in stoppage-time as Roberto Mancini’s team turned defeat into victory against Queens Park Rangers – crowned City champions on a final day that remains impossible to forget.

In pursuit of a title-winning team during his second spell at Stamford Bridge, Jose Mourinho reinforced the spine of his side in 2014.

Thibaut Courtois replaced Petr Cech in goal after an apprenticeship served at Atletico Madrid, while Cesc Fabregas was brought back to English football to provide poise and creativity.

The third and perhaps most crucial ingredient was Diego Costa, a forward whose profile could hardly have suited Mourinho’s methods more. Costa was a snarling centre-forward presence who needed no time to adjust, bulldozing backlines from the moment he arrived in west London.

He scored on debut at Burnley and hit seven goals across his first four games, including a hat-trick as Chelsea beat Swansea 4-2 in an entertaining contest at Stamford Bridge.

A menace in every sense of the word, he ended the season with 20 league goals as Chelsea were crowned champions, a League Cup winners’ medal and inclusion in the PFA Team of the Year.