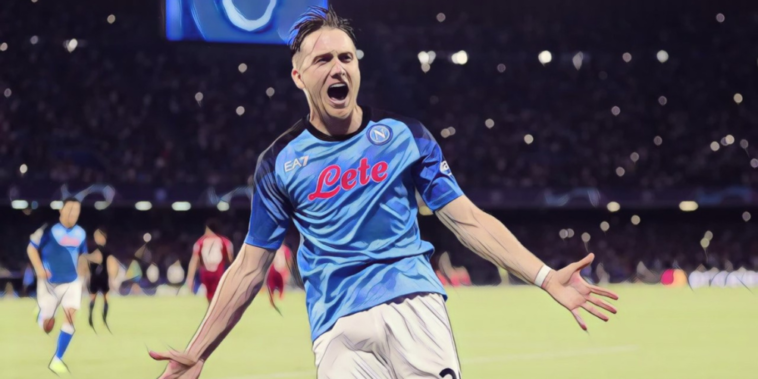 Europe’s top divisions are starting to shape up and during the early weeks of the 2022/23 campaign a whole host of sides having caught the eye.

Whether its free-flowing football or entertainment at both ends, there are a number of sides who have been unmissable viewing so far this season and we’ve decided to profile some of the most watchable teams in European football at the moment.

Here are five of the most exciting teams to watch in Europe right now.

Napoli are beginning to emerge as a force to be reckoned with this season, with Luciano Spalletti’s side having made an almost flawless start to the campaign.

It’s nine games unbeaten for the Serie A leaders, who lead the race for the Scudetto as Napoli chase a first league title since Diego Maradona’s pomp with the Gli Azzurri in the late eighties and early nineties.

The club’s recent recruitment has become among the best in European football as Napoli have unearthed and developed a number of top prospects. Last summer’s recruitment has built a side that looks well-placed to challenge for trophies this season, with Kim Min-jae an impressive presence at centre-back and Giacomo Raspadori in the goals since arriving from Sassuolo.

The jewell in the crown appears to be Khvicha Kvaratskhelia, a name who football fans – and journalists – better become accustomed to. His £9m arrival looks one of the bargains of the summer window after a blistering start in Naples for the winger, who has seven goals and seven assists already this season.

Napoli lost experienced names in Kalidou Koulibaly, Lorenzo Insigne and Fabian Ruiz last summer, but have rebuilt with a focus on youth and are reaping the rewards of that faith. Their form in the Champions League has been scintillating, with four straight group stage wins and 17 goals scored. Those results include thrashings of Liverpool (4-1) and Ajax (6-1), with the Neapolitans emerging as potential dark horses ahead of the knockout rounds.

Few will relish the task of taking on Napoli, whose youthful core boasts a high ceiling. Keeping this talented group together could lead to silverware success over the coming campaigns.

Optimism is growing in north London following a fantastic start to the season at Arsenal. The Gunners lead the Premier League after nine games, having opened the campaign with eight wins from those fixtures.

Arsenal have endured a sustained period of decline and have not competed in the Champions League since 2016/17, while it is fast approaching two decades since the club were last crowned Premier League champions.

Mikel Arteta has overhauled the squad since his arrival with a focus on young talent, with the Spaniard removing the high earners and large egos from an under-performing squad. Arriving has been a collection of prospects each pulling in the same direction, led by exciting academy graduate Bukayo Saka.

Saka and Gabriel Martinelli have brought a buzz back to the Emirates, with their infectious energy and quality in the final third turning Arsenal back into one of the division’s most watchable sides. There is fight and fearlessness in this Arsenal side and while a title challenge might come too soon this season, there is no doubt intrigue over where their talented team is headed.

For entertainment value, it’s hard to look past Werder Bremen this season.

Bremen returned to the Bundesliga this season after promotion and have made an excellent start to their top-flight return, with Ole Werner’s side fifth in the table after losing just two of their opening nine games.

No side in Germany’s top tier has seen more goals in their games, with Bremen opening the season with scorelines of 2-2, 2-2, 3-2 and 3-4 in an enthralling run of encounters. Only the behemoth that is Bayern Munich have scored more goals, after Bremen battered Borussia Monchengladbach 5-1 last week to move above their beaten opponents and consolidate a place in the European positions.

Niclas Füllkrug scored two of those goals and has enjoyed the finest football of his career since returning to Bremen. An academy graduate, he embarked on a nomadic career after failing to make the grade before returning to the club in 2019. He has since scored 37 goals in 69 league games, eight of which have come in nine appearances this season to lead the Bundesliga’s goal chart.

Bremen have also been the masters of late goals, having scored 45% of their league goals after the 80th minute. That includes three goals after the 89th minute to come from two goals down to win at Borussia Dortmund in August.

Lazio have found their form in recent weeks as the capital club look to mount a challenge for the Serie A title.

Not since just after the turn of the millennium have Lazio lifted the Scudetto, but with Serie A’s traditional giants in transition it appears an open race for the crown in 2022/23.

After a mixed start, I Biancocelesti have burst into life, becoming the first team in Serie A history to win three consecutive games 4-0. Cremonese, Spezia and, most impressively, Fiorentina have been thrashed in successive games, form which has lifted Lazio up to third ahead of crucial meetings with Udinese (4th) and Atalanta (2nd) in their next two.

Sergej Milinković-Savić has seven assists in nine games and remains an integral figure despite continued speculation over an exit. The evergreen Ciro Immobile leads the division for goals, as he chases a record-equalling fifth Capocannoniere award as Italy’s top scorer. Only the iconic AC Milan forward Gunnar Nordahl has won the award on five occasions previously.

Real Sociedad have been an exciting watch under the management of Imanol Alguacil and will be hoping to build on a sixth-place finish in La Liga last season.

The Spanish side operate with a front-footed approach and press intently, while this season has seen summer arrivals Brais Mendez and Takefusa Kubo join a fluid footballing side. Mendez has thrived since joining from Celta Vigo and the midfielder trails only Robert Lewandowski, Borja Iglesias and Joselu for goals. He added another in the 1-0 win over Manchester United at Old Trafford with Sociedad having made a perfect start to their Europa League campaign.

In a midfield diamond packed with left-footed excellence, Mendez has thrived alongside Mikel Merino and the evergreen elegance of David Silva, who at 36 continues to orchestrate proceedings at the highest level of Spanish football.

Sociedad have had a tendency to start seasons fast and falter, and how the club juggle their European commitments will be crucial to a successful campaign. Three consecutive league wins, including a barnstoming 5-3 win at Girona and victory over Villarreal are steps in the right direction.

If those levels can be maintained, this might just be the club’s best period since the title-winning team of the 1980s.