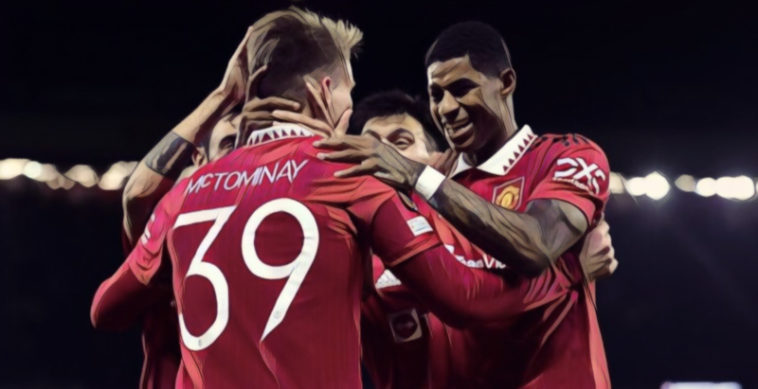 Tonight’s first half played out in much the same way as last week in Cyprus, with United dominating the ball but wasteful in front of goal. Omonia goalkeeper Francis Uzoho was the stand-out player, with the Nigeria international pulling off a hat-trick of decent stops from a sharp-looking Marcus Rashford, as well as brilliantly pushing a fierce Casemiro drive against the crossbar.

Within seconds of the second-half starting Uzoho was at it again, pulling off a superb double stop although both Rashford and Antony really should have put their chances away.

United set up camp on the edge of the Omonia box and after Bruno Fernandes and Rashford squandered glorious chances it seemed as if Neil Lennon’s side would pull off a famous result at Old Trafford.

However, in the third minute of injury time and after a whopping 34 attempts on goal the Red Devils finally found a way past Uzoho. Substitute Scott McTominay would be the man to break Omonia hearts, the Scotland international did well to control a deflected cross into the area before swivelling and firing a powerful low effort into the net.

United’s hopes of finishing top of the group remain alive after tonight’s win and speaking afterwards the Red Devils coach Erik Ten Hag said he has no concerns about how long it took his side to break down their opponents.

“I have no concern because in every game we score,” Ten Hag told BT Sport. ”I have faith we will continue with that. Hopefully we’re saving the goals for next week.

“We said at half-time we need to keep the focus. When you play against a defensively compact opponent and you don’t score, you get impatient. You can get sloppy and lose you the ball and then they break.

“I have a preference to score more and earlier because it makes it easier.

“We still have two games to go and we go game to game.”