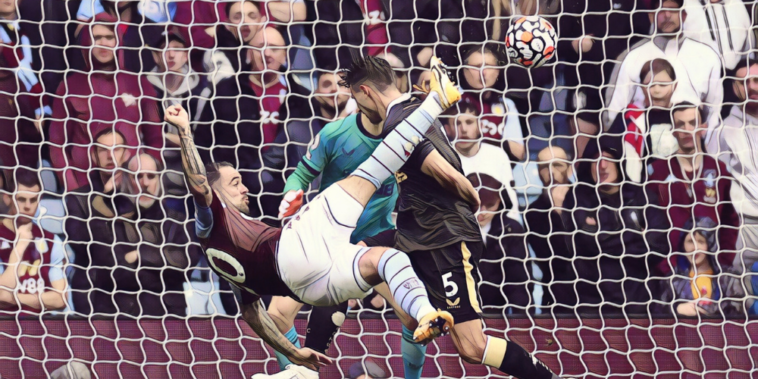 Shane Duffy‘s career with Brighton looked done and dusted after the defender was shipped out on loan to Celtic last summer, his unconvincing performances in Scotland doing little to boost his hopes of a return to the fold at the Amex.

The Republic of Ireland international was key figure in the Seagulls’ rise into the Premier League, but was deemed ill-suited to Graham Potter’s style of football last season.

The departure of Ben White to Arsenal has provided Duffy with a second chance at Brighton, one he is grasping at present with strong performances across the opening two fixtures of the Premier League season.

Duffy powered home a brilliant header to open the scoring during Brighton’s win over Watford this weekend, his first goal for the club since November 2019 and a fine moment for a player seeking to silence his doubters.

The £97.5m man made his mark on his second Chelsea debut this weekend, as Romelu Lukaku took just 15 minutes to open his goalscoring account for the west Londoners at Arsenal.

Lukaku tormented the Gunners’ backline throughout in a performance of trademark pace and power, his battle with the overwhelmed Pablo Mari proving a mismatch of epic proportions.

The 28-year-old has returned to the Premier League this summer with a point to prove and the early indications are that Lukaku will more than fulfil expectations as Chelsea’s number nine.

Lukaku described his own performance at the Emirates as ‘dominant‘, a stance few will disagree with as the Belgian bullied the home side throughout, his arrival at Chelsea providing Thomas Tuchel’s side with a new dangerous dimension.

Danny Ings made it two goals in two games for new club Aston Villa this weekend, netting the opener against Newcastle in spectacular fashion.

For the second successive week Ings had failed to find regular opportunities, but showed his ability to turn a half-chance into a goal with a wonderful overhead kick at Villa Park.

After Tyrone Mings had flicked on Matty Cash’s long throw into the penalty area, the ball sat up invitingly for the summer signing, who executed an acrobatic goal of brilliant timing and technique to set Villa on their way to a first Premier League win of the new season.

Wolves’ wastefulness in front of goal saw Bruno Lage’s side slump to defeat at Leicester last weekend, with the Midlands outfit once again guilty of spurning guilt-edged opportunities against Tottenham.

Adama Traore enjoyed a fine performance and gave Japhet Tanganga a torrid time down the Wolves left, but the winger’s end product was missing once more including a one-on-one that was saved by Hugo Lloris.

Traore had burst through against Leicester last weekend before firing wide and was in on goal against Spurs after Ruben Neves had released the electric star in behind.

The Spain international was unconvincing with his finish however, another chance going begging for Wolves who have opened the season with successive 1-0 defeats.

Liverpool manager Jurgen Klopp was far from happy with the physicality Burnley brought to their clash at Anfield, calling on officials to show greater protection to the players.

Rule changes in the Premier League this season have been introduced in a bid to ensure games flow more freely, though Klopp was critical of the officials following his side’s win on Merseyside and likened some of the Claret’s challenges to wrestling.

“I like decisions that favour the offensive team, that’s fine. But we have to stick to protecting the players. We cannot deny that. If you like that sort of thing, watch wrestling.”

For the second successive week our Donkey award goes to Pablo Mari, who endured another nightmare showing as Arsenal’s backline were bullied and bruised by Chelsea at the Emirates.

The Spanish centre-back was treated as a rag-doll by Romelu Lukaku for much of the London derby encounter, pinned time and time again by the Chelsea number nine whose mix of speed and strength overwhelmed his opposition.

Mari continually bounced off the burly Belgian as he desperately sought to contain the £97.5m summer signing, with teammates Cedric, Rob Holding and Kieran Tierney also enduring afternoons to forget.

Arsenal have spent more than £130m this summer and there have been no indications of any improvement, the jury out on Mikel Arteta whose side’s soft centre continues to be exposed.

The upholding of footballing traditions award

Sean Dyche and Burnley can often represent a throw-back to a bygone era in the modern Premier League, the Clarets fielding a British-based 4-4-2 system with two physical forwards used as battering rams against opposition defences.

Dyche and his side took their upholding of English football traditions to a new level against Liverpool this weekend, with the starting XI for the Clarets lined up in the numbers 1-11.

Burnley’s team against Liverpool are wearing shirt numbers 1-11, the first time a top flight team has done so since Charlton in 1998/99 🤯

Given the depth of Premier League squads and designation of individual shirt numbers ahead of each campaign, it was the first time in more than two decades that a top-flight side had done so – with Charlton the last team to have worn numbers 1-11 during the 1998/99 campaign.