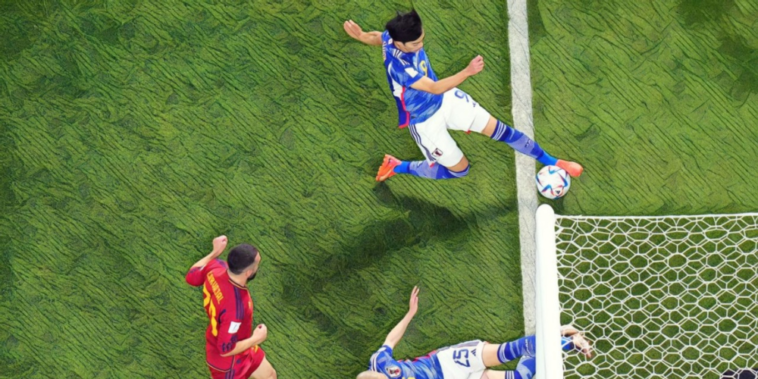 It’s been a World Cup to remember for many reasons so far, a tournament of controversy, upsets, and of course, some superb football.

The group stage proved thrilling action on the pitch, while the drama was added to in predictable fashion from VAR’s interference. There were barely minutes gone in the World Cup when the technology made its first meaningful contribution, and there’s been no shortage of incidents to talk about. As football is one of the most streamed sports worldwide, it’s likely that the World Cup will continue to attract viewers in the later stages of the tournament.

Before the game heats up further, here are five of the most controversial VAR calls at the Qatar World Cup to date.

Ecuador opened the tournament against host nation Qatar and looked to have spoiled the party within the opening minutes of the World Cup.

Enner Valencia headed home after a chaotic passage of play, only for VAR to rule out the goal.

Enner Valencia thought he had the first goal of the #FIFAWorldCup

Turns out VAR did not agree! 👀

The decision created confusion, with the high position of goalkeeper, Saad Al Sheeb, leading to an offside call. A player is deemed offside in the rare instance that a goalkeeper is the second-last opponent and the forward is behind him, with VAR deeming an offside had occurred with Michael Estrada’s involvement in the build-up.

Valencia bounced back to score two first-half goals to lead Ecuador to a 2-0 win, but was denied a memorable World Cup hat-trick in the opening fixture.

Cristiano Ronaldo wrote his name into the record books after becoming the first man to have scored at five World Cup tournaments.

Ronaldo opened the scoring from the spot during Portugal’s 3-2 win over Ghana, having been brought down inside the area. The 37-year-old got to the ball ahead of Mohammed Salisu, though the contact appeared minimal as Ronaldo tumbled to the ground.

Salisu was incensed with the decision and urged the official to re-evaluate his decision at the screen, but there was no VAR check on the incident from Ismail Elfath. The penalty stood and provided Ronaldo with the chance to slam home from the spot.

Argentina and Poland met in a crucial group stage decider, with both teams not assured of their place in the knockout rounds.

With the game goalless a penalty was awarded to Argentina, following a collision between Poland goalkeeper Wojciech Szczesny and Lionel Messi. Szczesny’s attempts to palm away a high cross saw his gloves make contact with the face of Messi, who headed the cross off target.

The referee waved away appeals from Argentina, but VAR intervened and sent the official to screen. On review, he pointed to the spot.

Szczesny ensured the decision did not matter, as he guessed right to keep out Messi’s spot-kick. It was his second penalty save of the tournament, having kept out an earlier effort from Saudi Arabia’s Salem Al-Dawsari.

France rotated their options for their final group stage clash with Tunisia, with the world champions already assured of a place in the last 16.

Tunisia sealed a famous win over Les Bleus’ much-changed team, but not before late drama saw an equaliser controversially ruled out. Antoine Griezmann thought he had rescued a point for France, only for VAR to disallow his effort for offside.

Despite not being offside when firing home, the officials had deemed Griezmann had interfered with the earlier passage of play, having strayed back from an offside position when the initial cross was delivered into the area.

Cue confusion, in the 98th minute of the clash.

But VAR had other ideas as it was called offside ❌🤨#BBCFootball #BBCWorldCup pic.twitter.com/iMMKsUF7AT

Japan have been one of the success stories of the tournament so far, beating Germany and Spain to progress to the knockout rounds.

The Samurai Blue secured comeback wins over the European giants in the group stage, with their latter success against Spain eliminating the Germans.

Japan’s winner came with the finest of fine margins, as Kaoru Mitoma’s cutback for Ao Tanaka’s goal appeared to have come just after the ball had crossed the line. Different angles and images circulated, with several seeming to show the ball had gone out of play.

You be the judge…

Was this in or out? 🧐 pic.twitter.com/cVXur9vMJ1

However, the ball was adjudged not to have crossed the line, with the angle released from FIFA showing the curvature of the ball on the byline by the closest of margins.

This was the difference between Japan and Germany’s World Cup ventures, with the Samurai Blue through to face Croatia in the last 16. The Germans are headed home, following a second straight group stage exit.

FIFA have released video evidence to show that the ball did NOT fully cross the line on Japan's second goal against Spain 👀 pic.twitter.com/wVMkwPBevJ

FIFA have released the footage used by VAR to determine whether Japan's second goal against Spain should have stood in the World Cup👇pic.twitter.com/A2nrV1OLsZ