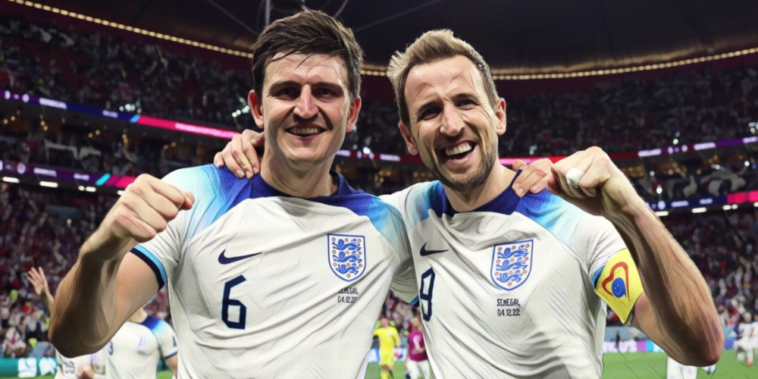 Gareth Southgate has often been accused of having his favourites as England manager, but which players have made the most appearances for the Three Lions during his reign?

Here are the five players to make the most England appearances during Southgate’s tenure.

John Stones has been a fixture at centre-back since Southgate’s appointment in 2016, having first broken into the team under Roy Hodgson.

Stones made his international debut in 2014 and was on standby for a place in the World Cup squad, before travelling to Euro 2016 where he failed to make an appearance. Southgate’s appointment later that year saw the defender earn a more prominent role and he was a central figure in the teams that reached the semi-final of the 2018 World Cup and Euro 2020 final.

4 – The four players to have covered the most metres with their ball carries so far at the 2022 World Cup all play for @ManCity:

Stones scored his first international goals with a brace in a 6–1 victory over Panama during the former tournament and in the process became the first Manchester City player to score for England at a major finals in 36 years.

He has won 63 caps for England, scoring three goals, with 51 of those appearances coming during Southgate’s reign.

Kyle Walker has also made 51 appearances for England since Southgate’s appointment as manager, with the Manchester City defender holding down the right-back role despite strong competition from the likes of Reece James, Kieran Trippier and Trent Alexander-Arnold.

Walker has also been used in a back three during Southgate’s reign, notably during England’s successful campaigns at the 2018 World Cup and Euro 2020. The 32-year-old’s explosive pace is an attribute Southgate has leaned on, with Walker providing recovery speed in the Three Lions’ backline.

"It's not England vs Mbappe, it's England vs France…I'm not going to roll out a red carpet for him!" 👀🍿

Kyle Walker when asked (a lot) about his potential battle with Kylian Mbappe 💪pic.twitter.com/WoAyCsLrs7

It is an asset that could prove crucial as England take on France in the World Cup quarter-finals this week, as Walker is set to be tasked with containing the tournament’s leading scorer, Kylian Mbappe.

Walker has now won 72 caps for England. Just one right-back, Gary Neville (85), has ever made more appearances for the Three Lions.

Gareth Southgate introduced Harry Maguire into the England set-up in 2017, with the centre-back having held first-choice status in the side ever since.

Maguire has been among Southgate’s most trusted squad members despite more recent struggles at club level, impressing during the 2018 World Cup campaign before earning inclusion in the UEFA European Championship Team of the Tournament in 2020.

Solid at the back again.

The 29-year-old has scored seven goals in 52 appearances for the Three Lions, making him the highest-scoring defender in England history. He overtook John Terry and Jack Charlton after scoring in England’s 10-0 win against San Marino in 2021.

He has had a solid World Cup so far, but the true test will come against the French this weekend. A centre-back who has rarely faltered for England will have his work cut out to contain a forward line full of pace.

If Harry Kane has been the man England lean on during Southgate’s reign, then Raheem Sterling has often been his most reliable accomplice.

Sterling has developed into a match-winner at international level, having initially struggled to produce consistent end product with England. Work on the training ground with Pep Guardiola at Manchester City has no doubt been a factor, but Southgate deserves credit for his altering of Sterling’s role.

In his first 45 appearances for England, Sterling scored just two goals. He has 18 in 36 since, including three during the run to the Euro 2020 final, performances which earned him a place in the Team of the Tournament.

He signed for Chelsea last summer after a decline in status at City, where he earned inclusion in the 2022 World Cup squad despite a mixed start at Stamford Bridge.

Competition is fierce for a place in England’s wide positions with Phil Foden, Jack Grealish, Marcus Rashford and Bukayo Saka all competing for roles, but Sterling has often been Southgate’s go-to choice for the big occasion.

It will come as little surprise to see Harry Kane lead these rankings, having developed into one of England’s best-ever centre-forwards under Southgate’s management.

Kane was named as England captain ahead of the 2018 World Cup and proceeded to become just the second Englishman to win the tournament’s Golden Boot, with six goals in Russia.

He scored four times in the Three Lions’ Euro 2020 campaign and now has 11 major tournament goals for England, overtaking Gary Lineker for goals in major competitions.

The next record in his sights is Wayne Rooney’s all-time mark for England. Kane’s goal against Senegal last week moved him to 52 goals in 79 appearances for England, just one behind Rooney’s record.