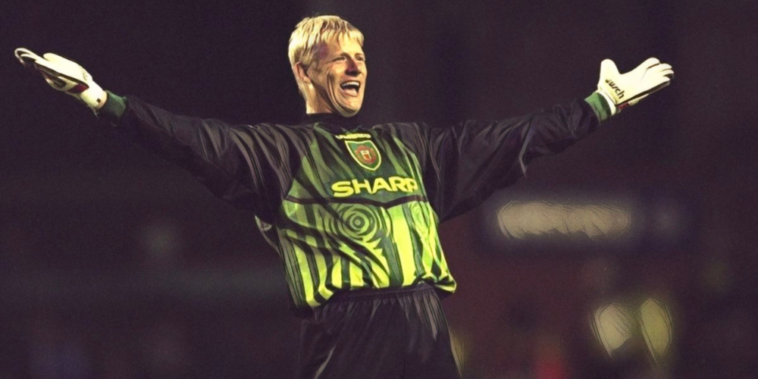 Manchester United are closing in on the free transfer signing of Christian Eriksen, with the midfielder understood to have verbally agreed a move to Old Trafford.

The Denmark international enjoyed a remarkable return to football last season, starring during a six-month spell at Brentford in which he inspired the Bees to Premier League safety.

Eriksen now looks set to join Erik ten Hag’s rebuild, with Red Devils having identified the 30-year-old as a player who can improve their midfield options for next season.

Eriksen looks set to join a long list of Scandinavians to have made an impact at Manchester United and we’ve decided to remember five of the best of the Premier League era.

Arguably the greatest Scandinavian to have played in the Premier League, Schmeichel was a colossal presence in the club’s successes of the nineties.

Signed from Brondy for a fee of just £505,000 in 1991, the ‘Great Dane’ spent eight seasons with the Red Devils and was instrumental to their success, forming a reputation as one of the game’s great goalkeepers.

Schmeichel won five Premier League titles, three FA Cups and the Champions League among his honours, captaining the side in Roy Keane’s absence as United were crowned European champions against Bayern Munich in 1999.

He remains the only goalkeeper to have won the Premier League’s Player of the Season accolade, having been named as the division’s best player during the club’s domestic double campaign in 1995/96.

Schmeichel made 398 appearances across all competitions for the Red Devils and departed as an iconic figure in both the club’s history and the Premier League.

Another of Sir Alex Ferguson’s best bargain buys, Solskjaer arrived from Molde for a modest fee in the mid-nineties before quickly establishing himself as one of the Premier League’s sharpest shooters.

He spent more than a decade with the club and scored 126 goals in all competitions, developing a reputation as a ‘Super Sub’ for his ability to influence games from the bench.

Solskjaer memorably scored four times as a substitute in an 8-1 thrashing of Nottingham Forest during the 1998/99 campaign, before producing his greatest match-winning moment later in the season with a stoppage-time winner in the Champions League final.

He won 12 trophies during his time with the club, including six league titles and that infamous treble success, before returning to Old Trafford for a three-year reign as manager.

Solskjaer represented Norway on 67 occasions and is the nation’s fifth-highest goalscorer of all-time, with 23 goals.

United secured the services of Ronny Johnsen from Besiktas in the summer of 1996, as the club sought a replacement for Steve Bruce.

The Norwegian had impressed during a single season in Turkey and made an immediate impact, winning the Premier League title during his first season in English football.

Johnsen added a further three titles across six seasons with the Red Devils and was a key part of the club’s 1998/99 treble-winning campaign, forming a fine centre-back partnership with Jaap Stam.

📆 #OnThisDay back in 1998, Ronny Johnsen showed he did more than just keep it tight at the back 💥#MUFC #GoalOfTheDay pic.twitter.com/EVtGXWRVhl

Injuries impacted his latter period with the club before he departed to sign for Aston Villa on a free transfer in 2002.

Henrik Larsson’s spell with Manchester United was a brief affair, with the veteran forward joining on loan to provide attacking depth in 2006/07.

Sir Alex Ferguson had been a long-term admirer of the Swede, who had scored 242 goals in all competitions for Celtic before winning the Champions League during a short spell at Barcelona.

Now back in his homeland at Helsingborg, he arrived as a stop-gap signing for the Red Devils and earned cult status across just 13 appearances. He scored just three goals, but left a lasting impression on both teammates and staff.

The Swede made his United debut #OTD in 2007, before scoring his final goal in the #UCL two months later 🇸🇪#MUFC | #GoalOfTheDay pic.twitter.com/NCdrMqTVC3

“On arrival at United, he seemed a bit of a cult figure with our players,” Ferguson wrote in his autobiography.

“In training, he was superb, his movement, his positional play. His three goals for us was no measure of his contribution. In his last game in our colours at Middlesbrough, we were winning 2-1 and Henrik went back to play in midfield and ran his balls off.

“On his return to the dressing room, all the players stood up and applauded him and the staff joined in. It takes some player to make that kind of impact in two months.”

Zlatan Ibrahimovic arrived in the Premier League during the summer of 2016, with the veteran forward keen to prove a point to the English fans who had long doubted him.

Jose Mourinho’s decision to sign the 34-year-old on a free transfer was vindicated following a brilliant debut season from the Swede, who scored 28 goals in all competitions as United won a League Cup and Europa League double.

Ibrahimovic’s double downed Southampton in the former final, as he scored twice in a 3-2 win for the Red Devils at Wembley.

A serious knee problem curtailed his maiden campaign and despite returning the following season, he made just seven further appearances before moving to MLS with LA Galaxy.

“I had fun,” Ibrahimovic told ESPN of his time at United. “I really enjoyed because when I came, everybody was against it. And then in England, they didn’t like me.

“All these haters, after three months, they started to like me, I didn’t like them anymore. I like people when they hate you because then they bring out the better of you. I had fun. [It] is a great competition, [an] amazing atmosphere.

“And I’m happy I played for United, which I think is the best team in England. And I think it was the right choice to go to Manchester United.

“I think I came in a good moment. Because it’s easy to come to a club when the success is already there. It’s more difficult when you come and the challenge is different. And then if you manage to have a success, you’re part of the story. So the fans [were] great to me. And I really enjoyed [it]. A lot of things happened.”