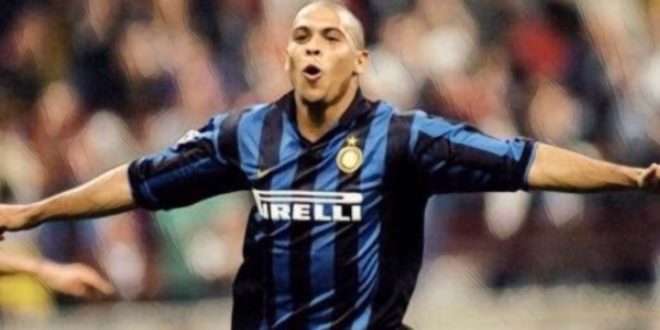 The only city in European football to be the home of two Champions League winning clubs, the Milan divide is amongst the most intriguing in Italian football and on the continent.

Inter and AC Milan are both regarded amongst the biggest clubs in world football, whilst their latest meeting served up an absolute classic as title-chasing Inter came from two goals down at half-time to emerge victorious at their shared San Siro home.

Zlatan Ibrahimovic, now in his second spell as an AC Milan player, was amongst the goals in a thrilling encounter on Sunday, the Swede no stranger to the rivalry having previously won three consecutive Scudettos during a prolific three-year spell at Inter.

Ibrahimovic is not the only illustrious name to have adorned both colours, with several leading stars having turned out for both sides.

Such is the talent of players to have represented both, the likes of Patrick Vieira, Edgar Davids, Christian Vieri and Hernan Crespo all fail to make this list.

One of the greatest footballers Italian football has ever produced, the former World Player of the Year and Ballon d’Or winner would enjoy the best period of his career at Juventus, though would represent both Milan clubs following his departure from the Turin side.

Squeezed out at Juve following the emergence of a young Alessandro del Piero, Baggio would make a £6.8m transfer to divisional rivals AC Milan in 1995, inspiring the Rossoneri to the Serie A title ahead of his former side and being named as the club’s Player of the Season.

His creative talents would also see him provide the most assists in Italy’s top-flight alongside his ten goals in all competitions, though after an initial bright start at the San Siro, becoming one of six players to win the Scudetto in consecutive years with different teams, he would fall out-of-favour under Óscar Tabárez and later former Italy coach Arrigo Sacchi before joining Bologna.

Following a renaissance at Bologna in which he scored a career-best 22 league goals in his single season at the club, Baggio would return to Milan in the colours of Inter – the club which he had supported as a boy.

Despite scoring 17 goals in 59 appearances over two seasons, his time was marred by injuries and he would fail to win silverware with the club before finishing his illustrious career with Brescia.

An irrepressible talent at his mesmerising peak, Ronaldo or Ó Fenómeno as he would come to be known, would arrive at Inter Milan in a world record deal in 1997, the Brazilian star becoming the most expensive player in football history twice before his 21st birthday.

Having burst onto the European scene with a prolific spell at PSV Eindhoven, Ronaldo would enjoy a breathtaking individual season at Barcelona, persuading Inter to part with a record sum to sign the forward in 1997.

A powerful runner with dazzling footwork and pinpoint precision finishing, Ronaldo was simply devastating at the peak of powers and arguably the finest out-and-out centre-forward the game has seen.

His arrival at the San Siro was supposed to herald a new dawn as Inter looked to wrestle supremacy back from Milan and Juventus sides that had dominated the nineties. Ronaldo would predictably begin brilliantly with goal after goal, retaining the FIFA World Player of the Year award in 1997 after becoming the youngest ever recipient of the award the previous year.

The Ballon d’Or would follow, again the youngest ever winner, helping Inter to the UEFA Cup in his debut season before disaster would strike, injuries beginning to take their toll before his career was placed in doubt.

Ronaldo would rupture the tendon in his right knee against Lecce in 1999, before rushing back as a substitute for the Coppa Italia, lasting just seven minutes before clutching his knee once again in agony, barely featuring over the next three seasons following a succession of injuries.

He would rise again, winning the World Cup with Brazil in 2002 to win a second Ballon d’Or and enjoying a prolific spell amongst the Galacticos at Real Madrid, before returning to Italian football with AC Milan. His second stint in Italy would deliver just nine goals in 20 appearances, Ronaldo a shadow of his former glories.

An exhilarating talent whose brilliant best is at a level that has rarely seen before or since, though there is a sense of what might have been for both Inter and Ronaldo had injury not struck.

Beginning his career as an attacking midfield player, Pirlo’s performances for hometown club Brescia would attract the interest of Inter Milan, the Nerazzurri bringing the young star to the San Siro, though it would prove a frustrating period in the developing playmaker’s career.

Having failed to cement himself as a regular at Inter, Pirlo would spend time on loan at Reggina and former club Brescia, where he would be utilised in a deeper position at the latter, a move which would transform his fortunes.

After some impressive displays he would return to Inter, though would be sold to city rivals AC Milan in 2001. It would be in the red and black colours of Milan where Pirlo would begin to fulfil his potential, sitting in front of the defence and developing a reputation as one of the best deep-lying playmakers and set-piece takers in world football.

His effortless brilliance would help deliver two Serie A titles and two Champions League trophies during a glittering period under Carlo Ancelotti, all achieved with nonchalant style and swagger.

After 401 appearances and 41 goals he would be inexplicably allowed to leave for Juventus on a free transfer, a decision Milan – like Inter before them – would come to regret, Pirlo inspiring the Old Lady to four consecutive titles and being named as Serie A footballer of the Year in three successive seasons.

Another player to have formed part of Carlo Ancelotti’s all-conquering Milan side, Seedorf would firstly win Champions League titles at Ajax and Real Madrid before joining Inter Milan from the latter in 1999.

The Dutch international would spend three seasons in the famed blue and black, though he would fail to win silverware with the club during that period, with a Coppa Italia final defeat the closest the midfielder would come.

Part of a memorable trade deal between the two Milan clubs in 2001, Seedorf would head to the Rossoneri in exchange for highly-rated defender Francesco Coco and it would be his new side who would get the better end of the bargain.

Seedorf would help Milan end a 26-year wait for a Coppa Italia triumph in 2003, before helping Ancelotti’s side to Champions League glory that same year, defeating Juventus in the first ever all-Italian final on penalties to become the first ever player to lift the trophy with three different clubs.

Two Serie A titles and another Champions League would be added during a ten-year career at the club that delivered ten trophies, the Dutchman leaving the club for Botafogo having scored 63 goals in 431 appearances.

Sunday’s goalscorer has arguably enjoyed the greatest success either side of the divide, scoring prolifically for both teams and winning the Serie A title in the colours of both Inter and AC Milan.

Having starred during two seasons at Juventus, Ibrahimovic would leave the Turin side following their relegation due to the Calciopoli scandal, moving to divisional rivals Inter alongside teammate Patrick Vieira.

His first season at the club would deliver 15 goals and the Scudetto, Inter winning the title with a record 97 points. The following two seasons would see the Swede score prolifically as the Nerazzurri won three Serie A titles in succession, whilst his influence was rewarded by being named as Serie A Footballer of the Year and Foreign Footballer of the Year in successive seasons, the latter of which he also scooped the Capocannoniere award as Italian football’s leading scorer

Following an ill-fated season in Spain following a record-braking move to Barcelona, Ibrahimovic would return to Serie A on loan at AC Milan, initially on loan before signing on a permanent basis.

He would score 56 goals in just 86 appearances, being named as Serie A Footballer of the Year for a third time after firing the club to the league title in 2011 before earning another Capocannoniere award the following season with a 28-goal haul.

After spells with Paris Saint-Germain, Manchester United and LA Galaxy, he is now back in the red and black stripes seeking to create more history.