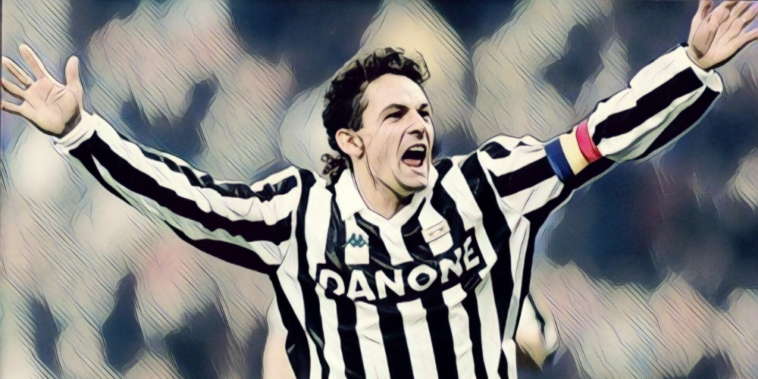 From the magic to the misfortune and several unforgettable chapters in between, the tale of Roberto Baggio is one that football will relive for decades to come.

It’s difficult to pinpoint the defining image of what proved an unforgettable career, as Baggio’s brilliance illuminated Italian football’s biggest clubs, with more than a fair share of drama sprinkled between his moments of genius.

The latest instalment of our 90s Hitmen series recalls the story of Il Divin Codino, a footballer who became one of his nation’s greatest talents and one of the defining players of the decade.

Baggio’s story in the sport – one both captivating and complex – was almost over before it had began, an anterior cruciate ligament and meniscus injury raising realistic fears that the teenager would not play again.

Baggio has risen to prominence at hometown side Caldogno before a move to join Vicenza’s youth ranks, his prolific exploits in the club’s youth side seeing the precociously talented youngster make his senior debut at just 15.

His breakthrough came during a 1984/85 campaign in which he scored 14 goals across all competitions, performances which resulted in predictable interest from further up Italy’s footballing pyramid.

Fiorentina secured the signing of Baggio for a fee of £1.5m ahead of fierce rivals Juventus, a remarkable fee for a teenager whose experience consisted of just one full season of third-tier football.

Disaster soon struck as the forward’s horrific knee injury came just two days after the deal with La Viola was agreed, but Fiorentina retained their commitment to the deal despite career concerns.

It was a show of faith that would prove vindicated.

Baggio’s battle down a long road of rehabilitation included fleeting appearances before a second serious knee injury, though his initial return included a majestic first league goal which contributed to saving Fiorentina from relegation and a wonderful free-kick to secure a point against Diego Maradona and Napoli.

The goal was a glimpse of what was to come as Baggio exploded on the Serie A stage, establishing himself as one of the most exciting players in the division in Fiorentina’s purple-shirted colours.

He scored 43 goals across his final two seasons in Florence, his last seeing Lorenzo Righetti’s side reach the UEFA Cup final, only to suffer an agonising defeat to domestic rivals Juventus.

The second leg saw riots break out following a goalless draw that saw the Turin side crowned winners, though the scenes were nothing in comparison to what would follow in Florence over the following days.

Just two days after defeat to Juventus, it was confirmed that Baggio would be sold to their conquerors in a world-record deal.

The streets of the city erupted in rage at a betrayal from both the club’s hierarchy and player, with president Flavio Pontello forced to take refuge from outraged fans in the club’s Stadio Artemio Franchi home.

Fiorentina’s financial situation had forced their hand as the club accepted Baggio’s record-breaking Turin transfer, but it was a deal the fanbase furiously failed to accept.

Having seen the pony-tailed trequartista win hearts after an initial show of faith, Baggio’s betrayal was a dagger to the heart of the Fiorentina fans and a stormy chapter of a rivalry that dated back decades with Juventus.

After featuring for Italy at a home World Cup in 1990 – including scoring a sensational goal against Czechoslovakia – an adaptation period followed his move north, though he scored 27 goals in all competitions despite a disappointing debut season in which Juventus finished seventh.

On this day in 1990, Roberto Baggio scored this beauty vs Czechoslovakia.

It had not been all plain sailing however, a fixture against his former side saw Baggio refuse to take a penalty with Luigi De Agostini instead missing from the spot as Juventus lost 1-0.

The forward’s decision to pick up a Fiorentina scarf hurled at him from the home support upon his substitution did little to endear him to a Juventus support showing reluctance to accept him.

Football fans can often be fickle in nature however, and it took little time for the Bianconeri to be won over by Baggio’s artistic elegance.

The following seasons were the pinnacle of Baggio’s balletic brilliance, with the star flourishing in a role of freedom behind the Juventus forward line.

He scored 20+ goals in each of his first four seasons in Turin, including a prolific run as Juventus won the UEFA Cup during the 1992/93 season.

Baggio scored three goals across the two-legged semi-final win over Paris Saint-Germain, before netting twice more as Borussia Dortmund were thrashed 6-1 on aggregate in the final.

His performances soon followed with the ultimate recognition, as Baggio was named as winner of both the Ballon d’Or and FIFA World Player of the Year accolades.

Having seen his career almost ended before it had began, Baggio now sat atop of football’s Everest as the best player on the planet.

Baggio’s lack of prominence during Italia ’90 was criticised by sections of the media, but four years later as Italy travelled to the United States for the 1994 World Cup – there was no disputing who was the Azzurri’s leading light.

One moment can often rightly or wrongly become a defining image and, for many, Baggio’s penalty miss as Italy lost to Brazil in the showpiece remains a clear but cruel memoir of his career.

That one kick of a football – blazed high over the bar at Pasadena’s Rose Bowl Stadium – is sadly the aiding memory of a tournament in which Italy’s finest footballer shouldered responsibility for his side’s passage through the latter stages.

After an unconvincing group stage Baggio was majestic when it mattered most, scoring at each stage of the knockout rounds, including late winners against Nigeria and Spain and a double to down surprise package Bulgaria in the semi-finals.

Just when it appeared Baggio was set for his footballing zenith, a costly kick ended Italian dreams.

Domestic success came the following season with a Serie A and Coppa Italia double, ending an almost decade-long drought for Juventus despite Baggio missing much of the campaign through injury.

His absence coincided with the emergence of Alessandro del Piero, with the newly-appointed Marcelo Lippi soon deciding he could do without the talismanic number ten.

AC Milan won the race for his signature and it was a transfer that paid initial dividends as the Scudetto was secured, with Baggio forming a formidable forward line alongside George Weah and Dejan Savićević.

Not for the first time, a fractious relationship with his managers contributed to a turbulent spell however, spending just two seasons at the San Siro amid disagreements with Fabio Capello, Óscar Tabárez and Arrigo Sacchi – the latter having earlier omitted Baggio from his Euro ’96 squad following a fall-out whilst Italy boss.

His next port of call would be a surprise move to Bologna, the forward’s desire to remain in Serie A and a lack of credible options resulting in the surprise switch.

Baggio – invigorated following his Milan malaise and in the absence of his trademark ponytail – enjoyed a sensational season with Bologna, scoring a career-best 22 league goals to fire the club to an eighth-place finish.

The 31-year-old had returned to his buccaneering best in the final third as Bologna built their side around the maverick’s magic, his performances earning Baggio a recall to the Italy squad for the 1998 World Cup.

There would be no fitting finale in his final major tournament despite two group stage goals as the Azzurri were beaten by host nation France on penalties, before Inter Milan provided Baggio with another opportunity at the highest level.

His spell on the opposite side of the San Siro proved largely a frustrated one however as injuries restricted his impact, whilst the arrival of former Juventus manager Lippi did little to improve his prospects.

The animosity between the pair saw Baggio frozen out for periods and provided the back-drop for a sensational final performance for the Nerazzurri.

Inter faced Parma in a play-off to secure Champions League qualification, with Baggio recalled amid a succession of injuries for the crucial clash.

He scored twice – two stunning strikes beyond Gianluigi Buffon – to secure Inter’s place amongst Europe’s elite and briefly relieve the pressure on the under-fire Lippi.

Expected to call time on an incredible career following his exit, he instead signed for Brescia and despite further injury issues remained with the club for four seasons – reaching double figures for Serie A goals in each campaign.

Almost two decades after a diagnosis brought fear that his footballing venture was over, he hung his boots up for the final time, receiving a rapturous ovation during an away clash at the San Siro.

The chronicles of Baggio are perhaps too diverse to cram into one such piece, a footballer who brought fantasy to Serie A pitches and overcame great odds to become the world’s best.

Often distrusted by managers who favoured athleticism over artistry, the best of Baggio came when the shackles of a special talent were truly unlocked.