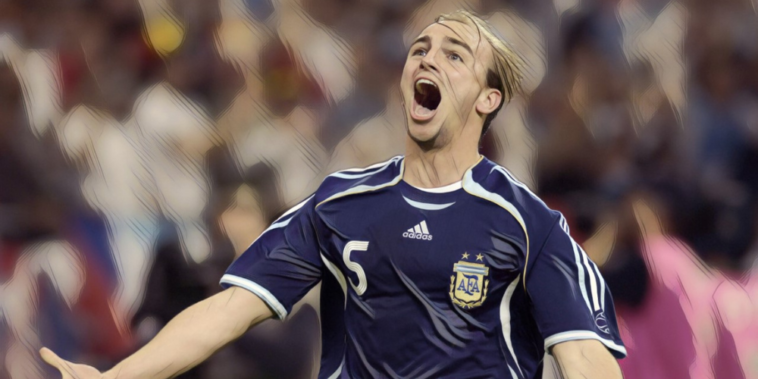 Italy were crowned world champions for a fourth time, defeating 10-man France on penalties in the final. Zinedine Zidane had been dismissed for the French, having left his imprint on both the tournament and Marco Materazzi’s chest before waving goodbye to the game.

Here are five of the best goals from the 2006 World Cup.

Germany opened their home tournament in style with an entertaining 4-2 win over Costa Rica in the opening fixture.

Phillip Lahm scored the first goal of the World Cup with a brilliant curling effort for the hosts, before doubles from Germany’s Miroslav Klose and Costa Rica’s Paulo Wanchope left the score at 3-2.

Torsten Frings then put the sealing touch on an opening win for the Germans with three minutes remaining, as the shaggy-haired star let rip with a rocket from distance. Jose Porras had no chance as the midfielder cut across the ball to send it flying towards the top corner.

Tomas Rosicky earned the nickname The Little Mozart for his ability to orchestrate on the pitch and the midfielder saved one of his best masterpieces for the 2006 World Cup.

Rosicky scored twice as the Czech Republic thrashed the USA 3-0 in their opening fixture, with the creator and Pavel Nedved running the show in Gelsenkirchen.

Nedved’s cross was headed out to the feet of Rosicky, who took two touches to set himself before unleashing a thunderbolt past Kasey Keller.

José Pékerman was trusted with taking charge of Argentina’s World Cup challenge in 2006, stepping up to the head coach role after several successes at youth level.

A Golden Generation of talent had won three World Youth Championships between 1994 and 2001, with several of those sides now in the senior team. Against Serbia and Montenegro in the group stage, Argentina looked like a team capable of becoming world champions.

Their 6-0 win was a breathtaking performance of fluid attacking football, with the highlight being Esteban Cambiasso’s glorious goal.

A 25-pass move led to their second goal of the game, one which began in their own half, was stitched together in stunning fashion, and saw Cambiasso slam home after a neat one-two with Hernan Crespo.

A team goal of the very highest standard.

England’s ‘Golden Generation’ failed to live up to expectations with a quarter-final exit, but did manage to score one of the goals of the tournament in Germany.

Joe Cole – then the occupant of England’s problem position on the left – scored this stunner in the group stage draw with Sweden.

England needed just a point to progress and secured a 2-2 draw with the Scandinavians, courtesy of Cole’s cracker from distance and a header from Steven Gerrard.

One of our best-ever #WorldCup goals!

As a half-cleared ball bounced up invitingly for Cole, he took one touch on his chest to set himself before unleashing an unstoppable dipping volley past Andreas Isaksson.

Maxi Rodriguez’s moment of magic was officially named as the World Cup’s Goal of the Tournament, a special strike which booked Argentina’s place in the last eight.

La Albiceleste were taken into extra time in a tight tie with Mexico, with Hernan Crespo scrambling in an equaliser for Argentina after Rafael Marquez’s opener.

Unable to be separated in normal time, Rodriguez produced something spectacular to decide the game. The winger cushioned Juan Pablo Sorin’s cross-field pass on his chest before lashing a left-footed volley past the despairing dive of Oswaldo Sánchez and into the top corner.

On Maxi Rodriguez’s birthday, a reminder of this prime ripsnorter at the 2006 World Cup.

Dear Lord. What a hit, son.