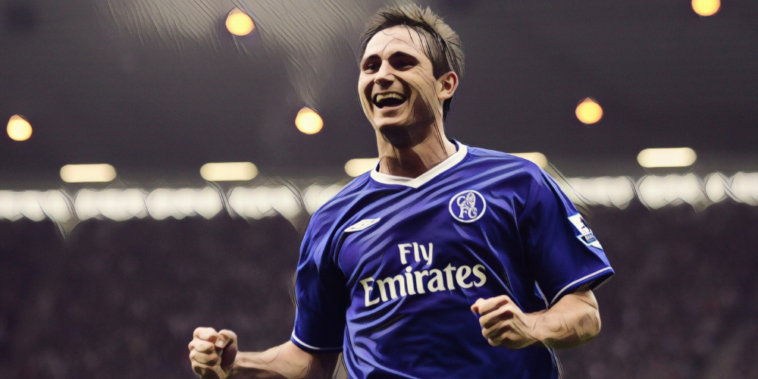 Greats of the Premier League era are set to be immortalised following the formation of a divisional Hall of Fame, the league having announced Alan Shearer and Thierry Henry as the initial inductees.

Fans across the country have now discussed which players warrant future inclusion amongst the pantheon of Premier League stars, and we’ve been looking back at the leading names in contention to be commemorated.

There has been no shortage of names who have left a lasting legacy on English football over the past three decades, with the abundance of midfield talent leading us to divide our nominations into decades.

After looking at the best 90s midfielders who deserve inclusion – which includes the absent Patrick Vieira here – in the Hall of Fame, we’ve moved onto the noughties with some of the league’s finest ever footballers having thrived throughout the 2000s.

Here are five noughties midfielders who should make the Premier League Hall of Fame.

Scholes could well have made our cut for the 90s having already won three Premier League titles before the turn of the millennium, but the midfielder’s best performances arguably came over the next decade as a key part of a dominant Manchester United side.

Scholes became the most successful English player of all-time during a glittering one-club career with the Red Devils, winning a staggering 11 league titles and twice lifting the Champions League.

Six of those league winners’ medals came during the 2000s as Sir Alex Ferguson’s side continued to cement their status as England’s dominant force, with Scholes at the heart of the club’s best sides with his sublime technique and unrivalled passing range.

The midfielder was one of the Premier League’s best ever exponents of two-touch football and often left opposition players chasing shadows, a footballer whose speed of thought kept him at the pinnacle of the sport for two decades.

Scholes initially began as a roaming attacking player who timed late runs into the box to score goals, before dropping deeper to occupy a playmaker role in the latter stages of a Manchester United career that delivered 718 appearances and 18 major honours.

Frank Lampard joins the aforementioned Scholes on the latest 23-man shortlist for inclusion in the Hall of Fame, a fitting tribute to a player who became the greatest goalscoring midfielder the Premier League has seen.

Lampard scored an astounding 177 league goals during his top-flight career, the fifth-highest figure of any player in the division’s history – an incredible achievement for a box-to-box midfielder.

Lampard came through the ranks at West Ham before making a cross-capital switch to Chelsea, becoming an integral figure in the side that emerged as one of England’s elite following a billionaire takeover.

The former England international was named as the FWA Footballer of the Year as Chelsea secured a first league title in 2004/05, later finishing the year as runner-up to Ronaldinho for the Ballon d’Or.

He helped Chelsea to a second successive league title the following season and incredibly reached double figures for league goals in 10 consecutive Premier League campaigns at his peak.

Lampard’s goalscoring exploits saw him become Chelsea’s all-time record scorer with 211 goals, calling time on his Stamford Bridge career with three league titles and the Champions League amongst his honours.

Steven Gerrard’s inclusion on the latest shortlist is a testament to his talents, few arguing the nomination of the former Liverpool midfielder despite his lack of a Premier League winners’ medal.

Gerrard came through the academy ranks on Merseyside before establishing himself as arguably the best player in the club’s history, proving a pivotal figure in the Reds’ successes of the era and carrying the weight of expectation from the fanbase.

The former England captain often delivered on the biggest stage for his side and became the first player in history to score in the finals of the FA Cup, League Cup, UEFA Cup and Champions League, helping his side emerge victorious on each occasion.

Three runners-up finishes were ultimately as close as Gerrard got to winning an elusive Premier League title, though there is a strong argument that there has never been a more complete midfielder in the division’s history.

Gerrard was named as the PFA Young Player of the Year in 2001 before winning the senior accolade five years later, his standing amongst his peers recognised with eight inclusions in the PFA Team of the Year – more than any other player in Premier League history.

Fabregas was promised a clearer pathway to first-team football after swapping Barcelona for Arsenal as a teenager, a promise that was kept as he became the Gunners’ youngest ever player and goalscorer aged just 16.

His initial emergence came with Arsenal the dominant force in England and opportunities increased following the break-up of that ‘Invincibles’ title-winning team from 2003/04, the Spanish schemer viewed as the poster-boy for a new generation.

Fabregas grew in importance and influence to the side to become one of the Premier League’s best midfield talents, winning the PFA Young Player of the Year award in 2007/08 and being named amongst the divisional’s best XI in consecutive campaigns.

He was brilliant in possession and became the creative fulcrum of the north London side, Fabregas possessing an ability to open up defences with one pass of pinpoint precision.

The Spaniard made 303 appearances for Arsenal in all competitions and became club captain before departing for Barcelona in 2011, and despite winning two league titles after signing for Chelsea three years later, the best performances of his career arguably came at the Emirates.

He ranks second in Premier League history for goals provided – his 111 assists bettered by only Ryan Giggs – and edges out names such as Claude Makelele and Xabi Alonso for inclusion.

Product of West Ham’s fabled academy system, he moved on to Tottenham for a two-season spell before attracting the interest of Sir Alex Ferguson, moving to Old Trafford in an £18m deal with the daunting task of replacing Roy Keane.

The second of those came alongside Champions League with Carrick starting in the first ever all-English final against Chelsea, his understated yet influential role crucial to arguably Ferguson’s last great side.

Carrick’s calming influence at the base of the midfield may not have garnered him headlines for much of his career, but his metronomic dictating often brought the best from those around him.