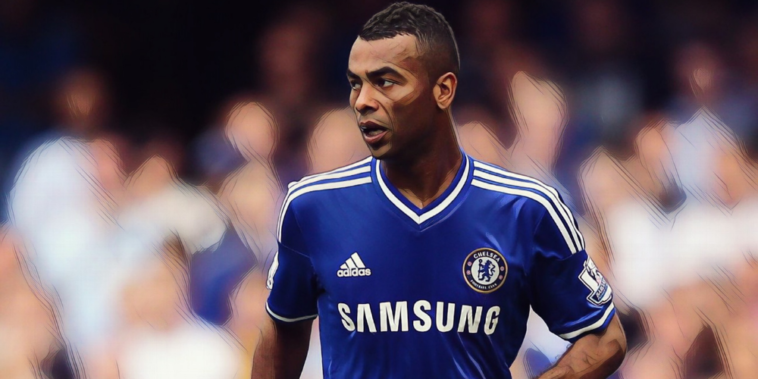 If there’s one thing the Premier League’s Hall of Fame has done, it is create endless arguments among football fans over which players are truly deserving of inclusion.

Alan Shearer and Thierry Henry became the first inductees into the newly-created celebration of the Premier League’s best, with little surprise or argument over the achievements of two of the division’s all-time greats.

After looking through at some of the greatest goalkeepers worthy of inclusion, we’ve decided to look at another often overlooked position and some of the best left-backs of the Premier League era.

Here are five left-backs that should be inducted into the Premier League Hall of Fame.

Modern full-backs often struggle to find the balance between their attacking instinct and defensive duty, with the latter occasionally neglected given an emphasis on venturing forward.

Denis Irwin was a left-back equally capable at both ends of the pitch, the former Manchester United defender boasting ever-reliable defensive skills alongside high-quality attacking output in the opposition third.

Irwin was understated but consistently brilliant and comfortable operating in both full-back positions, his crossing and set-piece ability a major weapon to Sir Alex Ferguson’s dominant side of the nineties.

The former Ireland international won seven Premier League titles and the Champions League amongst his honours, whilst he was twice named in the divisional Team of the Season.

Relentless and reliable down the left flank, Irwin was a manager’s dream and a player who scarcely produced anything less than a stellar performance.

A fair share of Stuart Pearce’s best football may have come before the Premier League era, but ‘Psycho’ remained one of the most daunting defensive opponents during the first decade of the rebranded division.

The left-back held down a role as England’s first-choice left-back for over a decade and won 78 caps, featuring in the sides that reached the semi-finals of the World Cup and European Championship in 1990 and 1996 respectively.

Pearce was far from a player with finesse and possessed a bludgeoning left foot, one that helped the former Forest captain to score 20 league goals during the Premier League era, including a huge eight from full-back during the 1994/95 campaign.

Pearce – then England captain – stayed with Forest following their relegation in the Premier League’s inaugural season and helped the club bounce back at the first attempt, later having spells at Newcastle and West Ham after leaving the City Ground.

Quite probably the best left-back of his generation and the Premier League era, Ashley Cole was the prototype for the modern full-back whilst still retaining an almost unbeatable skillset one-against-one.

Cole began his career in the youth system at Arsenal as a forward before being moved to a defensive role, losing none of those forward qualities as he regularly raced down the left to join the attack.

He won two league titles and three FA Cups with the Gunners and formed part of their legendary ‘Invincibles’ side that completed the 2003/04 season without defeat, before making a controversial cross-capital switch to Chelsea.

The honours continued to flow for Cole at Stamford Bridge as he racked up trophy after trophy, winning a further league title and the Champions League amongst eight major honours.

One of just a few Premier League players with a strong claim to being the world’s best in their position at their peak, Cole was a brilliant forward threat and even better defender.

Patrice Evra proved a fine servant for Manchester United and was perhaps Cole’s sole challenger as the Premier League’s best left-back at his best, signing from Monaco and becoming a fixture in the Red Devils’ side for eight seasons.

The France international immersed himself into the culture of the club and became a firm fans’ favourite for his extroverted passion and commitment, though those traits were mixed too with elite technical talent and athleticism.

Evra was often seen rampaging down the left-flank at breakneck speed before producing quality delivery, whilst his strong character made him a pivotal part of perhaps Sir Alex Ferguson’s final great side at Manchester United.

He won nine major honours including five league titles and the Champions League and was recognised as one of the Premier League’s best by his peers on three occasions, being named in the PFA Team of the Year three times in just four seasons between 2007 and 2010.

Robertson will have to wait some time before a potential inclusion with only retired players considered for the Hall of Fame, but the Scotland captain’s achievements in recent seasons have made him become a worthy future contender.

The left-back has enjoyed an extraordinary rise after being signed by Liverpool from relegated Hull, forming part of a Reds’ side that has enjoyed huge success under Jurgen Klopp, winning both the Champions League and Premier League – the latter achieved with a staggering 99 points.

Robertson – alongside full-back partner Trent Alexander-Arnold – have helped set new standards for productivity from full-back, racking up double figures for assists in consecutive seasons in 2018/19 and 2019/20.

The 27-year-old is already third in the all-time rankings for assists by Premier League defenders, with the two players above him – Leighton Baines and Graeme Le Saux – perhaps unfortunate to miss out on our five-man shortlist.