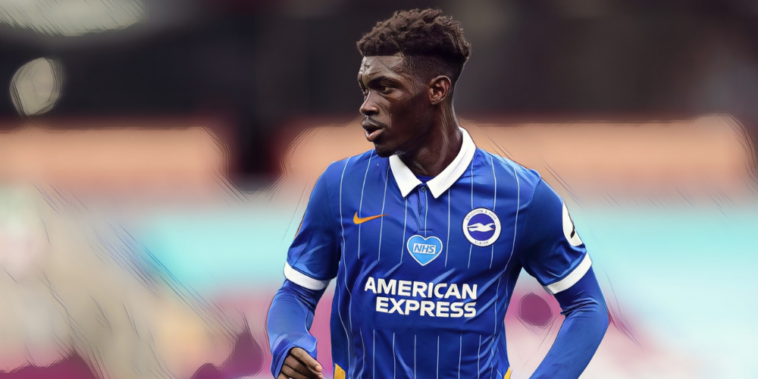 Brighton may have spent much of the season in the lower region of the Premier League table, but the Seagulls’ struggles have not prevented Yves Bissouma from attracting attention.

The midfielder’s all-action performances have not gone unnoticed by the Premier League’s leading sides and interest in the 24-year-old is expected to be high this summer, a number of clubs considering a move to prise him from the Amex Stadium.

Ahead of the summer transfer window, we look at how the bookmakers view the race for his signature with Bissouma a player who could spark a bidding war.

So for those of you interested in the best places to gamble online like Platin Casino Uk, here are the five favourites to sign Brighton midfielder Yves Bissouma.

Jose Mourinho strengthened his midfield options with the signing of Pierre-Emile Hojbjerg from Southampton last summer, the Denmark international having been one of the shrewdest investments of the campaign and leads the Premier League for tackles and tackles won.

Ranking second and only marginally behind the 25-year-old for tackles won is Bissouma, the midfielder having been a crucial part of the Brighton side with his ability to regain and recycle possession.

Spurs have been strongly linked with a move for RB Leipzig captain Marcel Sabitzer of late, but Bissouma offers an intriguing and Premier League proven alternative as the north Londoners seek midfield reinforcements.

Manchester United’s midfield is in need of overhaul this summer with uncertainty surrounding a number of the club’s current contingent, the ageing Nemanja Matic and out-of-favour Donny van de Beek having been linked with exits.

Ole Gunnar Solskjaer has often preferred a two-man axis of Scott McTominay and Fred for high-profile games, though the duo are rarely trusted to anchor the midfield individually with Paul Pogba shunted out onto the left in recent months.

The arrival of Bissouma could allow Pogba to return to a central role alongside Bruno Fernandes, with the Brighton midfielder a player capable of covering the ground as the deep-lying enforcer of a midfield three.

Bissouma has got better and better during each season with the Seagulls and could provide the perfect defensive dynamism the Red Devils have lacked.

Carlo Ancelotti’s first full season in charge of Everton has been a positive one with the club in contention to secure European qualification, a host of smart summer signings helping the Toffees to progress in 2020/21.

Key to the club’s improvement was the arrival of midfielders Allan and Abdoulaye Doucoure, who strengthened a previous position of weakness in the club’s engine room.

However, Everton possess a lack of options beyond that duo with Fabian Delph struggling for fitness and both Andre Gomes and Tom Davies largely unconvincing, another key addition perhaps capable of lifting the Toffees up another level.

Bissouma was excellent during the goalless draw between Brighton and Everton on Monday and his performance will not have gone unnoticed by the Merseysider’s recruitment team, the bookmakers pricing Ancelotti’s side as 10/1 third favourites.

Arsenal have been routinely linked with a move for the Mali international in recent months, as Mikel Arteta finalises his summer plans following a disappointing first full season in charge.

Last season’s FA Cup triumph perhaps masked the scale of the rebuild at the Emirates, the club currently ninth in the Premier League and facing the prospect of missing out on European qualification.

Securing a place in Europe will be key to Arsenal financially as they seek reinforcements, the Gunners’ transfer wish-list believed to include the signing of a left-back to provide competition for Kieran Tierney and an attacking midfield player – a position which could be filled by loanee Martin Odegaard.

Fellow loanee Dani Ceballos’ return to Real Madrid at the end of the season and the expected departure of Ainsley Maitland-Niles leaves a void to be filled in central midfield, Bissouma a fine option in what would form an exciting partnership with Thomas Partey.

Finances may dictate whether a move is feasible, but Bissouma would undoubtedly strengthen the spine of a side in need of fresh impetus.

Liverpool have been priced as 2/1 favourites to sign Bissouma from Brighton this summer, the Premier League champions seeking midfield reinforcements ahead of the expected departure of Georginio Wijnaldum.

Wijnaldum is expected to leave on a free transfer at the end of the season after failing to agree terms on a new deal at Anfield, with Barcelona speculated as his likeliest destination.

Bissouma shapes as an idealistic replacement for the Netherlands international who has been an understated presence in the Liverpool side for five seasons, the Brighton midfielder a player capable of breaking up attacks and providing the energy needed for Jurgen Klopp’s style of play.

The statistics weigh favourably in the signing of Bissouma as a defensive-minded replacement for Wijnaldum, the 24-year-old averaging more duels contested, duels won, tackles and take-ons completed per 90 minutes this season.

Uncertainty also surrounds the futures of fellow midfielders Alex Oxlade-Chamberlain and Naby Keita ahead of the summer window, the latter having failed to fulfil his initial potential in a Liverpool career largely wrecked by fitness concerns.