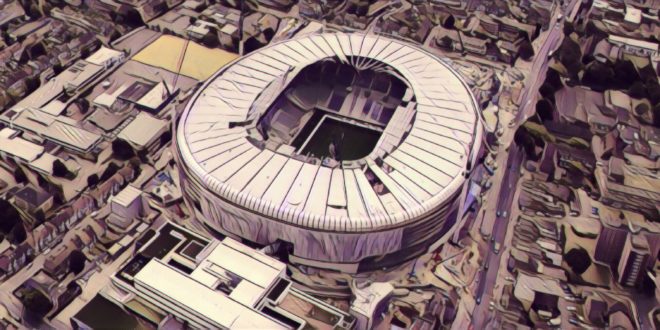 Five of the biggest stadiums in the Premier League

The Premier League is home to some of the biggest and most impressive stadia in the world, so here are the ones with the biggest capacities.

Originally built for the 2002 Commonwealth Games, Manchester City‘s stadium was first used for football in 2003. Ripping up the athletics tracks after it had served its initial purpose, the club converted Eastlands into a football ground, bringing the organisation as a whole into the 21st century as they sought to consolidate their Premier League status.

What they left behind was Maine Road, a beloved and classically English ground, but its time had been and gone. Although many criticise the Etihad Stadium for its soulless nature and lack of character, it has arguably been at the heart of City’s transformation; had they not been in possession of a world-class arena, would Sheikh Mansour have given such serious consideration to taking over the club?

Quiz: Can you name the UK’s biggest football stadiums?

Another ground not currently used for its intended purpose, West Ham United moved into the London Stadium after it hosted the Olympic Games in 2012. Leaving their spiritual home of Upton Park behind them in 2016, this shot the club right up the list of biggest capacities in the Premier League.

The Hammers new stadium is far bigger than their old one, but it lacks the atmosphere of the Boleyn Ground. It has also been a source of controversy ever since it was given to the east end outfit.

Arguably one of the first ‘modern’ super stadiums in the current era of football, Arsenal‘s 60,000-plus seater stadium was opened in 2006. It was met with great fanfare and believed that it would enable the club to compete financially with the likes of Chelsea and Manchester United, although they have continued to lag behind the richest teams in the past few years.

Gunners fans certainly pay for the views anyway, as they are charged the highest ticket prices in the country for football matches. At least they can say it’s one of the best stadiums in the land.

Read: Roy Keane’s most entertaining moments as a moment

Somehow this one has an even less original name than West Ham’s, but the Tottenham Hotspur Stadium is arguably setting a new benchmark for stadia, if not spiffy titles.

Although its opening was delayed by many months, it was worth the wait as it looks stunning from every angle, inside and out. So far the atmosphere sounds really good and doesn’t seem to suffer the same dulling effects most other modern stadia seem to. The single-tier south stand, which is modelled off Borussia Dortmund’s Sudtribune terrace, is just 5m from the pitch, closer than any other ground in the top flight.

The stadium also has the longest bar in the UK, its own microbrewery and can serve 10,000 beers a minute. But we never got that cheese room we were promised. For shame, Spurs.

Read: The stat that shows Spurs have always been more resilient than you think

Few stadiums in England can match the impressive stature of Old Trafford. The sheer size and vastness of it alone is enough to make you gawk like a geek.

With no refurbishments in the last decade, however, Man United’s ground has fallen behind other more modern stadia. At present it doesn’t even have a suitable wifi connection for the media.

Although most football clubs would kill to have an asset like Old Trafford, it needs to be brought in line with the prominence and ambition of United. Maybe therein lies the problem at the club.