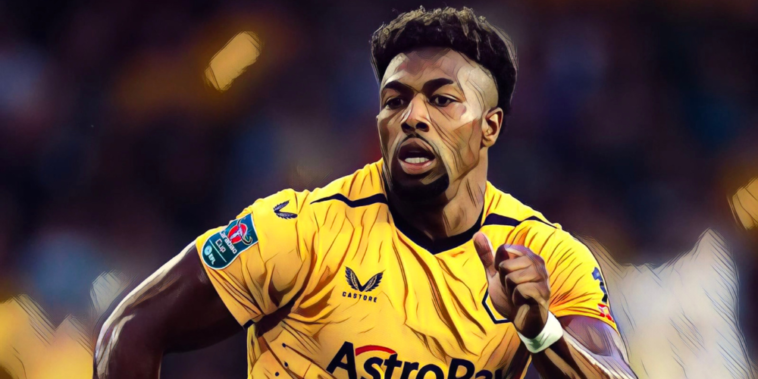 Pace is a potent weapon in football and on FIFA 23 that should be no different, with speed a fine option when looking to unlock opposition defences.

Ahead of the much-anticipated release of FIFA 23 later this month, we’ve looked at the five fastest footballers in the game.

Sheraldo Becker is part of a Union Berlin team upsetting the odds in Germany right now, with Urs Fischer’s team top of the Bundesliga after an unbeaten start to the campaign.

After two solid campaigns since promotion, Union Berlin are looking to kick on again this season and secure another place in European competition. Sheraldo Becker has been a key figure in their rise and has six goals in seven games so far this season, with the Suriname international’s explosive speed recognised in FIFA 23.

Becker boasts an overall rating of 76, but with 95 pace will be a potent weapon for any player looking to unlock the best of the Bundesliga on Ultimate Team.

Daniel James’ speed saw Fulham make a move to sign the winger this summer, securing the arrival of the Wales international on an initial loan from Leeds.

James can be an electric presence at his best and has a rating of 95 for pace in FIFA 23, with just two players quicker than the 24-year-old.

Vinicius Junior had a breakthrough campaign in 2021/22 as the winger began to fulfil his vast potential at Real Madrid.

The Brazil international scored 22 goals and provided a further 20 assists in all competitions, including the winner as the Spanish side beat Liverpool in the Champions League final.

His incredible season saw Vinicius form a thrilling partnership with Karim Benzema and his improvement has been recognised with a FIFA card that will be in high demand.

Vinicius’ 95 pace comes alongside a dribbling rating of 90, with the winger set to be a difficult proposition to stop.

Adama Traore has long been a flying machine and the Wolves winger again scores high on FIFA 23, with his 96 pace making the Spaniard the second-fastest player on the game.

Traore’s blistering speed comes with scores of 86 for dribbling and 83 for physical, in a reflection of his elite athletic attributes. Bruno Lage has remained unconvinced this season with Traore afforded just 55 minutes of Premier League football, but he’s sure to be utilised on FIFA 23 as teams look to exploit space in behind.

The face of the franchise at present and the fastest footballer on the game, no player can match Kylian Mbappe’s electric 97 pace.

For the first time Mbappe is the joint-best player on the game overall, in a fascinating five-man elite of the Frenchman, Lionel Messi, Robert Lewandowski, Karim Benzema and Kevin De Bruyne, each of who are rated at 91.

None of those come close to Mbappe’s speed however, while his scores for dribbling (92) and shooting (89) will likely make the Paris Saint-Germain superstar the most in-demand – and expensive – card in FIFA Ultimate Team.

Catch him if you can.