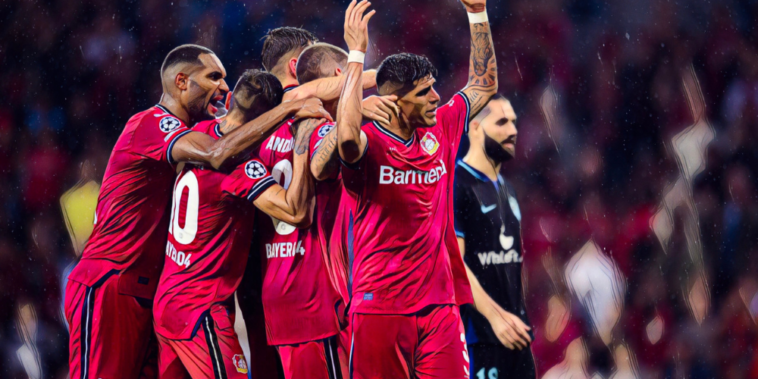 The highly-anticipated release date for FIFA 23 is fast approaching as avid fans of the franchise prepare for the final edition of the partnership between FIFA and EA Sports.

While the game has evolved over the past two decades with new modes such as Pro Clubs and the ever-popular Ultimate Team, Career Mode remains a staple of the game for many FIFA players.

Ahead of the release of FIFA 23, we look at five of the best teams to try on Career Mode.

Juventus will return to FIFA 23 after a three-year absence from the game, complete with correct badge, kit, stadium and all of the players in Massimiliano Allegri’s squad. Fans of the Serie A giants have become accustomed to operating with the generic version “Piemonte Calcio” in recent editions of the game, due to an exclusive licensing contract with Konami, makers of the rival eFootball game franchise.

This season Juventus fans will be able to use the club with real-life traits and the prospect of taking the Bianconeri back to the summit of Italian football will appeal. Juventus have finished fourth in consecutive campaigns after a decade of domestic dominance, but have the tools to challenge for the Scudetto in 2021/22.

The Serbian gives Juventus the lead with a stunning free-kick just 76 seconds into the match ⚽️ pic.twitter.com/ei3ULrK9DD

The likes of Dusan Vlahovic, Federico Chiesa and summer signing Paul Pogba provide a spine to build around, as Juventus look for success both at home and in Europe. Can you be the manager to end the club’s 26-year wait for a Champions League title?

So often the bridesmaids in the Bundesliga, Bayer Leverkusen have regularly flirted around the top end of German football without securing silverware.

Fans of a certain age will remember the team from the 2001/02 season, one which was on the verge of a Champions League, Bundesliga and DFB-Pokal treble, before falling at the final hurdle in each competition.

That season saw the Germans earn their unwanted “Neverkusen” tag, but after a third-place finish and Champions League qualification last season there is reason for optimism at the BayArena.

The likes of Moussa Diaby and Patrick Schick should earn major upgrade after brilliant seasons last term, with the latter hitting 24 goals to outscore Erling Haaland in the Bundesliga. Piero Hincapié, Adam Hložek and Florian Wirtz are the young talents to build around, as Leverkusen look to challenge the Bundesliga behemoth that is Bayern Munich.

It’s been ten straight seasons since a different champion was crowned in Germany.

For those looking for a long-term challenge, take on the task of guiding Stockport County up through the divisions of English football.

Stockport are back in the Football League after an 11-year absence, following a rollercoaster ride of financial issues that saw the club drop from the second tier of the English game to the sixth between 2002 and 2013.

Solid as a rock 💪

Some big performances yesterday from the lads at the back 🙌 #StockportCounty pic.twitter.com/BUe1h5PeVd

After a spell as a part-time club, County are back on the rise after investment from local businessman Mark Stott who came in at Edgeley Park and cleared the debts. Their summer recruitment upon promotion from the National League saw Stockport backed as favourites for successive promotions, but it’s been a mixed start with just two wins from their opening eight games.

Taking on Stockport will be a project, with the challenge to climb the divisions and rub shoulders with local giants Manchester United and Manchester City.

European football’s style icons were in danger of dropping out of FIFA 23 following relegation last season, but the Italian second division is set to return for the game’s latest edition.

Venezia have earned headlines across Europe in recent seasons for their stylish kits and colours, with your team sure to look good should you take on the challenge of guiding the club back into the big time.

Venezia's away shirt for next season. 🤍🧡💚

Serie B is packed with fallen sides in 2021/22, with Parma, Genoa and Palermo among those who will be competing for promotion back to the top tier. It’s been a long time since Venezia made waves on the pitch instead of off it, with their sole Coppa Italia success coming in 1941.

Want the funds to reshape your team however way you like?

Newcastle’s new found wealth is set to be reflected in FIFA 23, with the club’s Saudi-led takeover having made the Magpies the richest team in world football.

Eddie Howe has already invested some of those funds in exciting additions such as Bruno Guimarães and Alexander Isak, with the current team capable of challenging for European football. The ambitions of Newcastle should be far greater however, as the Magpies look to win major trophies.

Back at home tomorrow! 🙌

Not since 1969 have Newcastle won a major trophy, while the club’s last domestic honour came in 1955. Roared on at St James’ Park and with mega-money to spend, taking the team to new heights could be a thoroughly enjoyable save.