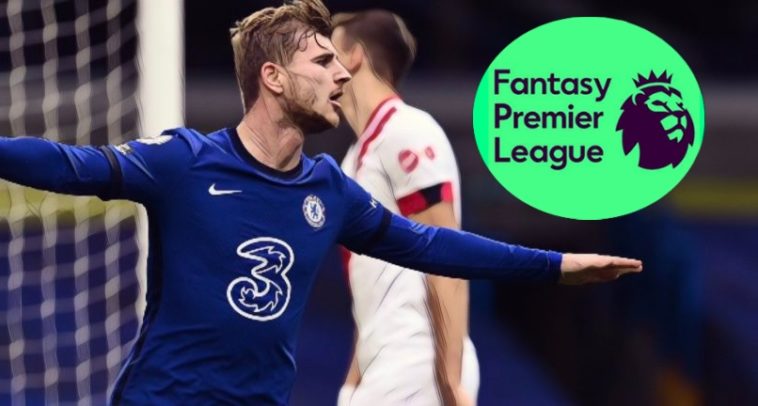 It was another wild week of action that saw most of the premium players return points, and a few surprise names grab a haul for themselves too.

The average points for gameweek 5 was 60, the highest of the season thus far, which is perhaps a sign that FPL managers are getting to grips with this wacky campaign. Or maybe we just got lucky.

Fantasy Premier League team of the week for GW5:

Burnley‘s star shot stopper made six saves against West Bromwich Albion on Monday night, keeping a clean sheet – his 27th in the Premier League – and earning the Clarets their first point of the season. Nick Pope (£5.5) was given all three bonus points on a night where he reminded everyone of his capabilities.

SCOUT: Nick Pope's first haul of the season is a big one

In his first two Premier League starts for Wolves this season Max Kilman (£4.0) has earned all three bonus points while his team kept consecutive clean sheets. The 23-year-old made five clearances, three interceptions and one block against Leeds United to help Wanderers to their third win of the campaign. The Londoner might just be the best bargain defender in the game right now.

It’s been a tough old time for Harry Maguire (£5.4) of late, but ol’ Slabhead responded by thumping the ball into the Newcastle net on Saturday. The Manchester United defender didn’t keep a clean sheet nor did he get any bonus points, but he still did enough to make the FPL team of the week.

5⃣ From a previous United no.5 to our current one…

The best Premier League stats of the week for GW5

Another England centre-back who has received flak in the recent past got on the scoresheet at the weekend, as Michael Keane (£5.1) rose highest to head the ball past Adrian in the Liverpool net. It was his second goal of the season and despite conceding twice, he earned one bonus point. Owned by only 5.3% of FPL managers, he could be a nice differential to own if Everton‘s defence tightens up.

No dance routines for these celebrations, a BIG goal for Ancelotti's men! pic.twitter.com/neRV7tanvh

Marcus Rashford (£9.5) was back to his best on Saturday as he provided a goal and two assists in Manchester United’s 4-1 win over Newcastle. Incredibly that only earned him two bonus points, but the England forward’s 15 points was the third biggest haul of gameweek 5.

For the third time this season Heung-min Son (£9.3) has provided double digit returns after scoring a goal and making an assist during Tottenham Hotspur‘s 3-3 draw with West Ham United. After so many managers transferred him out last week, around two million brought him in for GW5 and they were rewarded with a nice 13 point haul. Almost 48% of managers have him in their team now.

Who would have thought at the beginning of the season that Ross Barkley (£5.9) is a genuine FPL option once again? The Chelsea loanee has now scored in his first two appearances for Aston Villa, doubling his tally for the entirety of last season. He has fitted right into his new team and looks better than he ever did for the Blues.

Ross Barkley ever since he joined Aston Villa pic.twitter.com/ULZc0MqMzI

Seven Premier League players who impressed us in GW5

A goal ruled out for offside and a missed penalty couldn’t stop Bruno Fernandes (£10.5) from picking up all three bonus points at the weekend. The Portuguese playmaker provided a goal and an assist to bring his tally for the season to five goal involvements. He is yet to blank in an away game for Man United since joining in January. Essential?

The @ManUtd football in question ⬇️

They have waited for so long, but Timo Werner (£9.3) finally provided returns for his owners and did so in style against Southampton. The German striker scored a brace and laid on the assist for Kai Havertz to pick up the joint-biggest points haul of gameweek 5.

The Spurs striker looks to be back to his very best after netting a brace and assisting Son for his goal against West Ham. Harry Kane (£10.7) looks sharp in front of goal and has added a layer of creativity to his game that means he has even more avenues for points. Long may it continue.

1️⃣0️⃣ goals in all competitions so far this season for @HKane! 👏#threelionspic.twitter.com/L20Q5lqApH

Another striker who finally broke his duck for the season, Che Adams (£5.8) was brilliant against Chelsea on Saturday, scoring a goal and making an assist at Stamford Bridge. He took full advantage of the London outfit’s calamitous defending to score, and he could be on the verge of hitting a rich vein of form.

Read: A decade of FSG at Liverpool – The path to Premier League success