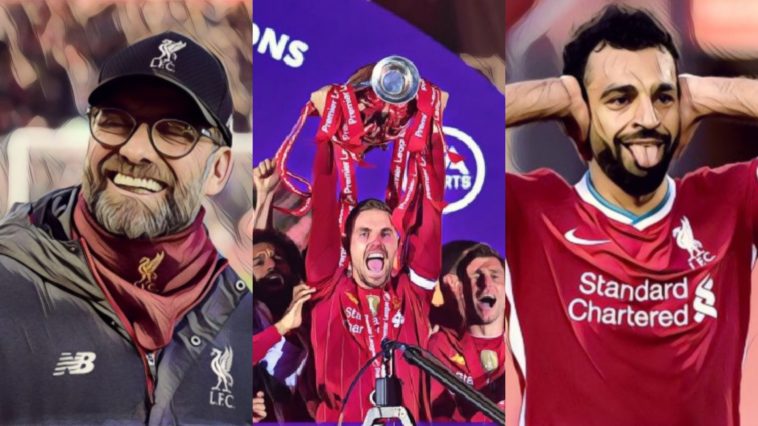 In the second of our two-part series following the ten-year anniversary of Fenway Sports Group’s takeover of Liverpool this past week, we analyse the Americans’ ownership of the Merseyside club on the pitch and in the backroom.

You can read part one here.

One cannot overestimate the effect of Jurgen Klopp’s appointment. A world-class manager who has made his teams infinitely better while in charge, this was a real coup considering his stature in the game. He could have easily gone to any of the very biggest clubs in the world, such as Bayern Munich, Real Madrid or Manchester United.

Liverpool have legacy and history, but they had finished outside the top six more times than they finished in the top two in the previous seven seasons. This was a club at a fairly low ebb and with none of the financial might of the very best clubs, so it was a genuine surprise he went there.

It would be churlish to give Klopp all of the credit for Liverpool’s success since then, but without him they aren’t in the position they find themselves today.

The German made an almost immediate impact. Although they finished eighth in the Premier League table, he guided them to both the League Cup and Europa League finals, turning a dead season into a pretty decent one, even if they went trophyless for the fourth year running. With no European football to contend with, a year later they qualified for the Champions League by finishing fourth.

By this point, the club’s recruitment strategy was more refined and efficient than it had been in the first five years of FSG. The Moneyball strategy that had been so successful with the Boston Red Sox attracted criticism from a commentariat that was wary of advanced analytics in football.

At first, their distrust was vindicated, as the club’s policy of bringing in young and peak age talent with the potential to grow failed to bear fruit. The likes of Joe Allen, Fabio Borini, Stewart Downing, Iago Aspas, Charlie Adam and many more flattered to deceive.

By 2017 they had a much greater understanding of the market and what they needed to build a competitive team. Roberto Firmino, Sadio Mané and Mo Salah all arrived one year after the other without breaking the bank. None of them were the finished article when they were bought, but went on to form one of the best attacking trios ever seen in recent years. They all share a commonality, too: very good attackers with excellent underlying numbers overlooked by big clubs.

The recruitment team, headed up by Michael Edwards, were now using statistics and analytics to get an edge in the market over their competitors. While others overspent on supposedly proven talents, they spent wisely on players before they hit their peak. In the case of Salah, he exploded into his prime years.

The Egyptian has been the matchstick that ignited the fire beneath Liverpool these past four years, elevating them from also-rans to one of the best teams in the world. They have been far from a one man team, but with 100 goals and 36 assists in four seasons, he has been the totemic figure on top of the pole.

In the meantime they built around their star men with some bargain buys: Joe Gomez (£6m), Joel Matip (free), Gini Wijnaldum (£25m), Andy Robertson (£10m), and James Milner, who will surely go down as one of the all-time great free transfers.

The Moneyball method isn’t just about finding value in relatively cheap players, though. It is also about spending big when the moment requires it. If you are able to buy a player who will transform the team, it is worth laying down a big fee for them. This is where the Philippe Coutinho deal comes in, possibly the finest bit of transfer business conducted in recent years, maybe ever.

Liverpool held out on Barcelona’s advances for the playmaker for a long time. In January 2017 he signed a five-year contract extension, which was essentially insurance against losing him for a small fee when he did ultimately leave. However, they turned down a bid of £72m in August and he started the season in red.

After providing 12 goals and nine assists in the first half of the 2017/18 campaign, Coutinho was finally sold to Barça in January for an initial £105m rising to a potential £142m. Liverpool took full advantage of the fact that the Catalan outfit still had a wad of cash burning in its pocket from Neymar’s move to PSG and, knowing how desperate they were for a new star, took them to the cleaners.

It’s what they did in turn with the Coutinho money that made this such a phenomenally successful deal, however. They immediately went and bought Virgil van Dijk from Southampton for a whopping £75m, then a world record fee for a defender. That was followed up in the summer with the purchase of Alisson Becker from AS Roma for £67m, also a then-record fee for a goalkeeper.

The recruitment team identified the players who could take the team to the next level and the club pushed the boat out to get them. With two defensive footballers who turned out to be world class operators, Klopp altered their high-octane, heavy metal pressing style to a more sedate approach that would see them pose greater control over matches.

Liverpool have also been a model for how to get deals done quickly and quietly, in stark contrast to their neighbours at Old Trafford. When they bought Fabinho from Monaco in 2018, it came out of nowhere. There were no leaks, no headlines revealing the details of a potential move and no Twitter accounts begging the club to “Announce Fabinho!” In today’s world of non-stop transfer speculation and insider knowledge, that is a true rarity.

On the other side of the table, they have been experts at selling off unwanted players for very good fees. Jordon Ibe (Bournemouth, £16m), Dominic Solanke (Bournemouth, £19m), Danny Ward (Leicester, £12m) and Ryan Kent (Rangers, £6.5m) were all young players with potential, but unproven at senior level. Yet each one left for a decent chunk of change. Aside from maybe Kent, none have justified the money spent on them.

Rhian Brewster (Sheffield Utd, £23m) is the most recent player to join this list and it remains to be seen if he will end up like the others, but a buy-back clause in his contract suggests Liverpool recognise his ability. Danny Ings (£19m) has turned out to be a bargain for Southampton, but at the time it looked like Liverpool got a very good fee for an injury-prone striker.

Ultimately, they’ve become experts on extracting the maximum value from players they consider surplus to requirement. This is vital to their business operations, why they’re now able to compete with the richest clubs and how they’re able to sign players like Thiago Alcantara.

However, worth noting that this £207m pre-tax profit is entirely due to £207m profit on player sales. Excluding these profits, #LFC would have broken-even. #LFC have spent everything they earned on expenses: revenue £1,353m less operating expenses £1,338m plus interest £15m. pic.twitter.com/eZbaUXiOwq

Although Liverpool are evidently one of the wealthiest clubs in the world, they still lag behind the likes of Man City, Man United, Chelsea and so on in terms of financial might, which is why they have to get the maximum value out of every deal. This has been one of the leading contributors to their on-field success, claiming the Champions League and Premier League in successive seasons.

Winning the league title is the ultimate vindication of everything FSG have done up to now, ending a thirty year wait for the holy grail. But not every decision they have made has been met with widespread approval.

The first major hurdle FSG faced when they announced the most expensive match ticket would rise to £77 and season tickets to £1,029, which was met with ferocious backlash by the supporters. 10,000 of those in attendance at Anfield for the clash with Sunderland walked out in the 77th minute, the first time the ground had ever witnessed such an organised action. Fans left the ground singing “You greedy bastards, enough is enough”.

There were arguments between those who supported the action and those who believed the team should be supported no matter what, but one can’t argue with the end result. FSG reversed their decision, freezing prices at 2015/16 levels for two seasons. It demonstrated the power fans possess if they organise and take action together.

While FSG got a lot of credit for renovating Anfield instead of moving the club elsewhere in the city, the criticism comes thicker and faster for their missteps. When the club put in an application to trademark the term ‘Liverpool’ to stop knockoff merchandise, Liverpudlians were not pleased in the slightest. The idea of a company owning the name of the city for commercial purposes didn’t sit right, and unsurprisingly the application was denied.

Earlier this year there was even more anger around the news that the club wanted to put non-playing members of staff on the government’s furlough scheme, due to the financial hit they were taking during the coronavirus pandemic. The city’s history with unemployment made this an emotive issue for local residents, and yet again the owners were forced into a U-turn.

Liverpool received criticism from the wider footballing community last week when The Telegraph revealed them and Manchester United were the masterminds behind Project Big Picture, a reformation of English football that would ultimately hand power to the richest teams in the Premier League. Whatever one thinks of the content within the document, it all comes down to money and how the biggest clubs can enrich themselves even further. The project has been shelved for now, but this topic will no doubt rear its head again with Liverpool at the forefront.

Mistakes have been made, but owners John W. Henry and Tom Werner have at least done what every supporter would want to see from the people running their football club: learning from errors made, making better decisions over time, and listening to fans all the while.

Perhaps these aberrations would be even more harshly scrutinised if it wasn’t for the success on the pitch. But one thing’s for sure: Liverpool supporters can, for the first time in the longest time, look to the future optimistically without the need for blind hope.

Read: Why unlikely trio of clubs could be in the running for Premier League title