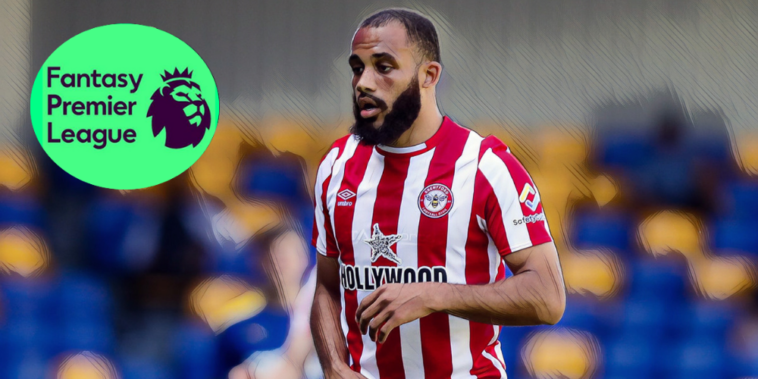 Fantasy Premier League continues to grow in popularity with the 2021/22 season fast approaching, avid players of the game deliberating over the big decisions ahead of the opening fixtures.

Whilst fantasy managers will be well aware of the highest points scorers from last season’s game, the premium purchases will take up a significant portion of your budget and cuts will need to be made elsewhere.

Promoted clubs can often provide great value early in the season with Norwich, Watford and Brentford new to the Premier League in 2021/22 and we’ve decided to look at five of the best FPL options amongst their respective squads.

Ivan Toney’s incredible achievements last season are reflected in his starting price-tag of £6.5m, a fairly large sum for a promoted player in Fantasy Premier League.

Toney signed for Brentford from third-tier Peterborough last summer and made an instant impact, firing the Bees to promotion through the play-offs and scoring a Championship record of 31 league goals.

The 25-year-old has risen through the lower divisions and looks primed to take on the Premier League this season with the forward far from short of confidence ahead of mixing it with England’s elite.

Don't sleep on Ivan Toney in the Premier League this season 👀 pic.twitter.com/0txShCAGUe

Toney’s record-breaking haul of goals was supplemented by an impressive 10 assists and last season’s leading scorer will be the crucial player for Brentford as they look to consolidate in their first-ever Premier League campaign.

Norwich bounced back into the Premier League at the first attempt and will hope to give a better account of themselves this time around, following relegation in 2019/20.

Daniel Farke’s side have sold key figure Emiliano Buendia to Aston Villa, but have bolstered with the exciting arrivals of Milot Rashica and Billy Gilmour from Werder Bremen and Chelsea respectively.

One player who has remained at Carrow Road despite continued transfer speculation is Max Aarons, the England u21 international having been a key figure in the club’s promotion as Championship winners.

Tottenham have been linked with the 21-year-old who has impressed with his attacking qualities, even if his displays are yet to turn into tangible output with only two goals and two assists from 45 league appearances last term.

That said, only Buendia made more key passes from open play than the right-back in the Championship last season, highlighting his potential for FPL points.

Another winger with a proven track-record of providing goal involvements in the second tier, Bryan Mbuemo is the last remaining member of a Brentford forward lined dubbed ‘BMW’.

Whilst Ollie Watkins and Said Benrahma have moved onto the Premier League with mixed success, Mbuemo will get his opportunity this season after helping fire the Bees into the top flight.

The 21-year-old has scored 24 goals and provided 17 assists across the past two Championship seasons, with his ten assists last term the joint-most in the Brentford squad alongside Ivan Toney.

Mbuemo’s total of 50 shots inside the box last season ranks him fifth amongst all FPL midfielders, whilst he has partnered Toney in a front two on occasion and enjoys a share of Brentford’s set-piece duties – adding to his appeal.

Watford turned down an approach from Liverpool last season to keep Ismaila Sarr at the club, a decision which proved vindicated as the Senegal international helped the Hornets to promotion at the first attempt.

The 23-year-old featured predominantly from the right-wing for Watford and showcased his goalscoring potential, netting a team-high of 13 league goals and providing a further four assists.

Sarr has provided 35 goal involvements in 70 appearances since arriving from Rennes two seasons ago and his lightning pace could be used effectively on the break as Watford seek survival.

Sarr’s potential, price-tag, and Watford’s strong set of opening fixtures to the 2021/22 season could make the winger the perfect fourth or fifth midfielder for your FPL side.

Recast your minds back two seasons ago and the 2019/20 Fantasy Premier League campaign began with a Pukki party, as the Norwich forward took the division by storm across the Canaries’ opening fixtures.

The Finland international scored six goals across his first five games to become an instant FPL favourite and whilst that productivity slowed he still finished with a respectable 11 league goals in a relegated side.

Pukki scored 26 league goals last season as Norwich romped to the title and will be key to their hopes of survival this term, having scored 66 league goals across the past three campaigns.

Only Brentford scored more goals than the Canaries in the Championship last season, though Pukki has been largely overlooked so far and stands in just 9.3% of squads at the time of writing, despite being the stand-out forward priced £6m or under.