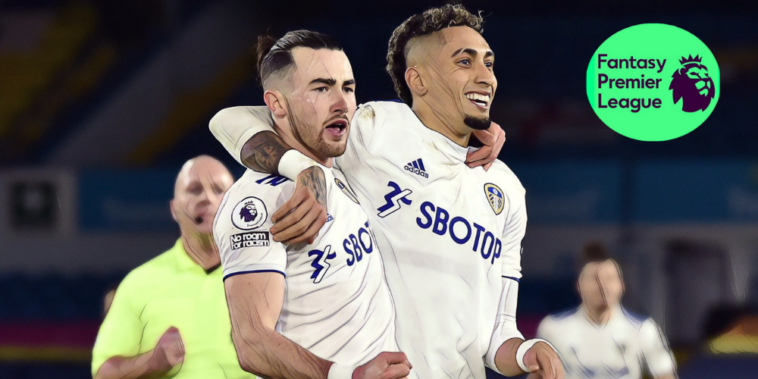 The Fantasy Premier League season is right around the corner and if you’re struggling to select your squad, we’re on hand with some humble advice.

Whilst most players are well aware of the premium selections, one of the keys to successful season in FPL is finding those bargain buys, the lower valued players that can haul major points.

We’ve picked out some of the best priced players in this season’s game, a selection of stars we believe can prove to be well worth the investment as the 2020/21 FPL season kicks off on August 13.

Emiliano Martinez is the only goalkeeper found in more FPL squads than Robert Sanchez at present, with the Brighton shot-stopper having been priced at a modest £4.5m in 2021/22.

No side in the bottom half of the Premier League conceded less goals than Brighton last season, whose 46 goals against was less than Europa League qualifiers Leicester and West Ham.

Sanchez made a huge impression after breaking into the side in December, keeping 10 clean sheets in just 27 league appearances to earn inclusion in Spain’s Euro 2020 squad.

Ben White’s departure is a blow to the Seagulls, but many are expecting Graham Potter’s side to improve on last season’s showings and there are no better goalkeeping options than Sanchez at his price-tag.

Despite ranking sixth in Fantasy Premier League for points per million in 2020/21 with 27.56, Crystal Palace goalkeeper Vicente Guaita has surprisingly dropped in value to just £4.5m.

Guaita kept eight clean sheets last season and earned 124 points, whilst he looks one of the few goalkeepers priced £4.5m or under who are set to begin the season as number one choice.

Much will depend on how Patrick Vieira’s reign begins following his appointment as Roy Hodgson’s successor, but with Joachim Andersen and Marc Guehi arriving to strengthen the side at centre-back, Guaita could be a fine rotational option in goal.

An almost guaranteed starter for a top six side and priced under £4.5m, Wesley Fofana is sure to attract attention ahead of the FPL.

Leicester look ready to challenge for the top four once again after agonising misses in each of the past two seasons and have enjoyed an eye-catching summer transfer window.

Fofana failed to provide an attacking return in 2020/21, but can improve on that record this season as part of a Foxes team aiming for the top once again under Brendan Rodgers.

It seems improbable that Luke Ayling failed to register a single goal or assist last season when viewing the underlying statistics, with the right-back’s 27 key passes and 14 shots inside the box almost identical to teammate Stuart Dallas (26 and 19 respectively) who finished as the highest-scoring defender in the game.

Ayling has the potential to deliver this season in a fluid and front-footed Leeds team, who also kept a respectable 12 clean sheets – level with Liverpool and Tottenham – on their top-flight return.

Tariq Lamptey’s exciting first full season at Brighton was curtailed through injury, with the right-back having made a huge impression with his forward forays down the flank.

Lamptey scored once, provided three assists and earned three clean sheets in 11 league appearances, totals which are all expected to rise in 2021/22 following his return to fitness.

Brighton also begin the season with favourable fixtures, facing Burnley, Watford and Everton in their opening three games of the campaign.

Raphinha proved one of the signings of the season for Leeds last term, becoming a key part of Marcelo Bielsa’s free-scoring side at Elland Road.

After just one attacking return in his opening eight fixtures, Raphinha finished the season with six goals and 10 assists from 30 games played, including three assists in four games as Leeds finished the campaign strongly.

What a signing. ✍️ pic.twitter.com/rw5E2IcayL

He ranked in the top three Fantasy Premier League midfielders for key passes, big chances created and assists, making him appear a steal at just £6.5m.

Jack Harrison’s first season in the Premier League proved memorable as he provided 16 goal involvements for the campaign, with no English midfielder providing more across the division.

Whilst plenty of FPL players have flocked to Leeds teammate Raphinha so far, Harrison shapes as an intriguing differential and sits in just 5.4% of squads at the time of writing.

His performances last season saw the 24-year-old finish sixth for total points amongst all FPL midfielders and he will be hoping to improve on that impressive haul in 2021/22.

West Ham’s Tomas Soucek (£6m) is another who should be a popular selection.

Emiliano Buendia is back in the Premier League after firing Norwich to promotion, though will feature in the colours of Aston Villa following a club-record move to Villa Park.

Last season the Argentine topped the Championship for chances created (122), assists (16) and final-third passes completed (735), scoring 15 goals and providing 16 assists to be named as the division’s Player of the Season.

During the 2019/20 Premier League season, Emi Buendía was the only player with 60+ chances created, 60+ take-ons completed and 60+ tackles made:

Signed to ease the creative burden on Grealish, Buendia could thrive amid a better supporting cast in Dean Smith’s exciting side.

Handed the number ten shirt ahead of the new season, Emile Smith Rowe is set for a major role in Arsenal’s campaign following his importance to their second-half of the season performances last term.

Introduced to the side for the Boxing Day win over Chelsea, the academy graduate scored twice and provided four assist across 18 league starts for the north London side.

With Martin Odegaard having returned to Real Madrid, Smith Rowe could start the season as Arsenal’s first-choice in an attacking midfield position and at just £5.5m looks a sound investment.

We’re well aware that Tammy Abraham has been ostracised by Thomas Tuchel and featured for just 140 minute of Premier League action following the German’s January arrival as head coach.

That time spent warming the bench has seen Abraham’s value drop to just £6.5m, a sum which if – as expected – he leaves Chelsea in search of regular first-team football could prove a bargain buy.

Abraham has finished as Chelsea’s leading scorer in each of the past two seasons and scored 12 goals from just 18 starting appearances last season, a record that makes him a safer bet than gambling on a succession of lower-end forwards in the same price-bracket.

This selection depends on whether a move is secured, but should Abraham become the leading striker at West Ham, Arsenal, Aston Villa or another club reportedly interested in his services, he shapes as a fine addition to any FPL squad.