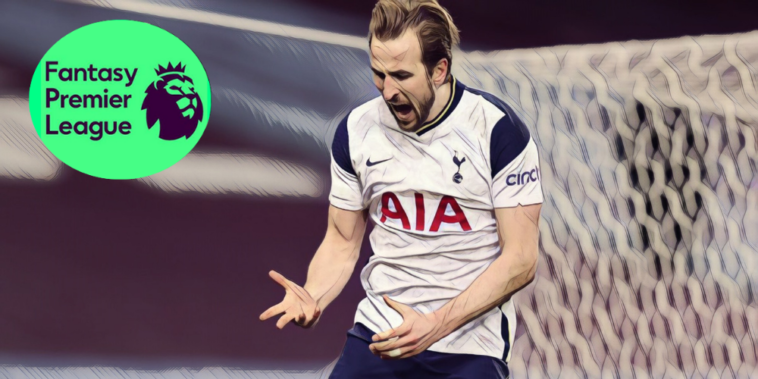 The new Fantasy Premier League season is just around the corner and managers across the country will soon be desperately scrambling to finalise their teams before the season gets underway next month.

As always we’ll be on hand to offer our humble advice ahead of the new campaign, with guidance on selections for the FPL season.

If you’re struggling to select the premium players for your 2021/22 side, why not check out the best performing players from last season’s game.

‘Pep roulette’ has often been the curse of Fantasy Premier League managers with the Manchester City manager’s line-ups leaving everyone second guessing, but there remains huge value in selecting stars from the Premier League champions.

Riyad Mahrez ranked tenth in the division for points-per-game last season, having provided 15 goal involvements in just 23 starts for the Etihad outfit.

That latter figure is one that will concern manager’s however, with Mahrez – whose starting price has risen to £9m for the news season – facing strong competition for places from Raheem Sterling, Phil Foden, Bernardo Silva and Ferran Torres.

Jamie Vardy enjoyed another fruitful FPL season for Leicester, despite seeing his form tail off following a bright start with the evergreen forward averaging 5.5 points per game.

Vardy scored 11 goals in his first 13 league games of the campaign, though that form slowed with the Foxes’ forward netting only five in 21 appearances over the second half of the campaign, with surprise package Kelechi Iheanacho shouldering the goalscoring responsibility.

Priced once again at £10.5m, managers should perhaps urge on the side of caution when selecting Vardy, whose minutes may be managed following the signing of Patson Daka from Red Bull Salzburg.

Which of these premium midfielders will be in your #FPL team? pic.twitter.com/4XRlWJs2lI

De Bruyne was named as the PFA Player of the Season for a second successive campaign after providing 18 goal involvements in 23 starts for champions Manchester City, and the Belgian’s incredible productivity make him a prime candidate for selection.

Gundogan started last season’s game priced at just £5.5m but matched De Bruyne’s points per game average and bettered the Belgian’s overall points. He’ll cost you substantially more in 2021/22 however, having been bumped up to a new price of £7.5m.

The fourth Manchester City player to feature and the highest scoring player in terms of points per game for the Premier League champions, John Stones became somewhat of an FPL cult hero last term following his renaissance at the Etihad.

Stones’ 5.8 points per game was the highest average of any defender, whose £5m starting price made him the perfect mid-priced asset for your backline.

The 27-year-old is expected to feature regularly next season one again despite the presence of Aymeric Laporte and can be selected for an increased price of £5.5m in 2021/22.

Son Heung-Min continues to be a fine FPL asset and last season delivered the best haul of his career in English football, ranking fourth for overall points and fifth for points per game following a 17-goal campaign.

Salah has scored 95 league goals across the past four seasons for the Reds and netted 22 last term despite the club’s struggles. With Jurgen Klopp’s team expected to return stronger amid the return from injury of names including Virgil van Dijk, Salah could be the game’s must-have asset once more.

Salah is the most captained player for the 3rd successive season ©

He's been the top pick 12 times, again the most this season and over the last three years. Bruno Fernandes was second on 11#FPL pic.twitter.com/2SgT3Qr7tW

The Egyptian remains the only player in FPL history to have breached the 300-point barrier, following a record-breaking 32-goal campaign in 2017/18.

Had someone suggested that Jesse Lingard would be on this list at the start of last season, they’d probably be checked in for medical examination.

Lingard started the last campaign exiled at Manchester United and didn’t play a single minute of Premier League football until February, where a loan move to West Ham saw the midfielder star.

Nine goals and four assists in just 16 league appearances resulted in an elite average of 6.6 points per game and if the England international – priced at £7m – will appeal if he makes a permanent move to the London Stadium this summer.

Bruno Fernandes had looked capable of joining Mohamed Salah in the exclusive 300-point season club during the 2020/21 campaign, though the midfielder’s form dipped during the run-in.

That said, only one player bettered Fernandes’ average of 6.6 points per game, whilst he finished as the leading scorer in FPL with a huge 244 points.

Unsurprisingly that level of performance has led to a price hike with Fernandes now costing £12m, a £1.5m upgrade from his starting price last term.

However, he remains the Red Devils’ main man and a player who hauls points with huge regularity and his current 40.9% ownership indicates FPL managers feel more points are on the horizon.

Harry Kane’s average of 6.9 points per game was the highest in FPL last season, the Tottenham forward enjoying an excellent individual campaign to win both the Golden Boot and Playmaker Award.

That the 27-year-old registered 37 goal involvements in a mediocre Spurs side makes his performances all the more impressive and he will be a popular selection once more.

Priced at £12.5m, he is the joint most expensive asset in the game alongside Salah, but Kane has often justified his premium price tag and looks ready for another high-scoring season in 2021/22.