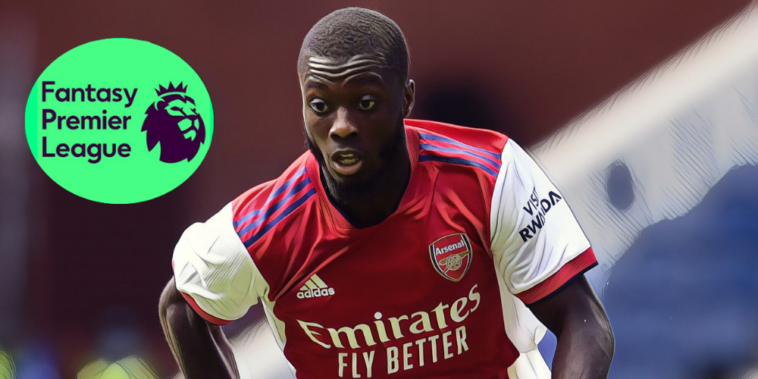 Crucial to a successful campaign however, is spotting potential in lesser-heralded FPL names, players who could just move from talented asset to bona fide essential pick throughout the campaign.

To try and get you ahead of potential bandwagons, we’ve picked out five players we believe could enjoy huge seasons in Fantasy Premier League this season.

Phil Foden has enjoyed a £1.5m price increase ahead of the 2021/22 season following his most productive season as a Manchester City player, scoring 16 goals in all competitions and earning an impressive 135 FPL points.

The 21-year-old featured far more prominently than he has done in recent seasons with the midfielder now established as a starter in Pep Guardiola’s best side, his minutes only set to increase next term as he begins to truly fulfil his vast potential.

Foden registered 14 league goal involvements in just 17 starts last season, a hugely impressive return for a player classified as a midfielder in Fantasy Premier League, with only Kevin De Bruyne involved in a higher percentage of City’s goals when on the pitch.

City’s interest in Jack Grealish and failure to sign a forward in the transfer window to date also raises the possibility of Foden operating as a false nine next season.

Another bright young talent who reached new levels last season, Harvey Barnes’ season was sadly curtailed through injury with the winger pushing hard for a place in the England squad ahead of Euro 2020.

Barnes’ injury is perhaps the sole reason his price has failed to increase from last season, having enjoyed great productivity over the opening months of the season for Champions League chasing Leicester.

The 23-year-old scored nine league goals in just 22 league starts and provided a further three assists, with Barnes a player easily capable of reaching 15 goals for the Foxes in 2021/22.

For a mid-priced midfielder that would represent some haul, but after returning to fitness will be hoping to make up for lost time and fire Leicester’s top-four pursuit.

Priced at £5.5m, Luke Shaw’s modest valuation has – at the time of writing – made him the second most selected FPL player ahead of the new season behind only Mohamed Salah.

Shaw ranked only 15th for total points amongst defenders last season and trailed both teammates Aaron Wan-Bissaka and Harry Maguire overall, but has the capabilities to be the leading defensive scorer in Fantasy Premier League this season.

The 26-year-old registered five assists last term, before providing four goals involvements in just six games for England at Euro 2020 – including scoring in the final defeat to Italy.

Manchester United conceded more goals than any other side in the top four last season, but with the impending arrival of Raphael Varane providing the Red Devils with an elite centre-back partnership, Shaw can mix both clean sheets with attacking returns in 2021/22.

Fantasy Premier League bargains ahead of the 2021/22 season

It’s fair to say that Nicolas Pepe has flattered to deceive since signing for Arsenal in a record deal, the £72m club record signing having struggled to showcase his best on a consistent basis.

Pepe initially struggled to win favour under Mikel Arteta, but enjoyed a fine end to the season and will hope to take that momentum into the 2021/22 campaign.

Having started just four of the Gunners first 19 league games of the season last term, the winger started 12 of the following 19 and provided 11 goal involvements in that time – registering eight goals and three assists.

Pepe also registered more shots, shots on target and shots inside the box than any other Arsenal player from gameweek 20 onwards in 2020/21.

The 26-year-old finished the season with 16 goals from 26 starts in league and European action, a superb total for a wide player and one valued at just £7.5m in Fantasy Premier League this season.

Raphinha made a major impression on Leeds last season after signing from Rennes, becoming one of the signings of the season after an initial period of adaptation at Elland Road.

The Brazilian did not start a league fixture until the ninth game of the season, but from there grew in importance and influence as part of a vibrant Leeds attack.

Despite being priced at just £6.5m, Raphinha ranked in the top three FPL midfielders for key passes (64), big chances created (12) and assists (10) from his first start onwards, whilst his metrics for shots, shots on target and shots inside the box all ranked within the top six midfield players.

With a season of experience in English football behind him and a manager willing to trust his attacking players, there is no reason why the 24-year-old can’t improve hugely on his 16 goal involvements in 30 league appearances.