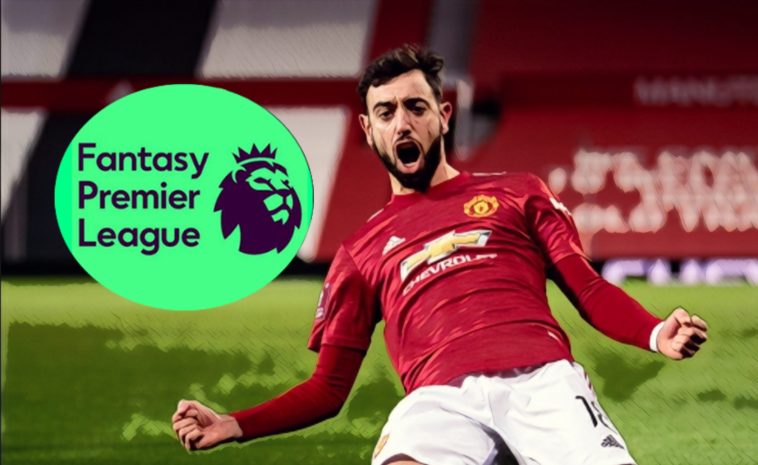 After the relative mini-break caused through midweek FA Cup action, gameweek 24 arrives for Fantasy Premier League managers this weekend and brings with it a whole host of talking points.

Liverpool travel to Leicester in Saturday’s lunchtime kick-off looking to bounce back from their recent home humblings, whilst Jose Mourinho will be attempting to outwit old rival Pep Guardiola once more as Tottenham look to stop Manchester City’s winning streak.

The latter are one of four teams who play twice in gameweek 24 alongside Everton, Burnley and Fulham, and you can check out our all best advice for the impending round of fixtures on the Fantasy Faithful Podcast.

As always we’re on hand to help with the difficult decision of selecting your captain, here are some of the best options for gameweek 24:

The most reliable asset in FPL just continues to keep delivering with Bruno Fernandes following a huge 17-point haul against Southampton with another seven points in gameweek 23, the Manchester United midfielder now 14 points clear of Mohamed Salah and Son Heung-Min as the game’s highest-scoring player.

Fernandes will look to add to his huge haul when Manchester United made the trip to face struggling West Brom this weekend, the Baggies having won just twice all season and in possession of the division’s worst defence having conceded a staggering 54 goals – 15 more than the next worst defence in Crystal Palace.

United are currently on a club-record run of 18 league games unbeaten away from home in the Premier League and there are few who would bet against that run extending into a 19th fixture this weekend.

Fernandes leads the Premier League for expected assists, passes into the penalty area and through balls this season and, with 13 goals and nine assists in 22 starts, is often the Red Devils’ best avenue to goal.

Calvert-Lewin has returned to form in recent weeks after ending a seven-game drought with goals against Leeds and Manchester United, continuing his fine form in midweek by netting in Everton’s thrilling FA Cup win over Tottenham.

The 23-year-old is now the third-highest scoring forward in FPL this season ahead of a gameweek 24 in which Everton play twice, both fixtures coming at home against Fulham and Manchester City respectively.

Calvert-Lewin scored twice in the reverse fixture with Fulham and despite defensive improvement the Cottagers will arrive on Merseyside mired in the bottom three and without a win in their past 12 league fixtures.

The England international will then face a Manchester City side whose defensive record has been incredible so far this season, though may fancy his chances of unsettling the league leaders having enjoyed a strong record against the Premier League’s ‘big six’ this season.

Calvert-Lewin has netted goals against Spurs, Liverpool and Manchester United in 2020/21 and heads into the double gameweek back in form.

FPL managers should pay close attention to Everton team news, however, with the star having limped out of the midweek win over Spurs.

The Germany international has revelled in a new role which has provided him with greater freedom to push forward in search of goals, ghosting into the opposition penalty area to become the driving force behind City’s title challenge.

Gundogan has two fixtures in gameweek 24 and whilst clashes with Tottenham and Everton are likely to prove testing to City’s title challenge, it is difficult to overlook the 30-year-old’s form and the double chance for an FPL haul.

Phil Foden (£6.1m) produced an exceptional display at Anfield which makes him an alternative candidate amongst City’s attacking options, whilst Raheem Sterling (£11.6m) has provided attacking returns in four of the past five fixtures he has featured.

FPL Podcast: The best double gameweek players to own in GW24

Two goals and three assists in his past six league fixtures makes Michail Antonio an attractive option for the captaincy this week, with West Ham hosting bottom side Sheffield United at the London Stadium.

David Moyes’ side saw their push for Europe falter with a goalless draw at Fulham last time out but have been amongst the form sides in the Premier League since the turn of the New Year.

West Ham have won five of their seven Premier League fixtures in 2021 including impressive wins against the likes of Everton and Aston Villa, and will hope to improve that record against a Blades side some 12 points adrift of safety.

Antonio – who has struggled with injuries so far this season – was rested for the midweek FA Cup exit at Manchester United and West Ham will be hoping the additional recovery will lead to a re-energised performance on Monday night.

Bruno Fernandes has dominated captaincy selections when looking towards Manchester United but in Marcus Rashford the Red Devils boast an interesting differential option this weekend.

Rashford is quietly enjoying the most productive season of his career to date and has provided two goals and three assists in his past six appearances in all competitions, whilst his record of 27 goal involvements for the campaign (16 goals, 11 assists) is bettered by just four players across Europe’s five major leagues.

Those four players are Robert Lewandowski, Harry Kane, Bruno Fernandes and Erling Haaland, an indication of the company Rashford is keeping across all competitions this season.

The 23-year-old celebrated his 250th appearance for the Red Devils in midweek and will hope appearance 251 can deliver a haul of FPL points against a struggling West Brom side at The Hawthorns.