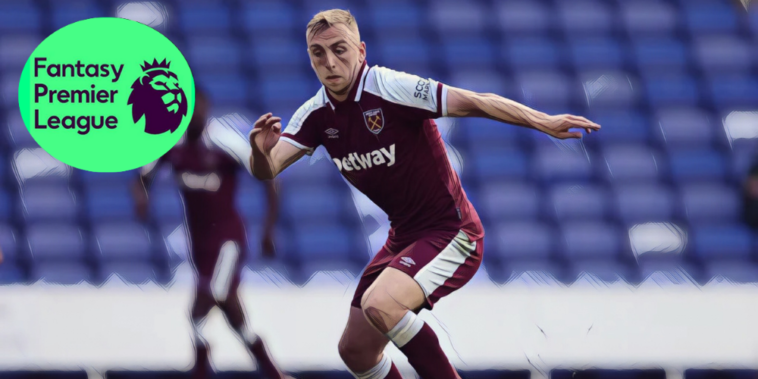 Fantasy Premier League is back for the 2021/22 season with avid players of the game having less than two weeks to finalise their squads for gameweek one as the Premier League campaign fast approaches.

Fantasy managers will have been casting an eye over pre-season performances as they bid to make a flying start to the new season, and we’ve picked out a selection of Premier League players who have been in fine fettle.

Here are six FPL players in fine form this pre-season.

Bowen has provided two goals and two assists across three friendly fixtures and netted from the penalty spot in the absence of Mark Noble and Michail Antonio during a friendly draw with Dundee, before providing an assist for an own goal during a 2-1 win over Northampton.

Bowen was influential and on the scoresheet once again as Celtic were thrashed 6-2 on July 24, a fixture which also saw Antonio (£7.5m) score twice and provide an assist.

With many of the Premier League’s premium assets having spent the summer at major tournaments, Manchester City winger Riyad Mahrez could prove a fresh and fine alternative during the opening weeks of the FPL season.

The Algerian has looked razor-sharp for the Premier League champions during their pre-season campaign, producing an electric display and scoring a stunning free-kick as Preston were beaten 2-0 on July 27.

Mahrez scored once again and provided an assist as Barnsley were thrashed 4-0 four days later and the 30-year-old – whose 145 points in 2020/21 ranked him fourth amongst Manchester City players – looks primed for a fast start.

Patrick Vieira’s revolution at Crystal Palace has began with the signings of several bright prospects, the additions of Michael Olise, Marc Guehi and Conor Gallagher freshening up an ageing and depleted squad.

The key for the Eagles remains the threat of Wilfried Zaha however, with the Ivorian having looked sharp during the club’s pre-season schedule, scoring the decisive goals in 1-0 wins over Walsall and Ipswich Town.

Zaha’s has flourished from a position on the left side of the attack and his goal against Ipswich came from the penalty spot, the 28-year-old appearing the club’s designated spot-kick taker in the absence of midfielder Luka Milivojević.

Ollie Watkins ranks as the most selected forward in FPL at the time of writing, with a combination of Aston Villa’s favourable opening fixtures and the star’s impressive performances last term making him a popular selection.

Watkins scored twice in a 4-0 win over Walsall on July 21, both goals supplied by summer signing Emiliano Buendia as FPL managers eye up another potentially fruitful partnership.

Watkins then grabbed a goal and assist during a comfortable 3-0 win over Bristol City and the England international will be looking to improve on a strong showing in 2020/21 that delivered 14 league goals and five assists for Dean Smith’s side.

Ivan Toney ranks behind only Watkins in terms of popularity amongst forwards so far, the Brentford talisman’s record-breaking Championship season having attracted FPL players.

The 25-year-old has been in impressive form during pre-season and got Brentford up and running with a goal during a 2-0 win over non-league Boreham Wood on July 20, before scoring twice – including a free-kick – as a Watford XI were beaten 3-0 four days later.

Another name entering the new season fresh after a full summer of training with Tottenham, Son Heung-Min has been in brilliant form for the north London side during their pre-season schedule.

The South Korea international’s 27 goal involvements last season trailed only teammate Harry Kane and Bruno Fernandes, though Son has been priced lower than the game’s most expensive assets.

Son scored once and provided two assists from an advanced position as Spurs ran out 3-0 winners against Colchester on July 21, despite being substituted at half-time of the clash with the League Two side.

He picked up another goal and assist as MK Dons were beaten 3-1 on July 28 and with the future of Harry Kane remaining uncertain following his refusal to rejoin training, Son could begin the new season leading the line for the north Londoners.