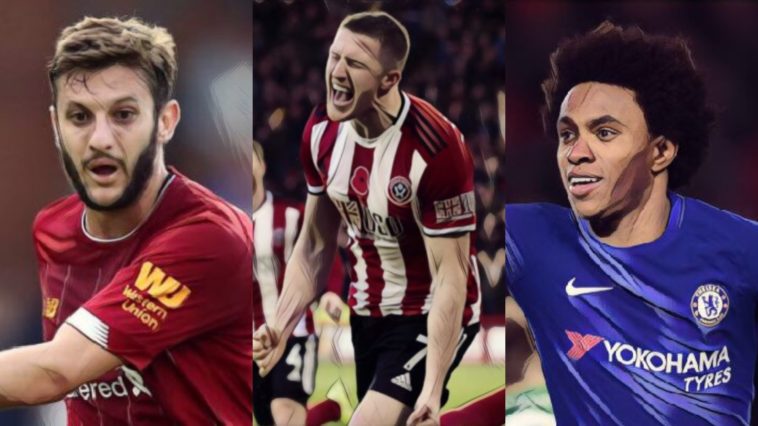 Here is every single player in the Premier League with a contract that is due to expire in the summer of 2020.

With the coronavirus pandemic continuing to cause headaches for the football world as league schedules are thrown up in the air and, in some cases, just thrown out altogether.

One of the major dilemmas, however, is the contract situation, particularly in relation to those that are about to expire this year. The footballing authorities wish to figure out an end to the football calendar one way or another before that can happen, so as to avoid a legal quagmire.

Here are the players that will be most affected in the English top-flight:

There are no Arsenal players whose contract expires this year.

Centre-back James Chester is likely to leave Aston Villa this summer after spending this season out on loan with Stoke City.

Are Bournemouth now regretting not cashing in on Ryan Fraser’s terrific 2018/19 campaign last summer? The Scottish winger has had a disappointing campaign for the struggling Cherries and is likely to leave for nothing when his contract expires this year.

There are also a lot of long-time Bournemouth players whose time at the club appear to be at an end, while Jordon Ibe has been a massive disappointment since joining from Liverpool in 2016.

Gaetan Bong was sent on loan to Nottingham Forest this past January ahead of his exit from the club.

Burnley have a lot of contract questions this year, which have only been exacerbated by the coronavirus pandemic and the uncertainty that has brought with it.

The club are expected to trigger a clause in Robbie Brady’s contract that will keep him at Turf Moor, while negotiations with his compatriot Jeff Hendrick have thus far come to nought.

Joe Hart has reportedly been offered a contract by David Beckham at his new MLS franchise, Inter Miami. Meanwhile, Burnley recently renewed the contract of Ashley Westwood to keep him until at least 2021.

Chelsea and Willian have been negotiating terms on a new deal for a while now, but it seems the two parties are at an impasse.

The brilliant Chelsea team that should have won the Champions League

The veteran defender has been at Selhurst Park for seven years but is likely to end his spell at the London club this summer.

Did anyone even realise Stekelenburg was still at Everton?

Nampalys Mendy was a club record signing for Leicester City when he joined for £13m in 2016, but has underwhelmed since then.

Five of the most iconic goal celebrations in Premier League history

Two former Southampton players are not expected to sign contract extensions before the summer, while Andy Lonergan’s short-term deal will come to an end also.

David Silva has indicated he will leave Manchester City at the end of this season after a decade in the Premier League.

There are no Manchester United players whose contract expires this year.

There are no Newcastle players whose contract expires this year.

There are no Norwich player whose contract expires this year.

John Lundstram will surely get a new deal with Sheffield United after a stellar campaign for the Blades.

Shane Long will reportedly sign a contract extension with Southampton.

The Dutch centre-back’s relationship with José Mourinho is barely better than it was with Mauricio Pochettino, so it’s highly unlikely he will be kept on.

Ben Foster has been one of Watford’s best players but at age 37 he is unlikely to be kept on.

Full-back Pablo Zabaleta is getting on, while Carlos Sanchez has been pretty dismal since joining West Ham United in 2018.

Connor Ronan has had some impressive loan spells in the past few years, but it is unclear whether Wolves will give the Irishman a new contract.