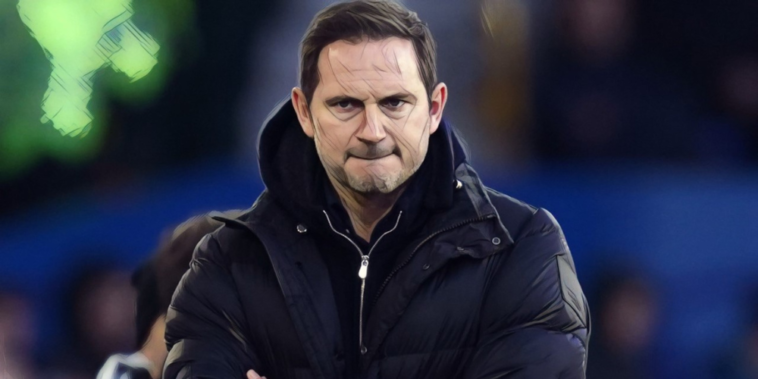 Everton are in search of a new manager as the club’s turbulent modern history continued with the sacking of Frank Lampard this week.

The next man in charge will be the eighth permanent head coach since Farhad Moshiri took ownership of the club in February 2016, with the billionaire first sacking Roberto Martinez just fourth months after his arrival on Merseyside.

Six appointments have since come and gone at Goodison Park, where despite huge investment the Toffees have endured a period of decline. Their situation is such that Everton are in real danger of losing their top-flight status for the first time since the 1950s and Moshiri is under huge pressure to get the next appointment right.

Here are our ratings of the six permanent Everton managers appointed by Farhad Moshiri.

The initial arrival of Moshiri swept in a wave of optimism at Everton, a billionaire who could provide the backing to turn the Toffees into a top-four side. With promises of investment in both the squad and a new stadium, all appeared well at Goodison Park. It has not turned out as planned.

A big name with a proven track record in English football it appeared, on paper at least, a sensible appointment. Koeman led Everton to a seventh-placed finish in his first season in charge, but he was sacked just two months into the following campaign with the club second-bottom of the Premier League.

The club’s recruitment had become scattergun with Koeman and Steve Walsh – the Director of Football prised from Leicester after his role in Foxes’ title triumph – at odds over new additions. The lack of unison led to an unbalanced squad and a series of market mistakes, errors Everton are still recovering from. Koeman and Walsh spent more than £135m on Davy Klaassen, Cenk Tosun, Michael Keane, Theo Walcott and Gylfi Sigurdsson. Bad business which began the club’s period of decline.

Everton’s precarious situation led to the club turning to the Premier League’s most notorious firefighter, bringing in Sam Allardyce with the Toffees marooned in the bottom half. David Unsworth’s spell as caretaker manager had lifted Everton to 13th, before Allardyce built on that foundation to lead the side to an eighth-place finish.

Despite the improvement in results, Allardyce was heavily criticised by supporters for his brand of football and was sacked after just six months in charge. Everton called the decision part of the club’s ‘longer-term’ plan in a move designed to bring a more attractive style of football to the club.

Everton ranked sixth in the division for clean sheets under Allardyce, but registered fewer shots on goal than any other side in the division during his tenure. His direct and defensive approach also saw Everton rank 16th in the Premier League for pass accuracy and alienated a fanbase who demanded more from a side with European ambitions.

Marco Silva was brought in with the hope he would turn Everton into a more attractive outfit, but the Portuguese coach lasted just 18 months in charge.

Silva spent heavily across his two summers in charge of Everton, investing more than £190m in the squad. His signings include some hits (Richarlison and Lucas Digne), but big-money deals for the likes of Jean-Philippe Gbamin and Moise Kean proved major disappointments.

Silva led Everton to eighth in his first season in charge, but was unable to replicate those performances the following season. He won just 35.9% of his league fixtures – the lowest of any Everton manager in the Premier League era at that time – and was sacked after an embarrassing Merseyside Derby defeat at Liverpool.

Everton were thrashed 5-2 at Anfield, with Silva sacked after a third consecutive league loss and with the Toffees 18th in the table. He has since rebuilt his reputation with Fulham, who are impressing in the Premier League this season under Silva’s management.

Everton’s appointment of Carlo Ancelotti was considered a huge coup, with the Italian a marquee managerial arrival.

Ancelotti arrived with a reputation as one of Europe’s top coaches, having won three Champions League titles during spells at AC Milan and Real Madrid, in addition to league titles at Chelsea, PSG and Bayern Munich.

Ancelotti led Everton away from relegation trouble and ended his first campaign 12th in the table, though a poor home record contributed to the club’s failure to finish in the top half. His reputation attracted the star signing of James Rodriguez the following summer and a first league win at Liverpool in 22 years improved his popularity, but Ancelotti’s reign came to a premature end after interest from Spain.

Real Madrid came calling for their former manager and Ancelotti decided to leave Everton in favour of a return to the Bernabeu.

No Everton manager to have taken charge of at least 10 Premier League games has compiled a better points-per-game average than Ancelotti, though it can be argued that the short-termism of signings such as Rodriguez and Allan were another setback to the club’s progress.

Moshiri ignored the protests of the Everton fanbase to appoint Rafael Benitez in 2021, with the supporters having voiced their stance on the arrival of the ex-Liverpool manager.

Benitez had been a popular figure during six seasons at the club’s Merseyside rivals, where he won both the Champions League and FA Cup. Those allegiances left Benitez facing an uphill task to turn around perceptions and the fans turned quickly following a decline in results.

The Spaniard’s task was made even more difficult given the limited funds to strengthen and the unrest grew ever louder as Everton struggled after an initial strong start. The Toffees opened the season with three wins and a draw from four games, but won just two of their next 15 to slide towards the Premier League’s bottom three.

As the calls from the fanbase grew ever louder, Benitez was sacked in January. He had won just 23% of his fixtures in the Premier League

The timing of the decision continued the calamitous approach from Everton, who had allowed the Spaniard to sign Vitalii Mykolenko and Nathan Patterson just days before his dismissal. His replacement, Frank Lampard, was given less than 24 hours to bring in additions before the closure of the transfer window.

Frank Lampard is the latest man to have been sacked at Everton, with the club making a decision on his future after last weekend’s 2-0 loss at West Ham.

The defeat extended Everton’s record to nine losses in 12 Premier League games, leaving the Toffees second bottom of the table with just 15 points from 20 fixtures – the club’s worst ever start to a season.

Lampard had inherited a side 16th in the table in January 2022 and guided Everton to Premier League survival, but the club have become embroiled in another relegation battle after a poor start to the current campaign.

Despite building a rapport with the club’s fanbase and proving popular given his conduct in the job, question marks remain against the former England midfielder, whose reigns in charge of Derby and Chelsea have also failed to convince.

In Lampard’s defence, much of the damage at Everton had been done before his appointment, though there is a sense a more experienced coach could bring more from this group of players. Recruitment has again been poor, with the arrivals of Dwight McNeil and Neal Maupay having failed to adequately compensate for the sale of Richarlison. Dominic Calvert-Lewin’s continued absence has also been problematic in a team lacking goal threat.

Only Mike Walker (0.87) has averaged a worse points-per-game figure than Lampard (0.92) among Everton managers of the Premier League era.