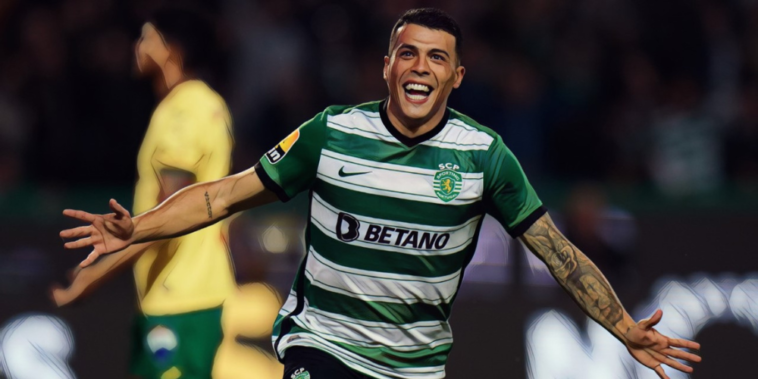 Tottenham are set for a ‘crucial’ round of talks with Sporting Lisbon over the club’s pursuit of Pedro Porro.

The north Londoners are in advanced negotiations with Sporting over a deal to sign the right-back, who has emerged as Antonio Conte’s top target for the January transfer window.

Conte has called for reinforcements this month and wing-back has been area that Spurs are keen to strengthen, with Emerson Royal and Matt Doherty having failed to convince. Summer signing Djed Spence has also struggled for regular first-team football and could be allowed to leave on loan before the transfer deadline.

Porro is understood to be keen on a move to the Premier League, but Sporting have so far been insistent that the 23-year-old will not be sold for less than his €45m release clause.

Fabrizio Romano is reporting that the two clubs will hold a ‘crucial’ round of talks on Wednesday as the sides look to reach an agreement, with personal terms already agreed between the player and Spurs.

Crucial meeting will take place in the next hours for Pedro Porro to Tottenham, as revealed yesterday – talks are advanced but new round of negotiations will be key to get the deal done ⚪️ #THFC

The discussions will centre around the payment terms and instalments of the transfer. Porro previously spent three years at Manchester City but failed to make a senior appearance for the club.

He has shone since signing for Sporting Lisbon ahead of the 2020/21 campaign – initially on a two-year loan deal – and has been named in the Primeira Liga Team of the Year in each of the past two campaigns.

Porro – who has earned one senior cap for Spain – has made 24 appearances for the Portuguese side this season, in which he has scored three goals and provided 11 assists.