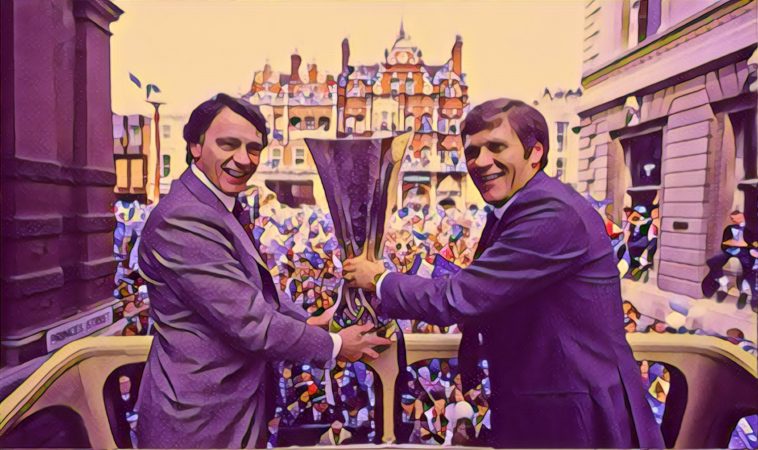 Five different clubs from England have won the Europa League or the Uefa Cup since the competition’s inception in 1970.

Arsenal and Chelsea will face off in a peculiar London derby this week when they vie for the Uefa Europa League trophy in Wednesday’s final in Baku.

The Gunners have the opportunity to win their first ever Europa League and become the sixth English side to claim European football’s secondary competition, which would also be their first continental success since securing the Cup Winners’ Cup in 1994.

Chelsea could win it for a second time after prevailing in 2013, which would make them the third team to win it multiple times after Liverpool and Spurs. The Reds are the only team from England to win it three times.

Every English club to have won the Europa League and Uefa Cup:

No matter what Jose Mourinho might tell you, Manchester United did not win a treble in 2017, although winning the Europa league and League Cup in the same season was a decent haul in its own right.

The Premier League outfit won the game handily in the end, outmuscling a far less experienced Ajax on the day, thanks to goals from Paul Pogba and Henrikh Mkhitaryan either side of the interval.

It’s interesting to look over the two sides’ fortunes in the years since this result. United have disintegrated on a number of levels, sacking Mourinho after the team regressed badly. The Dutch club, on the other hand, have nurtured a talented young squad that won a league and cup double this year and came within a hare’s breath of making it to the Champions League final.

The Blues made history in 2013 when they became the first team to win the Champions League and Europa League back-to-back (in that order).

They did so under Rafael Benitez, who received a hostile atmosphere from the Chelsea faithful when he became interim manager following Roberto Di Matteo’s sacking.

The final itself was a closely fought affair at the Amsterdam Arena, with both Chelsea and Benfica trading goals in the second-half. it appeared to be heading for extra-time until Branislav Ivanovic, who had missed the previous year’s Champions League final through suspension, scored a looping header in injury-time.

Five of the most memorable Europa League Finals

The nineties were a time of reacclimating for Liverpool. After being the dominant force in English and European football for much of the seventies and eighties, they won a measly two cups in the following decade. At the turn of the century, Gerard Houllier’s charges bettered that in the space of a few months.

The Reds would win the League Cup and FA Cup in 2001 before facing Deportivo Alaves in the Uefa Cup final at the Westfalenstadion in Dortmund. The Spanish minnows were rank outsiders going into the game but they proved themselves quite the handful.

The Reds went into the half with a 3-1 lead thanks to goals from Markus Babbel, Steven Gerrard and a Gary McAllister penalty, but the Basque outfit hit back after the break with a Javi Moreno brace. Robbie Fowler appeared to win it with a goal in the 73rd minute, until Jordi Cruyff scored a dramatic equaliser with a minute to go.

The contest seemed destined to head to penalties until a McAllister cross met the head of defender Delfi Geli, who tragically put it into his own goal. Under the golden goal rule the tie was over, thus completing the club’s resurgence under their French manager.

Five of the Best – Liverpool matches vs Spanish opposition

Before the days of David Ginola, losing a three-goal lead to Man United and the coining of the phrase ‘Spursy’, Tottenham had quite a successful team once upon a time. This was the first club to win a league and cup double in the 20th century, that has won two league titles, eight FA Cups and three European trophies, the last of which came in 1984.

In that year’s final they faced a tough Anderlecht side that featured Enzo Scifo and Danish dynamos Frank Arnesen and Martin Olsen. But Spurs had a strong side in their own right, with the likes of Gary Mabbutt, Ossie Ardiles and Irishmen Chris Hughton and Tony Galvin in their ranks.

The two sides were evenly matched, with the first leg in Belgium ending in a 1-1 draw. At White Hart Lane, Anderlecht took a 1-0 lead on the hour mark that appeared to send the game in their favour. With time running out, Ardiles somehow hit the crossbar from six yards out, before the ball eventually came back around to captain Graham Roberts. The centre-back was an unlikely hero, but his 84th minute equaliser sent the match to extra-time.

Spurs were leading in the penalty shootout going into the last set of spot kicks, but Danny Thomas missed his opportunity to win the tie. Luckily for him, Tony Parks was the hero of the day, saving Icelander Arnor Gudjohnsen’s penalty.

Two major trophies in the past three decades has changed the psychology of the institution from one of serious contenders for honours to perennial chokers. That could change yet again if Spurs go on to win the Champions League this weekend.

One of the most improbable success stories in football history, Bobby Robson took little old Ipswich Town to European glory in the early eighties.

The Tractor Boys won the first leg in emphatic fashion, defeating AZ Alkmaar 3-0 at Portman Road. The Dutch side attempted a comeback in Amsterdam, but their 4-2 win was not enough.

John Wark’s 14 goals in the competition that season equalled the record for most goals in a single Uefa Cup campaign.

Five of the most memorable Champions League finals

The home side conceded two goals to Club Brugge in the opening 15 minutes of the first leg at Anfield, a disastrous start to the game. Jimmy Case came on at the interval, but missed a sitter moments later.

It did not appear to be Liverpool’s night, but Ray Kennedy, Case and Kevin Keegan all scored in a six-minute span (this sounds awfully familiar) to flip the game on its head. A 1-1 draw in the return fixture ensured the trophy made its way back to Merseyside.

The two sides would meet again in the European Cup final four years later, with Liverpool winning once again, this time a more straightforward 1-0 at Wembley.

The club’s first continental trophy, which got the ball rolling for all of the European success that was to come in later years. Liverpool defeated reigning champions Spurs in the semi-final for the chance to face Borussia Monchengladbach in the decider.

The first leg was abandoned by the referee after 27 minutes, however, due to heavy rain. Upon realising the German outfit’s deficiency in the air, Bill Shankly started John Toshack instead of the diminutive Brian Hall for the rearranged game.

It did the trick and the Reds won the home leg 3-0,. They lost 2-0 in the return fixture, but that was enough to take home the winners medals. They would defeat the same opposition 3-1 four years later to secure their first ever European Cup.

The first English side to conquer the Uefa Cup, Spurs fittingly did so against English opposition. The players’ wives had been promised a nice trip away for the team reaching the final, but instead they were treated to an excursion to Wolverhampton for the first leg.

Spurs crucially won that first meeting 2-1, before drawing the second leg 1-1. Martin Chivers long-range rocket was the difference in the end, making the north London outfit the first ever winners of the competition.

However, the Inter-Cities Fairs Cup was the precursor to this competition, which had been won by English teams (Arsenal, Newcastle United and Leeds United twice) in the four years prior to Spurs’ victory. Uefa does not recognise the Fairs Cup as a major honour, although Fifa does.