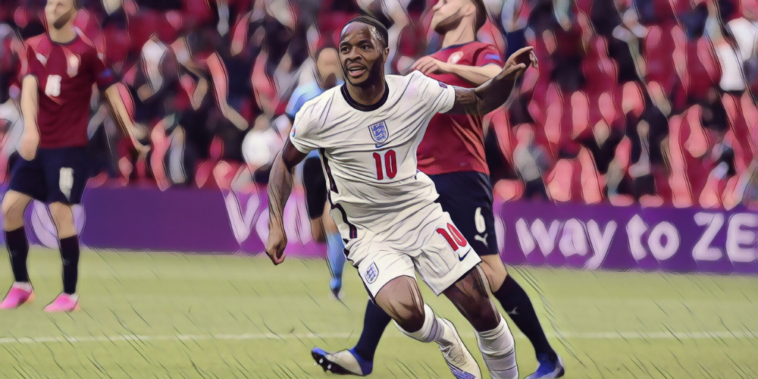 After three years without a major international tournament for the continent’s  sides, this summer’s edition of the European Championship proved one to remember.

Italy are the winners of Euro 2020 after beating England in the Wembley final on Sunday, the Azzurri securing their second success in the competition after beating the Three Lions on penalties.

It was a deserved triumph for the Italians who were the tournament’s best team throughout their run to the final, whilst England’s wait for a major trophy extends to 55 years and counting.

Following the conclusion of Euro 2020 we’ve looked back at the tournament’s best performers, here are the stand-out stars for each nation represented this summer.

What better place to start than the champions, who have no shortage of candidates following their triumphant run to Euro 2020 success.

Gianluigi Donnarumma was named as the official Player of the Tournament by UEFA, becoming the first goalkeeper to win the accolade following a series of outstanding performances and decisive contributions in shoot-out wins over Spain and England.

The grizzly and experienced centre-back pairing of Leonardo Bonucci and Georgio Chiellini deserve credit, whilst left-back Leonardo Spinnazzola starred before sustaining injury in the quarter-final win over Belgium.

Jorginho earns our nomination as Italy’s stand-out performer however, the Chelsea midfielder excelling as the calming and controlling fulcrum of a talented midfield, setting a new European Championship record for interceptions throughout the tournament.

Those who like to check sports odds will be aware that Switzerland caused a massive upset to reach the quarter-finals, eliminating tournament favourites and world champions France on penalties in the last 16.

Key to the Swiss’ success was goalkeeper Yann Sommer, who saved the decisive kick from Kylian Mbappe against Les Bleus, before producing one of the tournament’s best individual performances during the last eight defeat to Spain.

Sommer made a tournament-leading 10 saves against Spain as a goalless draw resulted in another shoot-out, saving from Rodri despite Switzerland’s elimination.

Steven Zuber also deserves a mention with the wing-back providing a tournament high of four assists.

Not much to choose from here, the pre-tournament ‘dark horses’ enduring a nightmare Euro 2020, suffering three consecutive losses and conceding eight goals in the process.

But for goalkeeper Ugurcan Cakir it could have even been worse, the shot-stopper bouncing back from a mistake against Italy in the opener to make some strong saves.

Predictable, but Wales’ best moments came through their talisman with Bale particularly brilliant during the 2-0 win over Turkey that sealed his side’s place in the knockout stages for a second successive Euros.

Daniel James’ electricity was prominent with the winger enjoying a strong tournament, whilst both Connor Roberts and Kieffer Moore enjoyed promising moments.

Belgium’s ‘Golden Generation’ once again failed to deliver after a quarter-final exit to eventual winners Italy, and time may perhaps be running out for the Red Devils’ ageing squad.

One player who remains very much in his prime however is Romelu Lukaku, who scored four goals in just five appearances to cement his status as one of Europe’s leading number nines.

Denmark were one of the stories of the tournament after bouncing back from the traumatic events of their opening fixture to reach the semi-finals, becoming the first team in history to qualify for the knockout stages despite losing their opening two games.

Pierre-Emile Hojbjerg, Kasper Schmeichel and youngster Mikkel Damsgaard all impressed, but it was the eye-catching performances of Atalanta’s Joakim Maehle which most attracted attention.

Watch Joakim Maehle’s cross on repeat until you have to go to work tomorrow. Soothing.

The flying full-back appeared almost everywhere on occasion, rampaging up the flanks and finishing Euro 2020 with two goals and an assist.

Tournament debutants Finland gave a good account of themselves at Euro 2020, beating Denmark in their opening fixture before falling just short of qualification for the knockout stages.

Amongst the few Finnish players operating at the highest level in European football is Bayer Leverkusen goalkeeper Hradecky, who showcased his quality with a series of superb saves.

Russia failed to repeat their performances of three years ago when they reached the quarter-finals on home soil, finishing bottom of Group B following a disappointing Euro 2020 campaign.

Their best moment was produced by Aleksei Miranchuk who scored a delightful winner against Finland, with the Atalanta midfielder showing flashes of his ability alongside fellow creator Aleksandr Golovin.

Denzel Dumfries captured the attention of a wider audience with his all-action performances for the Netherlands, the wing-back powering forward in train-like fashion from his defensive position.

Everton and Bayern Munich have been linked with the signing of the 25-year-old PSV Eindhoven star, who scored twice at Euro 2020 and starred with his athletic forward forays.

Centre-back, left-back or in midfield, it matters little to Alaba who remains one of the finest multi-functional footballers in the game – Real Madrid have got themselves a bargain with his Bosman signing this summer.

Stole Dimitrievski was unsurprisingly amongst the busiest goalkeepers at Euro 2020 with the shot-stopper the last line of defence for tournament debutants North Macedonia, whose first venture into the European Championship ended with no points despite some competitive performances.

Dimitrievski came to the rescue with a series of saves to keep the scores respectable on occasion, making 13 saves across just three fixtures.

It was easy to forget that Andriy Yarmolenko was the same player often seen warming the West Ham bench at Euro 2020, with the winger brilliant in Ukraine’s run to the quarter-finals.

Two goals, two assists and now within just six goals of Andriy Shevchenko’s all-time goal record for the national side, it won’t be long before he passes his now manager if he can maintain this form.

Doubted before the tournament got underway, Raheem Sterling silenced the critics to become England’s most influential player during their run to the Euro 2020 final.

Winners in group stage fixtures against Croatia and the Czech Republic sealed the Three Lions’ progress, before a crucial opener in the win over old rivals Germany in the last 16.

—Three goals, one assist
—100% of England’s goals in the group stage
—Opener vs. Germany
—Helped cause own goal vs. Denmark
—Won game-winning penalty vs. Denmark

Sterling shouldered responsibility and his direct running was vital to England’s system as Gareth Southgate’s side reached a first major tournament final since 1966.

World Cup finalists just three years ago, Croatia’s ageing team struggled to recapture that form, losing in the last-16 to Spain following one of the tournament’s most entertaining contests.

It was one of the old-guard who led their charge, Ivan Perisic providing three goal involvements in three appearances, including a vital equaliser in the group stage draw with the Czech Republic.

The gulf in quality between the Liverpool left-back and many of his teammates was often evident as Scotland featured in their first major tournament for more than two decades.

No player scored more goals at Euro 2020 than Patrick Schick, who scored five of his side’s six goals as the Czech Republic reached the quarter-finals.

One of those included an outrageous lob from near the half-way line against Scotland, an effort which proved the finest scored at this summer’s finals.

In the absence of the injured Zlatan Ibrahimovic following his international return, Sweden’s inspiration came from Emil Forsberg who took charge of his side’s Euro 2020 campaign.

Forsberg netted from the penalty spot in a 1-0 win against Slovakia, before scoring twice as Sweden beat Poland in a thriller to secure progress to the knockout stages as group winners.

The RB Leipzig playmaker scored again and pulled the strings as Sweden suffered an agonising defeat to Ukraine in the last 16, the 29-year-old’s performances – and those of youngster Alexander Isak – key to the Swede’s success.

This boy is some talent.

The 18-year-old was Spain’s best player as La Roja reached the semi-finals, cementing his status as one of world football’s most promising players with an outstanding Euro 2020 campaign to be named as the tournament’s best young player.

Pedri has been named Young Player of the Tournament at Euro 2020.

He only missed one minute of Spain's whole campaign 🤯👏 pic.twitter.com/qpRZw8OCxc

Confident, composed and intelligent in possession, Pedri has all the attributes to be one of the world’s finest footballers over the next decade.

Milan Skriniar has been regularly linked with a move to the Premier League in recent seasons, though the Inter Milan centre-back showcased his attacking qualities with a fine winning goal against Poland at Euro 2020.

Tried his best to drag Poland through, but was largely let down by some lacklustre performances from those around him.

It was three goals in three fixtures for arguably world football’s best number nine, but Poland’s poor campaign prevented the 32-year-old from strengthening his case for the Ballon d’Or.

France’s early elimination was a seismic shock, though there was little more Paul Pogba could have done following a brilliant Euro 2020 campaign for the Manchester United midfielder.

Premier League fans have failed to see the best of Pogba on a consistent basis, but Euro 2020 was a reminder of the incredible quality possessed by the 28-year-old, who simply ran the show for Les Bleus.

Germany’s mixed campaign ended in disappointing fashion following a meek exit to England, having progressed despite an indifferent run in the tournament’s ‘Group of Death’.

Arguably Die Mannschaft’s best player was flying wing-back Robin Gosens, who was simply unstoppable during the convincing win over holders Portugal with the Atalanta star involved in three goals.

Cristiano Ronaldo has now won the Golden Boot in the Premier League, LaLiga, Serie A, Champions League and at the European Championship.

Ronaldo scored in each of Portugal’s group stage games including braces against both Hungary and France, the 36-year-old having now levelled Iran’s Ali Daei as the highest scoring international player of all time with 109 goals.

It’s unlikely to be the last records claimed by a man who has shattered all manner of goalscoring landmarks during an extraordinary career.

Paired in the most daunting of Euro 2020 groups, Hungary were unlucky not to qualify for the knockout stages after earning credible draws with both France and Germany.

Key to their success was forward Roland Sollai, who finished with two assists in three fixtures and was often the spark behind the Hungarians attacking play.