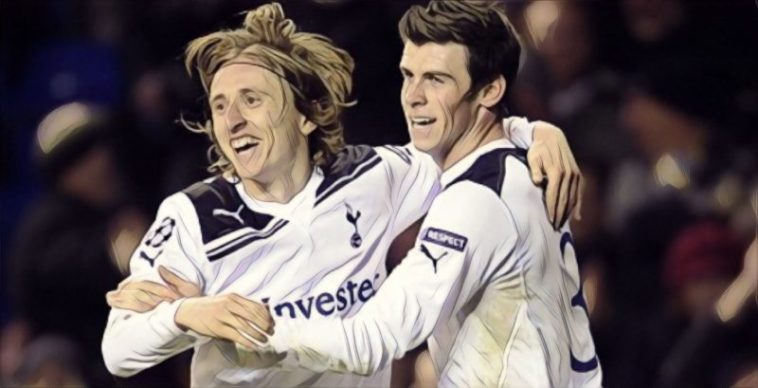 Premier League managers are forever battling their responsibility to both win and win with style, with supporters of several of English football’s leading clubs demanding to be entertained as well as satisfied with results.

Arsenal sides of the modern era have traditionally been advocates of intricate passing play, whilst Newcastle’s long-suffering supporters worship goalscoring greats like few others and West Ham will often be heard referencing the mythical ‘West Ham way’.

Throughout the years, however, we’ve seen many managers struggle to find the balance between performances and points, with this list of teams providing rather more style than substance.

This feature is a salute to the most iconic ‘neutral’s favourites’, here are five wonderfully entertaining Premier League teams that won f*ck all:

Kevin Keegan’s first reign at Newcastle saw the North East side emerge as one of the most iconic sides of the Premier League era, their free-flowing football and spectacular near-misses in terms of silverware success providing an unforgettable period in the history of the Magpies.

Keegan’s side were christened the ‘Great Entertainers’ and with good reason, enjoying a brilliant return to the top flight to finish third in their debut season, only for the prolific talents of Andy Cole to head to Manchester United.

Newcastle, however, rebuilt and a side containing the goals of Les Ferdinand and the stardust of David Ginola played out a thrilling 1995/96 season, racing into a 12-point lead at the summit before an unprecedented collapse, Keegan’s ‘I would love it’ rant etched into Premier League folklore.

The Magpies were brilliantly gung-ho in an uber-attacking 4-4-2 system, their attacking prowess and defensive naivety ultimately costing them the title, but providing Premier League neutrals with an abundance of memories including that thrilling 4-3 defeat at Liverpool.

If Newcastle’s shirtless supporters in the Gallowgate had wanted more, they got it, with the world-record capture of Geordie goal-getter Alan Shearer the following summer. Shearer became the club’s all-time record goalscorer but a runners-up finish the following season was as close as Keegan’s side ever got to a Premier League title.

This season will finally see Leeds return to the big time after a long absence from Premier League football, the club’s modern heyday seeming an awfully long time ago with the small matter of a financial implosion leading to a dramatic demise.

Pre-bubble bursting, however, and Leeds were a brilliantly entertaining and competitive side, the appointment of David O’Leary at Elland Road leading to the promotion of several exciting youngsters who would form part of a successful – if trophy-less – era.

The likes of Harry Kewell, Alan Smith and Jonathan Woodgate starred for the Whites at the turn of the millennium, before the additions of Mark Viduka and a young Rio Ferdinand saw Leeds compete with the best both and home and in Europe.

Leeds’ youthful exuberance helped contribute towards three consecutive top-four finishes and a memorable venture to the semi-finals of the Champions League, but after missing out on qualification to the same competition in 2001/02 suffered a catastrophic collapse.

Moments that made the Premier League: Leeds United’s financial meltdown

Arsenal were a formidable team either side of the turn of the millennium, winning three league titles – including two domestic doubles and a historic unbeaten season – in the early years of Arsene Wenger’s reign in north London.

The breakdown of that legendary Invincibles side ushered in a new era as the Gunners failed to replicate their previous success, their transitional team fun but often fragile.

The technical talents of players such as Robin van Persie, Cesc Fabregas and Samir Nasri gave the Gunners an aesthetic appeal to the neutrals, though the side’s guile failed to compensate for a lack of grit that ultimately led to silverware proving elusive.

Unstoppable on their best days and unrecognisable on their worst, the Gunners would famously go on a long and painful trophy drought between 2005 to 2014. Ironically, the side that won the FA Cup in 2014 was arguably a much less complete and entertaining outfit than several Gunners sides that ended up trophyless.

For much of their Premier League existence Spurs were a mediocre, mid-table outfit, failing to produce many performances that would inspire supporters at their north London home.

The arrival of Harry Redknapp at White Hart Lane saw Tottenham’s fortunes improve drastically, however, securing qualification to the Champions League for the first time and possessing a side packed full of attacking talent.

Spurs’ swashbuckling style was largely centred around the peerless performances of a peak Gareth Bale, the Welsh winger at his rampaging best to establish himself as one of the best players in world football.

Luka Modric knitted together the club’s midfield in trademark fashion before developing into a Ballon d’Or winner, whilst the silky skills of Rafael van der Vaart combined brilliantly with Peter Crouch, a player possessing the quintessential ‘good touch for a big man’.

Spurs’ most memorable moments included a thrilling 4-4 draw at Arsenal and a 9-1 thrashing of Wigan, whilst two ding-dong encounters with Inter Milan in the Champions League live long in the memory and set Bale on his way to superstardom.

Brendan Rodgers came closer than any other Liverpool manager pre-Jurgen Klopp to ending the club’s long wait for a Premier League title, his side’s charge fired by a prolific partnership between Luis Suarez and Daniel Sturridge in attack.

The two forwards dovetailed in superb style to finish as the two leading scorers in the Premier League, Liverpool racking up over a century of goals and scoring three or more goals on an incredible 21 occasions throughout the course of the campaign.

Liverpool’s ‘SAS’ strike partnership were complimented by the emerging talents of Raheem Sterling and Philippe Coutinho, whilst Steven Gerrard was reinvented as a deep-lying playmaker to finish as the leading assist provider in the division.

Rodgers’ side – for all of their attacking intent – were suspect defensively and their shortcomings at the back proved costly as they missed out on the title by just two points, their blowing of a three-goal lead at Crystal Palace a microcosm of a formidable but flawed side.