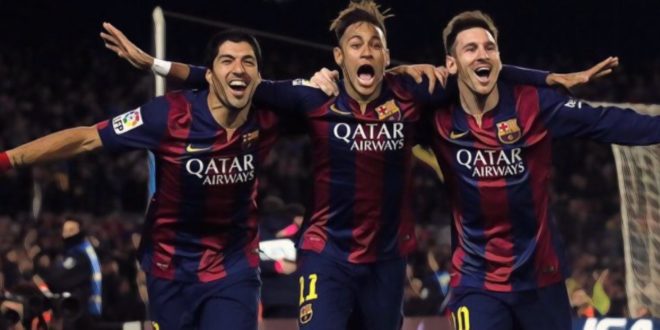 Bayern Munich were crowned as champions of Europe in fine style following the club’s victory over Paris Saint-Germain in the Champions League final, the German giants sealing a historic treble after earlier securing a domestic double.

Hansi Flick’s all-conquering side became just the sixth team in history to win the Champions League alongside their domestic league and cup, forever etching themselves into the history of both Bayern and European football.

We’ve decided to look back at the six teams to have achieved the feat, appreciating the sides to win the Champions League as part of an incredible treble of trophies:

Manchester United became the first side in history to win the Champions League as part of a treble, Sir Alex Ferguson’s side immortalising themselves into English football history following an unforgettable campaign.

United had dominated the early years of the Premier League era but were yet to transfer that form into continental competition, only for everything to click into place during a season of unprecedented success.

The summer signings of Jaap Stam and Dwight Yorke added huge quality at either end of the pitch, with the latter finishing as the club’s leading scorer and forming a telepathic understanding with strike partner Andy Cole in attack, the duo dovetailing perfectly on some memorable European nights.

Old adversaries Arsenal were pipped to the Premier League title by just a single point on the final day of the season, the Red Devils defeating Tottenham to secure the first of their treble of trophies.

The Gunners were also defeated in the semi-finals of the FA Cup in thrilling circumstances, United overcoming the sending off of Roy Keane to emerge victorious in extra-time, Ryan Giggs’ sensational solo goal sealing victory before Newcastle were beaten in the Wembley final.

The highlight of the club’s season was undoubtedly their run to European success, however, progressing from a Group of Death featuring both Bayern Munich and Barcelona, before knockout stage victories over Inter Milan and Juventus – the latter seeing United come from two goals down in Turin – before a final rematch against Bayern.

Their Champions League venture looked like ending in heartbreak as Ferguson’s side trailed heading into stoppage-time, only for late, late goals from Teddy Sheringham and Ole Gunnar Solskjaer to seal a dramatic victory and historic treble.

Rating every member of Man United’s fabled class of 92

It would be a decade before another side matched United’s feat and secured a treble-winning season, with Barcelona conquering both Spain and Europe under the guidance of a fresh-faced Pep Guardiola during the 2008/09 season.

Guardiola’s side swept all before them during the Spaniard’s debut season in charge at the Camp Nou, finishing a comfortable nine points clear of arch-rivals Real Madrid in the La Liga title race to win a first championship in three seasons.

The Copa del Rey was secured with an emphatic 4-1 victory over Athletic Bilbao, before the Catalan side were crowned as champions of Europe for a third time in Rome.

Barcelona had beaten both Lyon and Bayern Munich in the knockout stages before a dramatic and contentious semi-final victory over Chelsea, Andres Iniesta scoring a stoppage-time equaliser for the Spaniards to send Guardiola’s side through on away goals.

Premier League opposition awaited once more in the final as Barcelona took on holders Manchester United in the Italian capital, though it was the former who prevailed courtesy of a 2-0 victory, goals from Samuel Eto’o and Lionel Messi confirming Barcelona’s coronation as treble-winners.

The following season saw Inter Milan succeed Barcelona as European champions as Jose Mourinho guided the Nerazzurri to Italian football’s first ever treble, a stunning season seeing the ‘Special One’ lift the Champions League for a second time.

Inter had dominated domestically and despite strong competition from Roma secured a fourth successive Scudetto, finishing two points clear of the capital club and beating the same side in the final of the Coppa Italia, the irrepressible Diego Milito scoring the game’s only goal.

After years of domestic dominance it was the Champions League that Inter’s fans most craved, the club having failed to win Europe’s biggest prize since the second of consecutive titles in the mid-sixties.

Mourinho’s side eliminated former club Chelsea in the last-16 before a routine two-legged win over CSKA Moscow, their greatest challenge coming in the form of reigning holders Barcelona and Pep Guardiola in the last four.

Inter produced a memorable display to take a 3-1 advantage into the second leg in Spain, before a Mourinho masterclass in the Camp Nou saw the Italian champions – who played more than an hour of the contest with 10 men – progress to the final.

They met Bayern Munich – in pursuit of their own treble – in the final in Madrid, where Milito’s virtuoso display crowned Inter as treble-winners and European champions for the first time in 45 years.

Bayern were thwarted at the final hurdle in their pursuit of a treble in both 1999 and 2010, but three years after that second disappointment became Germany’s first ever continental treble winners.

Jupp Heynckes’ return for a second spell as permanent manager saw Bayern emerge as the finest side in European football, a brilliantly well-oiled machine which relied on the match-winning talents of Franck Ribery and Arjen Robben on the flanks.

Bayern took the lead in the Bundesliga on matchday one and never relinquished first position, winning the title with a club-record 91 points and finishing an incredible 25 points clear of nearest challengers Borussia Dortmund.

That night, they won the treble 🏆🏆🏆 pic.twitter.com/MqdaEQlPuk

Their European venture included wins over Arsenal and Juventus in the knockout stages, before their defining hour against Barcelona in the semi-finals, thrashing the Spanish giants 7-0 on aggregate to progress to the first ever all-German Champions League final against Dortmund.

Arjen Robben’s late goal sealed a 2-1 victory and crowned Bayern champions of Europe, a sweet moment for the Bavarians who had lost two of the previous three finals, Robben the villain of the previous season’s loss on home soil after missing a penalty in defeat to Chelsea.

Bayern’s treble was completed after beating Stuttgart in the DFB-Pokal final, Mario Gomez scoring twice to cap the best season in the history of Germany’s most successful club.

Barcelona became the first side in history to win the treble twice in 2015, enjoying one of the best seasons in the history of the Catalan club to seal Champions League, La Liga and Copa del Rey success.

Luis Enrique’s side were fired by a formidable forward line containing Lionel Messi, summer signing Luis Suarez and Neymar, the South American trio scoring a record 122 goals between them in all competitions during a scintillating season of attacking play.

The treble winners were pushed hard in the title race by a Real Madrid side who entered the season as reigning European champions, finishing just two points clear of Los Blancos after a gripping title race between Spain’s top two.

Athletic Bilbao were beaten in the final of the Copa del Rey with Messi scoring a sublime solo opener, the Argentine ghosting past four Bilbao challenges to score one of the most iconic goals in the competition’s history.

The Blaugrana were in similar dominant form in continental competition as they breezed past both Manchester City and Paris Saint-Germain to reach the last four, where another virtuoso Messi display saw Barcelona exact revenge on Bayern Munich in the semi-finals.

Juventus were beaten 3-1 at Berlin’s Olympiastadion in the final with Neymar and Suarez both on the score sheet, Barcelona sealing a second treble in just six seasons.

The most recent inclusion on this list, it can be argued that Bayern’s triumph this season ranks as the most impressive of the six treble-winners on this feature.

In truth, the Bavarians looked simply unstoppable following the turn of the New Year, the appointment of Hansi Flick having brought a sense of freedom to a side boasting some of world football’s finest talents.

Robert Lewandowski’s career-best season saw the forward score 55 goals in all competitions to cement his status as the planet’s best number nine, the Poland international finishing as the leading scorer in the Champions League, Bundesliga and German Cup.

The club’s run to Champions League success will forever immortalise the Bayern players, however, the German giants becoming the first side in history to lift Europe’s biggest prize having won every single one of their fixtures, scoring an incredible 43 goals in just 11 games.

The stand-out moment of the club’s campaign was an 8-2 thrashing of Barcelona in the last eight, a stunning result which will live long in the memory following Bayern’s 1-0 final win against Paris Saint-Germain.