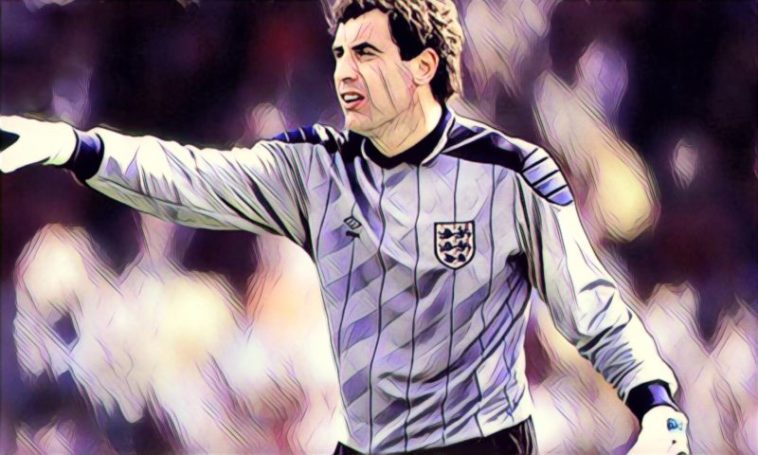 England fans finally had something to shout about at a major tournament last summer, after many, many, many years of hurt. After ‘’it’s coming home,’’ fever swept across the land, we thought it would be the perfect time to take a stroll down memory lane and check out who the Three Lions most capped players of all time are …

Described by Brazil legend Pele as the greatest defender that he had ever played against, Bobby Moore was the iconic captain and leader of England’s 1966 World Cup winning team. He made his debut against Peru in a pre-tournament friendly prior to the 1962 World Cup and was so impressive that he maintained his place throughout the tournament.

In 1963 and in just his 12th appearance, a 22-year-old Moore captained England for the first time, becoming the youngest player to do so. The highlight of his career undoubtedly came in 1966 as he became the first, and as yet only, Englishman to lift the World Cup trophy. He won a total of 108 caps, which at the time of his international retirement in 1973 was a national record. Moore sadly died, aged just 51, of cancer in 1993.

Regarded by many as one of the most influential midfielders of the modern era, Liverpool legend Steven Gerrard made his international debut against Ukraine in 2000. He scored his first goal in England’s famous 5-1 victory of Germany in Munich the following year and would go on to appear in six major tournaments for his country, captaining the side at two World Cups.

Cruel penalty shoot-out defeats in the quarter-finals of Euro 2004 and the 2006 World Cup were as close as Gerrard got to tasting success on the international stage, a perhaps underachievement for a group of players labelled as ‘The golden generation’. He retired from international football following the 2014 World Cup having scored 21 goals in 114 appearances.

TO CHECK OUT SOME OF BEST GERRARD QUOTES CLICK HERE!

A long and distinguished international career that certainly had its highs and lows, David Beckham made his international debut in a World Cup qualification game against Moldova in 1996, going on to feature 115 times for the Three Lions and scoring 17 goals. He featured at three World Cups and two European Championships, famously being sent off for kicking Diego Simeone in a last-16 defeat to Argentina at France ’98.

He managed to recover from the vilification he received following the tournament and was made captain in 2000. The following year his stunning, late free-kick equaliser against Greece sealed qualification for the 2002 World Cup. He retained the armband for six years before stepping down from the role in 2006. Although never officially retiring from international duty, he made his last appearance in a 3-0 win over Belarus in 2009. He remains the only Englishman to have scored at three World Cups.

TO CHECK OUT SOME OF THE BEST BECKHAM QUOTES CLICK HERE!

Breaking the record as England’s youngest ever player when debuting as a 17-year-old against Australia in 2003, the records continued to fall for Wayne Rooney. He became England’s youngest ever goal scorer shortly after, before truly announcing himself on the world stage with four goals at Euro 2004. A broken foot in the quarter-final curtailed that tournament early for Rooney, and perhaps England, and sadly he never quiet produced those levels on another major tournament.

His England low point came in 2006, sent off for a stamp on Portugal’s Ricardo Carvalho as England again exited at the quarter-final stage and international success proved beyond both Rooney and a collection of world class talents such as Steven Gerrard, John Terry and Frank Lampard. The records, however, continued to come. In 2014 he took over the captaincy, and on 5 September 2015 he equalled Bobby Charlton’s all-time England record of 49 goals. Three days later, he took the record outright, netting his 50th international goal with a penalty against Switzerland at Wembley. On the 4th September 2016, Rooney made his 116th appearance, taking him past David Beckham as the nation’s most capped outfield player. He made his 120th and final Three Lions appearance in a friendly against the USA at Wembley on the 15th of November 2018.

TO CHECK OUT SOME OF THE BEST WAYNE ROONEY QUOTES CLICK HERE!

The most capped player in English football history having amassed an international career spanning over 19 years, Peter Shilton made his debut against East Germany in 1970 and did not retire as England’s goalkeeper until after the 1990 World Cup. Back-up to the great Gordon Banks until an eye injury sustained in a car crash ended Banks’s professional career,

Shilton then battled with Ray Clemence in rivalry for the number one shirt. He represented England at three World Cups and two European Championships but did not taste success on the international stage. Despite not making his World Cup debut until he was 32-years-old, his ten clean sheets are a World Cup record, shared with Fabien Barthez of France. He retired from international football following England’s semi-final exit at the 1990 World Cup.