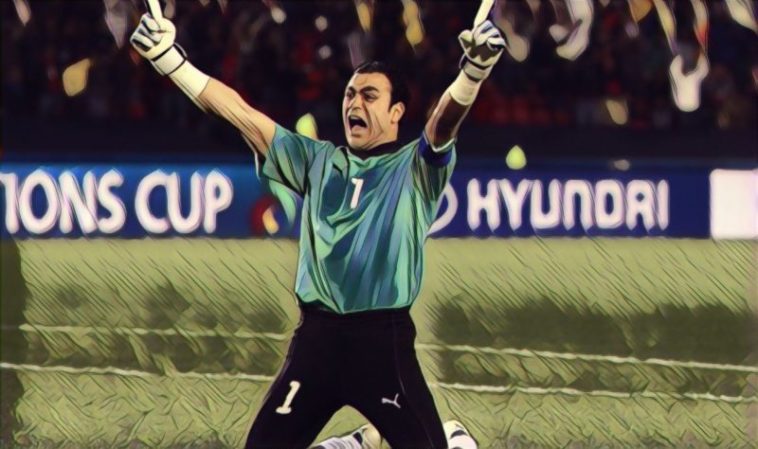 Age may take away pace, sharpness and agility but gifts a player with immense experience, maturity and calmness of nerve.

It is often said “Age is no barrier. It’s a limitation you put on your mind.” Age was certainly no barrier for some players; here we take a look at the five oldest players to play at the World Cup.

Considered as one of the greatest goalkeepers of all time, Peter Shilton forged an immensely successful career and represented England for 20 years. A strong tall figure between the sticks, he began his career in 1966 as a 16-year-old with his hometown club Leicester City and retired from the highest level of the game 26 years later.

He is his Country’s most capped player ever having played 125 times for the Three Lions, Shilton won numerous individual honors but only boasts one First division title. In addition to that, the talented shot stopper enjoyed a glittering career across numerous clubs in England with Southampton, Derby County, Stoke City and Bolton Wanderers to name but a few. The renowned goalkeeper played a total of three World Cups and made his last appearance in a 2-1 loss to Italy in 1990 aged 40.

Pet Jennings played for some of the most celebrated clubs in England such as Arsenal, Tottenham Hotspurs and Everton. However, it was Watford where Jennings began his career and garnered attention. He made a move to Spurs and went on to make 450 appearances in a 13-year spell. In 1977, the legendary stopper caused a stir by joining neighborhood rivals Arsenal.

Jennings won two FA cups each with the two North London clubs. He was capped 119 times for his national side Northern Ireland. He holds the record for most capped player for his country and enjoyed an illustrious career spanning 22 years. His last World Cup game was against Brazil in 1986 where the Northern Irish lost 3-1.

Former Cameroon and Monaco striker donned the national jersey for his side at three World Cups. The Cameroonian began his career in his home country before moving to France to further his development. He played for Ligue 1 clubs Monaco, Montpellier, Bastia and Saint Etienne.

A powerful, tricky forward with a knack for producing some spectacular celebrations, Milla entertained audiences and fans around the world with his dazzling displays.  His last World Cup appearance came in a 6-1 thrashing by Russia; he saved some pride scoring the only Cameroonian goal which made him the oldest ever goal scorer at the World Cup.

Faryd Mondragon played in the 2014 World Cup held in Brazil making an appearance in a 4-1 win over Japan. He represented as many as 15 clubs across Argentina, Colombia and Europe. He is best known for his spells at Galatasaray and Koln. He was a member of the original 1990s Golden generation of Colombian Football and represented the South American nation in three World Cups.

He was a strong keeper with sharp instincts and went on to make just over half a century of appearances for Colombia. He held the record for the oldest player to play at the World Cup for 4 years before it was broken in 2018.

Essam El Hadary became the oldest player to feature in the World Cup this summer in Russia when he played in the final group game for Egypt against Saudi Arabia. Egypt ended on the losing side but Hadary saved a penalty and was applauded by every person on the pitch for the tremendous feat he achieved.

The veteran ‘keeper played for clubs in Africa, Saudi Arabia and had just one spell in Europe. Hadary has a trophy laden cabinet as he won Africa Cup of Nations four times and was also named tournament’s best goalkeeper on three occasions.  He has made a total of 159 national appearances and will be remembered as one of The Pharaohs all-time greats.