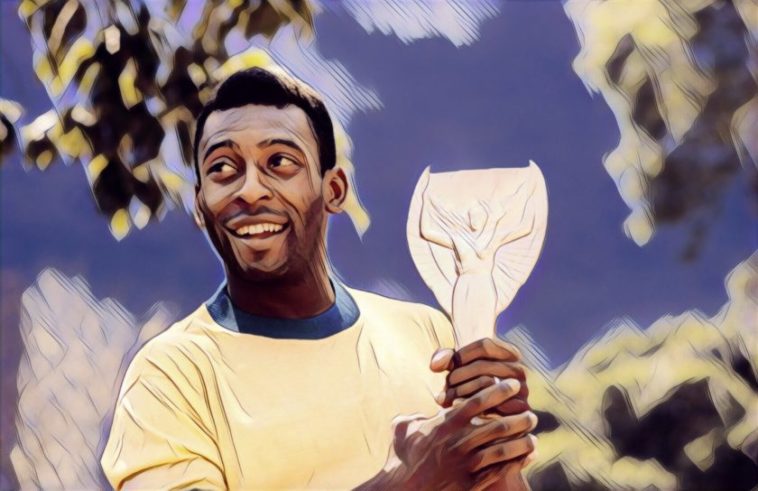 Though most of us have never seen him play, Pele is known for being one of, if not the best player of all time.

The argument over who is better, Pele or Maradona, is the original “Ronaldo or Messi” debate we have today. With three World Cup titles to his name and 77 international goals, (in just 92 games), he’s definitely up there anyway.

A man who has had plenty to say on the game, he is always worth listening to, just don’t go near a betting shop afterwards.

Here are 10 of his best quotes ever:

“Success is no accident. It is hard work, perseverance, learning, studying, sacrifice and most of all, love of what you are doing or learning to do.”

“Football is the only sport where you put people together, it doesn’t matter if you are rich, or poor, or black, or white. It is one nation. This is the beauty of football.”

“A lot of people, when a guy scores a lot of goals, think, ‘He’s a great player’, because a goal is very important, but a great player is a player who can do everything on the field. He can do assists, encourage his colleagues, give them confidence to go forward. It is someone who, when a team does not do well, becomes one of the leaders.”

“Football is like a religion to me. I worship the ball, and I treat it like a god. Too many players think of a football as something to kick. They should be taught to caress it and to treat it like a precious gem.”

“Wherever you go, there are three icons that everyone knows: Jesus Christ, Pele and Coca-Cola.”

“When you play against dirty players or very tough players, it’s easy to escape because you know what they’re going to do. But when the player is tough but intelligent, it’s much more difficult.”

“For 20 years they have asked me the same question, who is the greatest? Pele or Maradona? I replay that all you have to do is look at the facts – how many goals did he score with his right foot or with his head?”

“Success isn’t determined by how many times you win, but by how you play the week after you lose.”

“There is always someone out there getting better than you by training harder than you.”