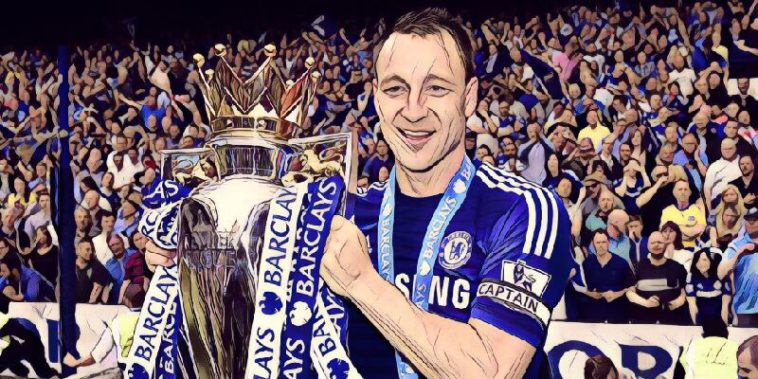 John Terry may well be one of the most divisive players of the modern era, but no matter what you think of the controversial centre-back there is no denying that he is one of the greatest defenders the Premier League has ever seen.

Terry played 717 time for his beloved Chelsea, winning five Premier Leagues, five FA Cups, the Champions League and the Europa League during a stellar career at Stamford Bridge. Here are 10 of the best quotes about Chelsea’s Captain, Leader, Legend.

“There have been a lot of great centre-backs in Premier League history, but I think he has been the best that we’ve seen. For the next 20 or 30 years, that position at the near post, when we see other defenders doing it, we’ll call it ‘the John Terry position’. We’re not just talking about a big aggressive centre-back. Terry is always in the right position. His understanding of where to be, his reading of the game and reading crosses cannot be matched. I don’t think we’ve ever seen anyone better.” Jamie Carragher.

“I had no doubt Terry was going to become a superstar. His character and personality impressed me straight away. He stepped in as a young player and looked as if he’d played forever – never scared. He would stand up to anyone, no matter their status.” Gianfranco Zola.

“In my opinion the best centre-half in world football for a long time. I think you could’ve taken John for granted, having someone that good behind you, and he’d often play on the left side directly behind me. I can remember on one hand the number of times he was caught out for pace. He’s technically brilliant and I know John worked at that.” Frank Lampard.

“The toughest opponents for me are the defenders who are tough in the way they play, where you can’t see a way through. Paolo Maldini and John Terry are two of the toughest men I have met on the field.” Ronaldinho.

“He was not only a great player, he certainly still is, but he was also a great coach on the pitch. I saw him here once at London Colney playing with the Under 21s and the way he coached the team as a player was absolutely marvellous. He was a real leader and he had a great career as well, let’s not forget that. That’s never a coincidence. The guys who last such a long time have something special. He was the symbol of cohesion inside Chelsea’s club because him, [Frank] Lampard, [Didier] Drogba and Cech were the players who carried the club’s values for long periods.” Arsene Wenger.

“I would have to say John Terry is the toughest defender I’ve played against. He reads the game really well, he’s physical and he’s tough to play against so you know you’re always in for a tough game when you play against him.” Wayne Rooney.

“John is a player with a lot of authority. When he’s in front of you, he’s a real leader in the dressing room and on the pitch.” Thibaut Courtois.

“I have not always been complimentary about how Chelsea play, because it is the opposite of what we stand for at Barcelona. But I can’t deny that Terry is one of the most committed English players I’ve played against, and a great leader for club and country.” Xavi.

“He may be one of the most controversial players in the history of the British game for non-footballing reasons but John Terry has been one of its most reliable and consistent performers out there on the pitch. A defender’s defender — unbelievably solid with such a none-shall-pass attitude — Terry has been the captain and linchpin of Chelsea’s recent golden years.” Jimmy Greaves.

“John Terry is the captain of all team captains, he was born with the captain’s armband on his arm. Even without the band, it’s as if he wears it anyway, and that’s how it ought to be. He’s different from all the others, Chelsea is his home, it always has been, ever since the youth squad. One word from him, and the locker room holds its breath. He’s the first one to sit down at meals, the first one to stand up. Being part of this club is his mission, that’s how he was made. He pays close attention to the performances of the youth team, he keeps up, he knows all the scores, he misses nothing. He works twice as hard as everyone else, he has the sense of responsibility of someone who runs a company, a people, a philosophy that above all has to win.” Carlo Ancelotti.