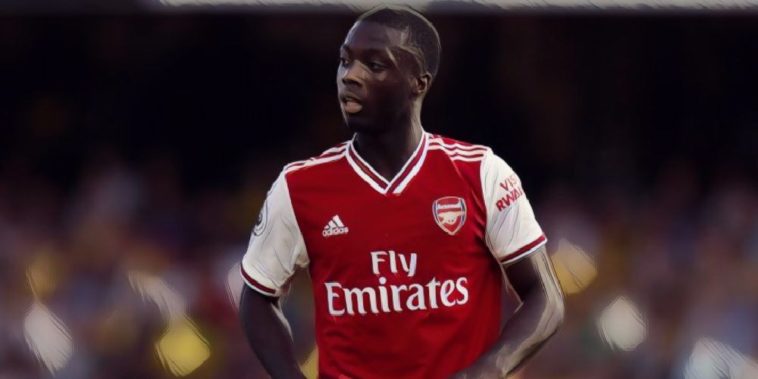 The Ivory Coast international has struggled to adapt to life in the Premier League since his high profile move from Lille this summer, scoring just one goal from the penalty spot since his record move to the Emirates.

The 24-year-old was ineffective once more during the club’s 1-1 draw at Manchester United on Monday night, drawing criticism following his latest below-par display.

Despite Pepe’s struggles, Emery has backed the player to be a success in English football, though says the winger must adapt to the ‘pressure’ and expectation of playing for Arsenal, and his £72m price tag.

Not his greatest performance. 😬 pic.twitter.com/2MP3MLr0qr

“They are human, every player, we are playing every time, as a coach or a player, under pressure,” Emery said at a press conference ahead of their Europa League game with Standard Liege.

“It’s a privilege to be here. The players are here because they deserve to be here and they are privileged to be here. That privilege brings pressure, of course. But it’s positive. Not for the salary, not for how much the club paid for him. It’s not relevant for us to speak about the money.

“I am sure that Pepe is an amazing player, I am sure he is going to have a big career here but he, needs time. A lot of players when they came here, the first month, the first year is not easy for them.

“He still needs to play, get confidence, know progressively better the other players, our work. I think he is progressing.”