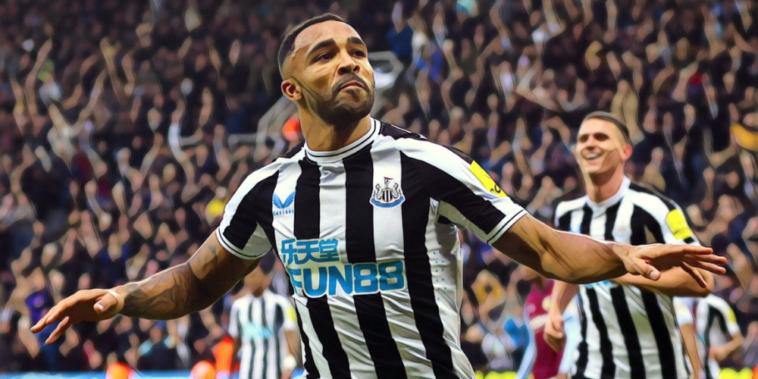 Eddie Howe says he is delighted for Callum Wilson, Kieran Trippier and Nick Pope after the Newcastle trio were included in England’s World Cup squad.

Gareth Southgate named his 26-man squad for the tournament in Qatar on Thursday, with Trippier and Pope named as part of the travelling squad as expected. There was further good news for Newcastle however, as Wilson – who has not been capped for the Three Lions since 2019 – was also selected.

Wilson’s call-up is reward for a strong start to the season with the forward having scored six goals in ten league appearances and Howe expressed his delight at seeing the 30-year-old named in the squad.

“Callum had a difficult career. It has not always been about successes,” Howe said at his pre-match press conference ahead of Newcastle’s clash with Chelsea this weekend.

“He’s risen from the lower leagues to the national side for a World Cup. It has been brilliant to witness first hand, and when you see how it has been achieved, the dedication and consistency of his work, a positive mindset.

“Even when he was out injured, his first instinct was ‘I’m going to come back better’. It is not just talk, he delivers.”

Howe revealed how the Newcastle squad reacted to the news of Wilson’s inclusion and congratulated the England trio are their call-ups for Qatar.

“It is a bit of a blur. We were training and came back in to hear the news. The lads were really pleased for him, he is a popular member of the squad. Not just for Callum, but others too. You can never take being in that squad for granted. Everyone expected Kieran Trippier and Nick Pope to be there but it is still a massive achievement.”

Michael Owen was the last Newcastle player to be included in an England World Cup squad in 2006, while it is the first time in 24 years that three Magpies’ players have been included in the Three Lions’ squad for the tournament.

Newcastle will be looking to maintain their excellent form ahead of the season’s pause when Chelsea arrive at St James’ Park this weekend.

The Magpies are guaranteed a place in the top four at Christmas due to the mid-season World Cup and Howe has outlined his ambition for Newcastle to come back ‘an even better team’ after the break.

On being in the top four at Christmas, Howe added: “That’s a little bit misleading because it’s a different season in terms of the number of games. I can only really look back at this part of the season after Chelsea. Then we’ll analyse things & try to come back an even better team.”