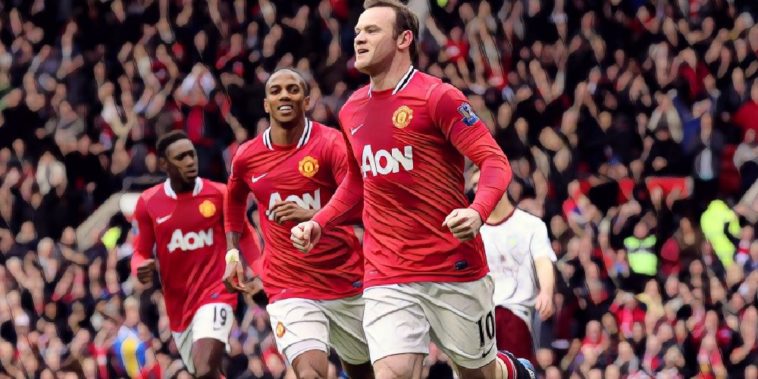 Scoring a hat-trick is one of the ultimates for any Premier League player and throughout the division’s history more than 200 notable names have achieved the feat, scoring three times in a fixture to collect the goalscoring souvenir of a match ball.

Among those hat-trick heroes include some of the most iconic names in Premier League history and whilst many have scored trebles on multiple occasions, only a very exclusive group have achieved the feat in consecutive fixtures.

Erling Haaland is the latest name to have achieved the feat, having scored consecutive hat-tricks against Crystal Palace and Nottingham Forest to continue his stunning impact at Manchester City.

We’ve decided to look back at the star strikers to have completed a double treble, here are the six players to score hat-tricks in consecutive Premier League fixtures.

His first hat-trick came during a thrilling 4-3 victory over Nottingham Forest in April 1993. QPR came back from 1-0 and 3-2 down in a topsy-turvy clash to secure three points in stunning style.

Ferdinand’s first came as he raced onto a long pass before lifting the ball over Mark Crossley, before rounding the goalkeeper for his second of the game to bring the scores level at 3-3.

Les Ferdinand showed a bit of everything on the way to his first #PL hat-trick…#PLMoment pic.twitter.com/7hg4OCqYJH

Everton were the victims of Ferdinand’s fine finishing as QPR edged another pulsating clash, winning 5-3 at Goodison Park courtesy of the forward’s treble and further goals from Andy Impey and David Bardsley.

Ferdinand finished the season with 20 league goals and finished as runner-up to Teddy Sheringham for the Premier League’s Golden Boot.

Ian Wright was amongst the Premier League’s leading marksman throughout the nineties and became the second player to score a double treble, netting consecutive hat-tricks for Arsenal against Ipswich and Southampton in March 1994.

Wright’s first treble came as part of a 5-1 thrashing of Ipswich at Portman Road, his first a fine finish from a narrow angle before dispatching a penalty in emphatic fashion to double his tally.

The Gunners goalscorer then beat the offside trap to calmly complete his hat-trick, in a clash which featured comical own goals from both sides.

Wright was again at his clinical best in Arsenal’s next league fixture at Southampton, rifling home another treble to help the North London side to a 4-0 victory.

ON THIS DAY: In 1994, Ian Wright scored his second hat-trick in 2 games as Arsenal beat Southampton 4-0 at The Dell. pic.twitter.com/4WXU17W15E

His first came with a brilliant diving header before he doubled Arsenal’s advantage with an instinctive volley, completing his second successive treble from the penalty spot in a convincing win for the visitors.

Wright’s became the first player to score consecutive hat-tricks in away fixtures, whilst his treble was one of five Premier League hat-tricks he scored during his career.

It was almost two decades before a player joined Ferdinand and Wright in scoring successive Premier League hat-tricks. Didier Drogba achieved the feat after netting successive doubles during a glittering period for Chelsea.

The Ivorian’s trebles are unique in that they occurred across two separate seasons, ending the 2009/10 campaign with a hat-trick against Wigan before opening the following season with another against West Bromwich Albion.

Drogba’s first hat-trick helped the Blues to an emphatic 8-0 victory at Stamford Bridge in a fixture that secured Carlo Ancelotti’s side the title, their talisman capping a remarkable season in which he claimed the Premier League’s Golden Boot and won a domestic double.

#OnThisDay in 2010…@didierdrogba scored a hat-trick to seal the #PL 🏆 for Chelsea with an emphatic 8-0 victory pic.twitter.com/0YUFOWkjj7

The forward finished the season with 37 goals in all competitions, as Chelsea became the first side in Premier League history to score over a century of goals in a league season.

Drogba then began the following season in a similar vein as West Brom were hammered 6-0 in the capital, joining an exclusive group to score a hat-trick on the Premier League’s opening weekend.

Wayne Rooney became the fourth player to join this list after a prolific start to the 2011/12 campaign for Manchester United, in which he scored nine goals in the opening five fixtures of the season including back-to-back trebles.

The first came in one of the most iconic results in Premier League history as Sir Alex Ferguson’s side thrashed Arsenal 8-2 at Old Trafford, in a ruthless dismantling of their historical rivals with Rooney at the heart of their success.

The England international scored two stunning free-kicks before completing his hat-trick from the penalty spot, with Danny Welbeck, Ashley Young, Nani and Ji-Sung Park also on the scoresheet in an unforgettable clash.

Rooney followed up that treble by scoring three times in a 5-0 win at Bolton, twice turning in from close range before a classy first-time finish completed his hat-trick.

Rooney finished the season with a career-best 27 league goals as he finished as runner-up for the Golden Boot to Arsenal’s Robin van Persie.

The North London side ended the season with back-to-back away victories at Leicester and Hull, in which Kane starred to score seven goals and claim successive match balls.

Kane scored four times in a 6-1 thrashing of reigning champions Leicester at the King Power Stadium, turning in Son Heung-Min’s pass for the opening goal of the game before heading home a second.

Seven heaven!#OnThisDay in 2017, @SpursOfficial beat Hull 7⃣-1⃣, including a hat-trick for Harry Kane to seal the 2016/17 Golden Boot! pic.twitter.com/zNTpS70s6E

Two rifled finishes from just outside the penalty area completed his four-goal haul, before his sensational form continued with a final day treble as Spurs hit seven at relegated Hull City.

Kane’s exhibition of finishing made it four Premier League hat-tricks since the turn of the New Year and saw him finish as the division’s leading scorer for a second successive season. His 29 goals in 30 appearances remains the best goal-per-game ratio of any Golden Boot winner.

Kane is the only player to have achieved the feat twice, having also recorded successive trebles against Burnley and Southampton in December 2017.

Fast forward five games into the season and Haaland has exploded as a Manchester City player. Haaland is the first player in Premier League history to score nine goals in his first five games in the competition, eclipsing Sergio Aguero’s record with a hat-trick against Nottingham Forest.

The Norwegian netted his first treble in the Premier League with a hat-trick against Crystal Palace at the weekend, as City came from two goals down to win 4-2 at the Etihad.

Doesn't get much better than this! 🔵 #mancity pic.twitter.com/CrThLRSvXO

Nottingham Forest then felt the full force of the marquee arrival, as he struck three times in a 6-0 thrashing of Steve Cooper’s side on Wednesday evening.

On current form, no record appears safe from the 22-year-old goal-machine.