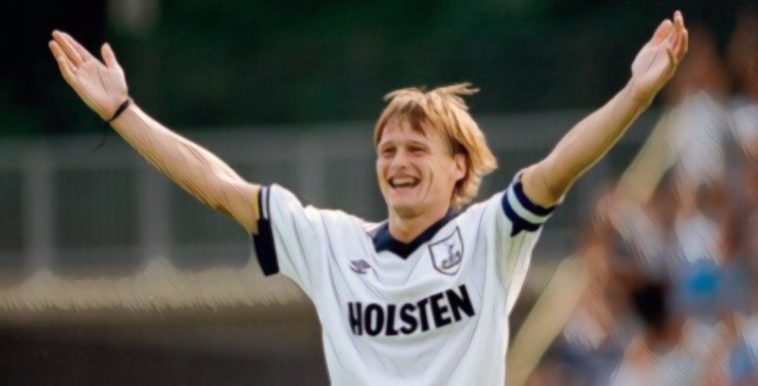 The inaugural Premier League season may seem like a distant memory, but at these uncertain times a trip down memory lane can provide a welcome relief for football fans.

Rewind to the early nineties and the newly-formed Premier League was an exciting addition to the footballing landscape, English football’s leading clubs backed by a mega-money new TV deal following a decision to break away from the Football League.

Much has changed since then, of course, but the bubble has been yet to burst as the Premier League has evolved into the most watched sporting competition on earth.

We’ve decided to look back at the great goalscorers from that first season in 1992/93, here are the five leading scorers from the inaugural Premier League campaign:

Manchester City’s first ever Premier League goalscorer, White scored the club’s first goal in the newly-formed league after netting in a 1-1 draw with Queens Park Rangers.

White enjoyed the best period of his career during an eight-year spell at City, emerging from the club’s academy ranks and providing a regular source of goals, including hitting 16 top-flight strikes during the first ever season of the Premier League as the club finished ninth.

The one-cap England international made his sole international appearance just a month into the new campaign, but failed to score during a defeat to Spain and was never capped again.

White left City the following season for Leeds in an exchange deal for David Rocastle, but struggled with injuries during two seasons at Elland Road before finishing his career at Sheffield United.

How different could Blackburn’s season have finished had Alan Shearer not suffered an ACL injury in December?

The forward arrived at Ewood Park in a British transfer-record deal from Southampton ahead of the first Premier League season, and quickly took the new league by storm with a prolific run of form for the ambitious Lancashire side.

Backed by Jack Walker’s millions, newly-promoted Blackburn enjoyed an impressive return to the top tier with Shearer central to their fortunes, scoring 16 times in just 21 appearances before suffering a serious knee injury against Leeds on Boxing Day.

Blackburn’s form dipped in the absence of their talisman – losing four of their next six league fixtures – and the club eventually finished fourth, 13 points adrift of inaugural winners Manchester United.

Shearer would fire the club to the league title two years later, however, winning the first of his three Golden Boot awards over spells at Blackburn and Newcastle, eventually finishing his career as the greatest goalscorer in Premier League history with 260 goals.

Remarkably the fourth leading goalscorer in the division despite not moving to the Premier League until November, Quinn enjoyed a memorable purple patch in front of goal following his arrival at Coventry from second-tier Newcastle. Despite looking like a man with a huge taste for pints and takeaways, Quinn was razor-sharp in and around the box, once joking that he would beat former 100m world record holder Linford Christie over a yard.

The 30-year-old’s move to Highfield Road saw him play in England’s top tier for just the second time in his career, but he wasted little time in making an impression with 10 goals in his first six appearances for the Sky Blues.

That run included braces against Manchester City, Southampton and Liverpool – the latter as part of a 5-1 victory against the Merseyside club. Quinn also became the first player to score in each of his first four Premier League games, a feat that would not be matched for 22 years and has only been achieved on a further six occasions.

Holdsworth signed for Wimbledon midway through 1992 and played a key role in the club’s first ever Premier League season, forming a brilliant partnership with the powerful John Fashanu and finishing as the third-highest goalscorer in the division on 19 goals.

The forward thrived in the unique atmosphere of the Dons’ ‘Crazy Gang’, with eccentric club chairman Sam Hamman an avid fan of Holdworth’s talents, offering a Ferrari in exchange for a 20-goal season and – according to the player himself – reportedly kissing Holdsworth’s backside in front of the squad for his goalscoring achievements.

Holdsworth never quite reached the fabled 20-goal landmark, but scored 58 goals in 169 league appearances for Wimbledon before leaving for Bolton in a club record deal.

One of the Premier League’s great goalscorers, Ferdinand began the newly formed division as the spearhead of a QPR side who registered an impressive fifth-placed finish.

Ferdinand enjoyed a prolific eight-year spell at Loftus Road, including a 20-goal haul during the first season of the Premier League to finish as the second highest scorer in the top flight.

Named as the PFA Player’s Player of the Year during a memorable spell on Tyneside, the former England international is the tenth highest goalscorer in Premier League history with 149 goals in 351 appearances.

Scorer of the first Premier League goal shown live by Sky Sports whilst at Nottingham Forest, Sheringham left for Tottenham in August of the league’s first season and enjoyed a prolific debut campaign at White Hart Lane.

The forward added a further 21 goals to his tally to finish two clear of Ferdinand and claim the division’s inaugural Golden Boot, though the presence of the league’s leading scorer was only enough to secure an eighth-placed finish for the north London side.

After five seasons at Spurs, Sheringham headed to Manchester United in search of silverware and won three consecutive league titles, being named as the PFA Player of the Year and FWA Footballer of the Year during the latter of those success.

A return to Spurs followed before later spells at Portsmouth and West Ham, Sheringham playing past his 40th birthday and setting Premier League records for oldest outfield player and oldest ever goalscorer.