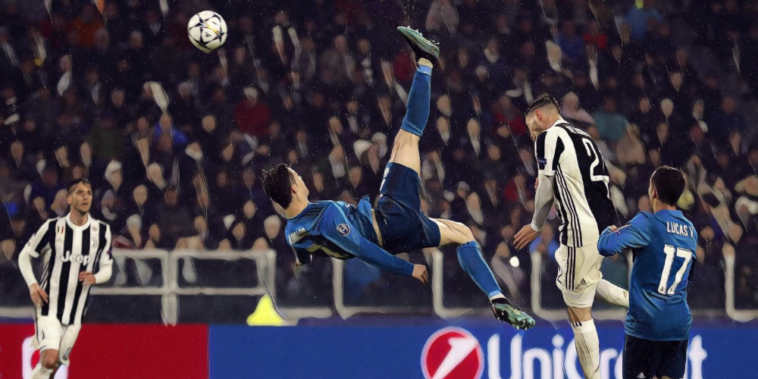 There are few players who relish the Champions League stage quite like Cristiano Ronaldo.

The greatest goalscorer in the history of club football’s leading competition, Ronaldo has set extraordinary standards in modern times, providing no end of jaw-dropping moments with his unworldly ability to decide games at the very highest level.

Ronaldo has scored a sensational 134 goals in the Champions League, winning the trophy on five occasions and scoring in three separate finals to cement his place in the competition’s history.

Perhaps no moment, however, has been greeted with such astonishment as this goal for Real Madrid, an incredible piece of audacity and athleticism which left the opposition supporters with little else to do but stand and applaud.

The look of disbelief on manager Zinedine Zidane’s face is followed a stunned silence only momentarily, before both sets of fans laud Ronaldo’s magical moment in Turin.

Juventus’ fans may have seen their Champions League dreams ended by Ronaldo’s acrobatic effort, but those inside the Allianz Stadium knew they had witnessed genuine greatness from one of the game’s iconic figures.