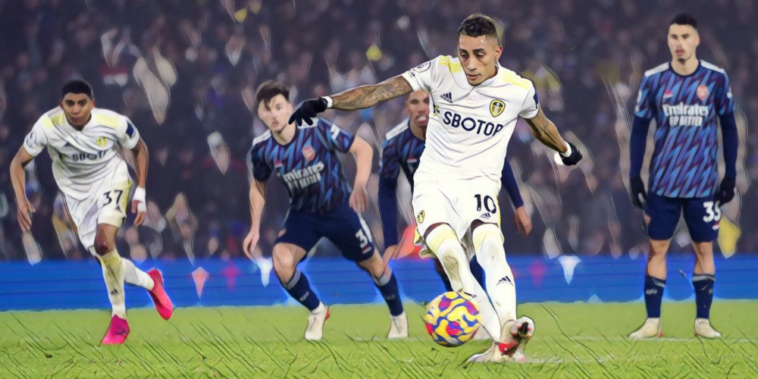 Chelsea are set to join the race to sign Leeds winger Raphinha, as the European champions consider forward additions.

Thomas Tuchel’s side have been credited with an interest in signing the Brazilian next summer, as uncertainty surrounds the futures of both Christian Pulisic and Hakim Ziyech at Stamford Bridge.

Both have struggled to command an automatic place in the Chelsea side and could be allowed to leave at the end of the season, with the latter having been linked with both Borussia Dortmund and AC Milan.

According to Sport Italia, Chelsea could now enter the race to sign Raphinha, who has impressed since arriving into the Premier League and is believed to be interesting both Liverpool and Bayern Munich.

The 25-year-old has scored eight league goals in 16 appearances for Leeds this season and was called into the Brazil squad for the first time earlier this year, since scoring twice in five caps at international level.

Liverpool are interested in his signing and are said to be monitoring the winger alongside West Ham’s Jarrod Bowen, as Jurgen Klopp looks to add depth to his forward options, though a move from the Anfield outfit is ‘unlikely’ in January.

The Reds had been linked with making signings in January with both Sadio Mane and Mohamed Salah set to depart for Africa Cup of Nations duty, but their recruitment is instead likely to be focused on the summer and could allow Chelsea a chance to emerge as serious contenders.