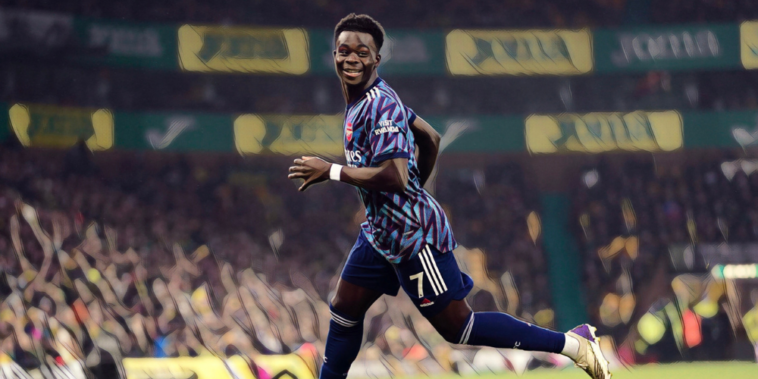 Each week we delve through the Premier League’s weekend action and compile our divisional Team of the Week.

The traditional Boxing Day schedule did not disappoint with a raft of goals across the Premier League, the best viewing found at the Etihad as Manchester City and Leicester played out a nine-goal thriller.

Arsenal continued their recent form with a 5-0 thrashing of struggling Norwich, whilst Chelsea came from behind to return to winning ways at Aston Villa.

Elsewhere, Southampton edged West Ham in an entertaining contest at the London Stadium, whilst Tottenham and Brighton secured wins over Crystal Palace and Brentford respectively.

Brentford attempted to unsettle the Spanish shot-stopper with long throws into the Brighton box, but Sanchez continued to relieve pressure in a commanding performance.

The 24-year-old made a fine reaction save in the second-half, before an even better save to stop Ethan Pinnock’s header and ensure three points and a clean sheet for Brighton.

It was an important display from the goalkeeper, who helped the Seagulls move back into the Premier League’s top half after ending a run of 11 league games without a win.

Emerson Royal has endured a difficult adaptation to the Premier League since his summer arrival from Barcelona, but the right-back produced arguably his best performance in a Tottenham shirt during the club’s 3-0 win over Crystal Palace.

The Brazilian grew into the contest after a mixed start, weighting a pass into the path of Lucas Moura in the build-up to Spurs’ opener, before getting forward well to cross for Moura to head home his side’s second.

Wilfried Zaha’s first-half red card gave Emerson greater freedom to join the attack and he provided Spurs with a constant outlet in an encouraging showing.

Continued his recent improvement alongside Eric Dier as Tottenham’s unbeaten run under Antonio Conte was extended this weekend, with Sanchez strong in the challenge and largely untested against Crystal Palace.

The Colombian was involved in both incidents as Wilfried Zaha picked up two first-half bookings, the defender’s defensive approach having irked the Palace winger whose petulance voided his side of their most dangerous threat.

Conte has been linked with strengthening his backline as January fast approaches, but the previously maligned options at his disposal have shown pleasing signs since the Italian’s arrival.

With Lewis Dunk and Shane Duffy absent from the Brighton squad, a visiting Brentford side attempted to unsettle the Seagulls with an aerial bombardment at the Amex Stadium.

It was an approach that failed to find the desired outcome, however, with the 6ft 7in Dan Burn key to the Seagull’s success in dealing with the Brentford threat.

Burn stood strong in the absence of key personnel at the heart of the defence, making six clearances and winning three aerial duels.

The Scotland international is getting back to his best in an Arsenal side growing in confidence, the Gunners’ youngsters again impressing during a 5-0 thrashing of struggling Norwich.

Tierney was rarely troubled defensively and was full of endeavour to push forward down the left, taking his goal in fine fashion after being freed by Martin Odegaard’s pass.

It’s now four consecutive Premier League wins for Mikel Arteta’s side, who have upped the pressure on the chasing pack in the race to secure Champions League qualification.

Ward-Prowse was amongst his side’s best performers as Southampton won at an out-of-sorts West Ham, working hard in the Saints’ engine room and getting his side on the front foot with a series of excellent long passes.

The 27-year-old’s dead-ball ability was once again crucial, first stepping up to score his fourth league goal of the campaign after converting from the penalty spot.

The midfielder’s brilliant free-kick delivery then led to Southampton’s winner, as a West Ham defence without important figures failed to deal with the quality of Ward-Prowse’s cross into the area.

There are signs that De Bruyne is getting back to his brilliant best, with the midfielder opening the scoring in sublime fashion during Manchester City’s 6-3 win over Leicester at the Etihad.

It was a moment of superb quality from the Belgium international, the touch, turn and finish all of the highest order and another reminder of what De Bruyne can bring when in the mood.

It’s the most wonderful time of the year! 💙 pic.twitter.com/i0FHKeVy28

He was involved in much of City’s best work as the champions ran riot in the first half, before being substituted as he – like many of his teammates – faded in the second. Having endured a difficult start to the season, his returning influence only bodes well for City’s title charge.

Odegaard is enjoying his football at the moment and was at the centre of the Gunners’ destruction of Norwich, adding two more assists to his growing collection of goal involvements after creating both of the north London side’s first two goals.

Martin Ødegaard has created more chances (17), more Big Chances (4) and played more through balls (8) than any other player in the Premier League so far this December.

Are you not entertained? 😅 pic.twitter.com/TqnYDUiARl

The Norwegian drifted around the pitch and often found himself unmarked, a scenario which proved costly for the Norwich as Odegaard’s passing unlocked the Canaries’ defence.

Brandon Williams is not the first left-back to have had a miserable time up against Bukayo Saka in recent weeks, the Arsenal winger having been in sparkling form for the Gunners of late.

Saka scored twice as the north Londoners won 5-0 at Norwich, cutting inside from the right flank to devastating effect as Mikel Arteta’s side secured a fourth consecutive Premier League win.

The 20-year-old has the pace to go on the outside and the guile to drift inwards and cause havoc, with Norwich counting the cost of providing far too much room for the England international on a chastening evening at Carrow Road.

An honourable mention must also go to Lucas Moura who is hugely unfortunate to find himself out of our Team of the Week, the Brazilian fast appearing like another match-winner amongst Antonio Conte’s ranks at Tottenham.

Back in the side and Manchester City’s most dangerous forward threat during their bonkers win over Leicester, Sterling scored twice as the Foxes were hit for six at the Etihad.

The England winger won and converted a penalty for City’s fourth goal of the afternoon, before adding a second from close range after reacting first to a loose ball inside the area.

Sterling’s direct approach caused nightmares for stand-in right-back Marc Albrighton, who was left trailing in the wake of the 26-year-old on more than one occasion.

Romelu Lukaku made a welcome return to the Chelsea side this weekend, coming off the bench to prove his side’s match-winner at Aston Villa.

Lukaku’s return to Chelsea has been a season disrupted with fitness problems, but he returned in fine fashion as the west Londoners came from behind to win at Villa Park.

The Belgium international’s half-time introduction provided Chelsea with a focal point and he guided home the winner with a fantastic glancing header on the run, before helping put the result beyond doubt with a surging run from inside his own half to win a stoppage-time penalty.

Lukaku has now scored in seven consecutive Premier League fixtures against Villa, who will surely be sick of the sight of him.