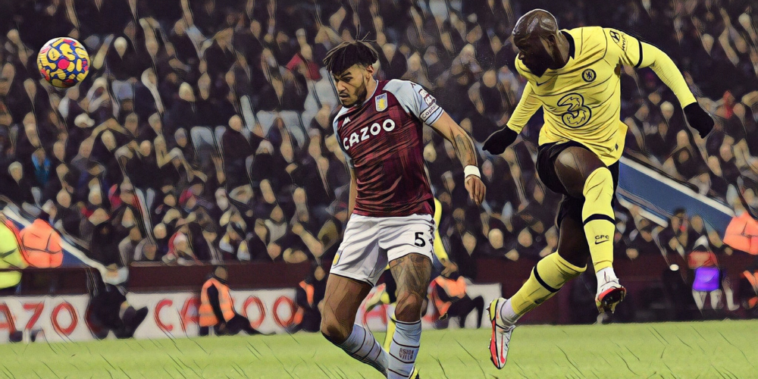 Following the latest round of Premier League action, we pick out some of the heroes and villains from the best and worst of the Boxing Day fixtures.

Manchester City secured a ninth consecutive Premier League win after beating Leicester in a classic at the Etihad, their 6-3 win the division’s first ever Boxing Day fixture to feature nine goals.

Chelsea remained within touching distance of the league leaders after a comeback win at Aston Villa, whilst there were comfortable victories for London rivals Arsenal and Tottenham. Elsewhere, Southampton beat West Ham in a five-goal clash at the London Stadium and Brighton beat Brentford to return to winning ways.

Heroes and Villains from the Premier League’s Boxing Day action.

Raheem Sterling has hit a fine run of form over the festive period and took his total to five goals in five December appearances with a brace at the Etihad, the England winger proving City’s most dangerous threat throughout and giving emergency right-back Marc Albrighton nightmares.

Sterling won and converted a penalty for City’s fourth goal in what was an exhilarating opening 25 minutes, before turning home a loose ball for a second and his seventh Premier League goal of the campaign.

Having found himself in and out of the team during the first half of the season, recent performances have made the 27-year-old difficult to leave out of Guardiola’s starting side.

Wilfried Zaha’s temperament was once again called into question following his red card this weekend, the winger sent off for two first-half bookings during Crystal Palace’s 3-0 defeat at Tottenham.

Zaha has spent a career facing considerable opposition attention and antagonisation, but his reaction to Davinson Sanchez’s treatment this weekend was inexcusable for a player of his experience.

A moment of madness from Wilfried Zaha 😤

He receives his second yellow card for this shove on Davinson Sánchez! 🟥

From bad to worse for Crystal Palace… pic.twitter.com/sP6whMwezo

As harsh as his first booking was, his aggressive push at the Colombian centre-back minutes later provided the referee with a decision to make and saw the red card brandished.

Zaha’s rash moment left Palace with a huge task and the Eagles crashed to defeat in north London, their talisman having bitten the bait and he will now miss Tuesday’s clash with Norwich at Selhurst Park.

Martin Odegaard has finally found his feet at Arsenal after an indifferent start to the season, with the midfielder having returned to the team in recent weeks to produce a series of fine performances.

The Norwegian had failed to show his best since turning a loan move from Real Madrid into a permanent deal, but he has been amongst the Premier League’s leading performers across the festive schedule.

Odegaard leads the Premier League for chances created (17), big chances created (4) and through balls (8) in December, whilst no player has been directly involved in more than his six goals (3G, 3A).

The 22-year-old added two more assists to his collection in Arsenal’s 5-0 win at Norwich, with the midfielder revelling in his advanced role as he pulls the strings for Mikel Arteta’s improving side.

Arsenal’s emphatic win was their fourth consecutive victory and joint-biggest winning margin in an away Premier League fixture, with the Gunners having issued a statement of intent to their rivals in the race for Champions League qualification.

Matty Cash has generally been amongst Aston Villa’s better performers this season, starting every Premier League game and heading into the Boxing Day fixtures with more tackles made than any other full-back.

However, the defender’s error of judgment cost his side dearly this weekend after Cash’s rash challenge handed Chelsea a much-needed avenue back into the contest at Villa Park.

Villa had taken the lead through Reece James’ unfortunate own goal, before Cash brought down Callum Hudson-Odoi with a senseless challenge and allowed Jorginho to equalise from the spot.

That goal swung the momentum back in the favour of Chelsea, who sealed a comeback win and stayed within six points of leaders Manchester City.

Antonio Conte remains unbeaten in the Premier League as Tottenham manager, with the north Londoners six without defeat since the Italian’s arrival.

Moura was superb in the 3-0 win over Crystal Palace this weekend, producing more goal involvements (3) than in his previous 14 league appearances combined this season (2).

The smallest player on the pitch, Lucas Moura, rising like a salmon to score for Spurs 🐟 pic.twitter.com/7PolzTqP0j

The Brazilian crossed for Harry Kane to open the scoring, before netting an uncharacteristic second after rising like an old-fashioned number nine to power over Joachim Andersen and head home.

Moura added a second assist after teeing up Son Heung-Min and a return to form for the 29-year-old will be a welcome boost for Conte, who is in need of match-winners in his starting XI.

One to forget for Youri Tielemans this Boxing Day, the midfielder finding himself at the centre of Manchester City’s dominant first half performance at the Etihad for the wrong reasons.

Tielemans was overrun in the Leicester engine room as the Foxes found themselves four goals down inside 25 minutes, whilst he was responsible for giving City a helping hand after conceding two penalties in that period.

🥴 Youri Tielemans is the first player to concede two penalties in the same Premier League match since November 2018 (Juan Foyth vs Wolves) pic.twitter.com/k1B43in4FM

The 24-year-old hauled down Aymeric Laporte inside the box as Leicester’s fragility from set-pieces was once again exposed, before hanging a leg out to send Raheem Sterling tumbling inside the box.

Sterling duly dusted himself down and converted from the spot, capping a nightmare first half showing for the Belgian and his teammates.

When Chelsea splashed out a club record £97.5m fee on Romelu Lukaku last summer, it was designed to bring in a forward capable of delivering in moments of need.

Thomas Tuchel’s side found themselves a goal down at Aston Villa and – having seen Manchester City win earlier in the day – knew any dropped points would leave them some way adrift of the league leaders.

Tuchel turned to the Belgium international at half-time, with Lukaku introduced as a second-half substitute after missing the previous two fixtures following a positive test for Covid-19.

Lukaku’s arrival changed the game with the forward providing Chelsea with presence further forward, whilst he showcased why he was so sought after last summer with a fine winning goal, ghosting across Tyrone Mings and glancing home from Callum Hudson-Odoi’s cross.

The 28-year-old later left Matt Targett and Ezri Konsa in his wake with a powerful run to win a stoppage-time penalty, allowing Jorginho to seal the result from the spot.

His return to the side and return to form will be a major boost to Chelsea’s chances of catching City.

West Ham have just one win from seven and are in danger of falling adrift of the top four, the Hammers beaten at home by Southampton in a disappointing result this weekend.

David Moyes’ side have struggled in the absence of several defensive figures, with Aaron Cresswell, Kurt Zouma and Angelo Ogbonna all missing at the London Stadium.

The replacements for that trio failed to shine as the Saints secured a 3-2 win in the capital, Dawson and Issa Diop failing to cope with the movement and strength of Armando Broja.

Dawson was responsible for clumsily bringing down Broja, allowing James Ward-Prowse to reestablish the Saints’ lead with Southampton’s second goal from the penalty spot.