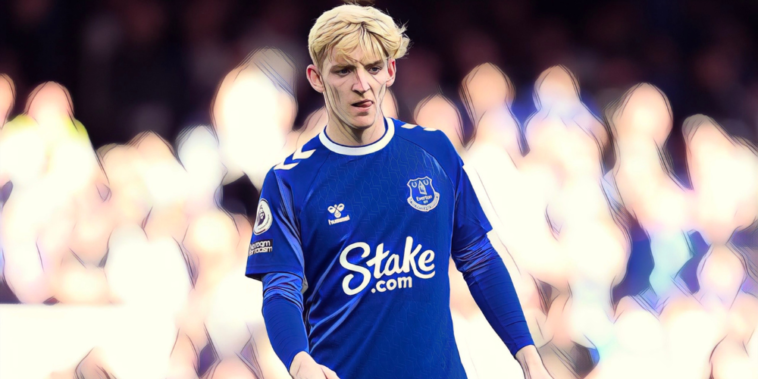 Chelsea are confident of finalising a deal to sign Anthony Gordon from Everton this week with discussions continuing over a deal for the winger.

Everton have rejected two bids from Chelsea for the 21-year-old, with the most recent believed to have been in the region of £45m.

The Toffees have already turned down interest from Tottenham and Newcastle in Gordon, who broke into the side last season and made 35 appearances in the Premier League, in which he scored four goals and laid on two assists.

The Times are reporting that Chelsea are set to increase their offer in the coming days and the Blues are confident of agreeing a deal for a player who is valued in excess of £50m at Goodison Park.

Frank Lampard is keen to keep Gordon at the club, but has conceded that a huge offer would be difficult to turn down as he looks to reinvest in the squad.

Gordon has operated in a false nine role across Everton’s opening three fixtures and his sale would provide funds to bring in a recognised centre-forward, as the club look to compensate for the loss of Dominic Calvert-Lewin to injury and sale of Richarlison to Spurs.

Everton have seen an approach to loan Southampton’s Che Adams rejected, while the Toffees have been credited with an interest in Chelsea forwards Michy Batshuayi and Armando Broja.