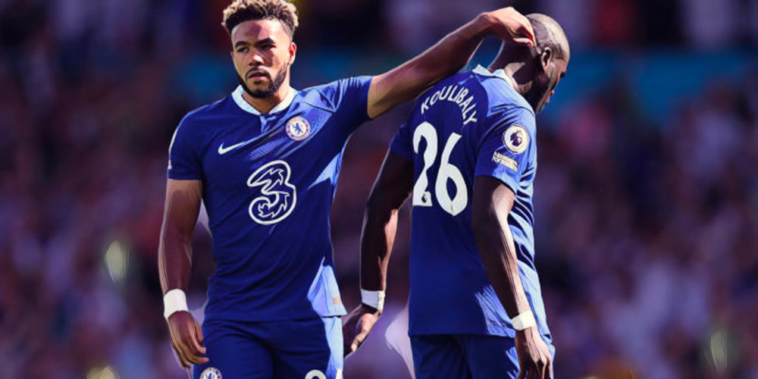 Saint-Maximin was the stand-out from an impressive Newcastle performance, causing countless problems for Kyle Walker with a performance brimming with effervescence.

City did not know how to deal with the Frenchman, who can provide an injection of x-factor that few players in the Premier League can replicate.

At his best Saint-Maximin brings a brilliant blend of bamboozling footwork and explosive speed, attributes which the champions struggled to cope with for large periods this weekend.

He created two goals in the first half and won the free-kick for Newcastle’s third, in what was one of his best performances for the Magpies. Doing it against the Premier League champions demonstrates what Saint-Maximin is capable of when it all comes together.

Thomas Tuchel did not mince his words when discussing Edouard Mendy’s mistake in Chelsea’s 3-0 loss to Leeds, admitting the goalkeeper’s glaring error was a huge moment in the game.

Mendy was caught in possession inside his own area for the game’s opening goal, as Brenden Aaronson stole in to steal the ball and score his first Premier League goal.

“He knows himself, with these kind of mistakes I don’t know if it is necessary to speak a lot [to him]. He knows it is a mistake,” Tuchel told reporters post-match.

The Chelsea goalkeeper has had a shocker and Brenden Aaronson pounces to give Leeds United the lead! 😮 pic.twitter.com/BhFGost0gT

“Everybody in the world sees that mistake and it is a huge mistake in a crucial time of the match. It does not help. He is the one who is most disappointed. It cost us a lot today.”

Mendy’s mistake set the tone for a dismal defeat to Chelsea, whose unbeaten start came to an abrupt end at Elland Road.

Martin Odegaard was handed the captain’s armband at Arsenal this summer and has led the Gunners to their best start to a Premier League season since 2004/05. It’s now three successive wins for Mikel Arteta’s league leaders, who impressed again to win 3-0 at Bournemouth.

Odegaard was the architect of the win, scoring twice early on to notch his first brace in a top-flight game since appearing for Stromsgodset aged just 15.

The last time Martin Odegaard scored twice in a top-flight game, he was 15 years old playing for Stromsgodset 👶 pic.twitter.com/wZrI4un0YV

The Norwegian has had his role tweaked this season and Arsenal could soon reap the rewards around goal. Operating in more advanced areas and tasked with breaking forward as Gabriel Jesus drifts around the final third, he twice arrived into the box to convert first-time finishes at Bournemouth.

Last season he led Arsenal on a wide-ranging number of creative metrics, including for chances created, through balls, passes into the box and possession won in the final third. Adding consistent goals to his game will take the 23-year-old to the next level, with his £30m fee already appearing a snip.

Kalidou Koulibaly has shone since signing for Chelsea this summer, but the loss at Leeds will be a performance the defender is keen to forget.

The Senegal international struggled against a Leeds team full of hard-running and endeavour, as Chelsea were outworked during a humbling 3-0 defeat at Elland Road.

Koulibaly was cautioned for an early pull-back on Brenden Aaronson, before receiving his marching orders in the second half for another cynical foul to stop a counter.

Not the best day for Chelsea 😕 pic.twitter.com/rkTKhBQ9b1

Fulham have made a strong start as the Cottagers look to end their yo-yo existence, with a late winner against Brentford extending the unbeaten start of Marco Silva’s side.

Aleksandar Mitrovic will take the headlines for his winning goal, but the performance of Andreas Pereira caught the eye in west London.

The midfielder struggled to establish himself at Manchester United, with his eight seasons at the club punctuated by four loan spells. A permanent move to Fulham has provided Pereira with a chance to find a home and he was excellent against Brentford, creating more chances (4), completing more attacking third passes (9/12) and making more successful crosses (5/7) than any other teammate.

Andreas Pereira registers his first assist for Fulham against Brentford, his last came vs. Burnley for Man Utd on 28th December 2019.

Could have done with him last week… 🤣 pic.twitter.com/Yr7JN6nxyP

After an anonymous showing at Wolves last weekend, this was more like it from the 26-year-old who drifted into dangerous pockets of space and produced a number of fine deliveries from both open play and set pieces.

After making his debut for West Ham as a substitute in midweek, Thilo Kehrer was included from the start for his first Premier League appearance against Brighton this weekend.

The recent recruit from Paris Saint-Germain had an afternoon to forget however, with his rash challenge turning the momentum of the game.

Kehrer needlessly lunged in to bring down Danny Welbeck inside the box, allowing Alexis Mac Allister the chance to open the scoring from the spot.

There were worse performers than Kehrer with Kurt Zouma at part fault for both Brighton goals, but his error of judgement provided Brighton with the chance to take the lead at the London Stadium.

It’s been a nightmare start for West Ham, who are bottom of the Premier League without a goal scored.

Leeds are on the up after a difficult 2021/22 campaign, beginning the new season with seven points from their opening three fixtures to sit third in the Premier League.

The win over Chelsea was a blueprint that Jesse Marsch will want to follow, as his team ran themselves into the ground to overwhelm the west Londoners.

Jack Harrison was often the spark in the final third for Leeds, producing one of his best performances for some time as he ended the clash with a goal and assist.

Leeds have been absolutely ruthless today! 😤

Harrison’s quick feet and dangerous deliveries were a feature of Leeds’ performance and the 25-year-old – whose formative footballing years came in the United States – appears to be enjoying life under the club’s American regime.

An unconvincing afternoon for the full-back who was given a torrid time by Jordan Ayew during Aston Villa’s 3-1 defeat at Selhurst Park.

The Frenchman’s miserable performance was compounded with the conceding of a penalty which, whilst harsh, allowed Palace to take the lead.

Villa fans will have expected more from Digne than he has produced since his arrival from Everton in January, with the 29-year-old – alongside a number of his underperforming teammates – having failed to live up to expectations so far.