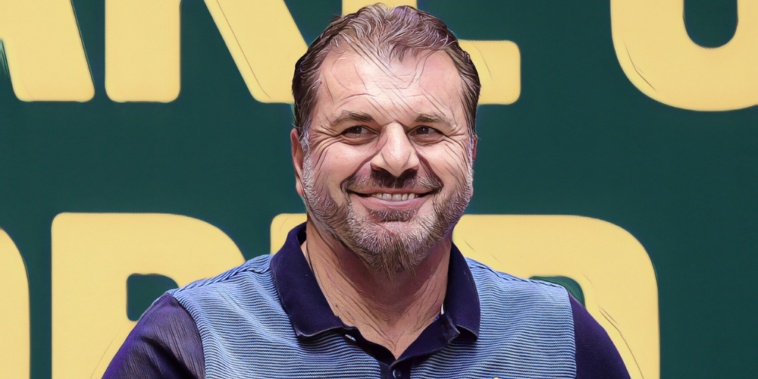 Celtic have recently announced Ange Postecoglou as their new manager ahead of the 2021/22 season, an intriguing appointment following a disappointing season last term under Neil Lennon.

Lennon resigned from his position after Celtic’s nine-year dominance of the Scottish Premier League came to an end, with the club’s board looking to Postecoglou as they bid to wrestle the title back from Old Firm rivals Rangers.

The Greek-born Australian arrives with no prior experience of European football having spent his coaching career in Australia and Japan to date, though his arrival is not the first left-field appointment in Celtic’s recent history.

Here are five of Celtic’s most left-field managerial appointments.

Celtic gambled on the services of Republic of Ireland legend Liam Brady following his appointment in 1991, with the former Arsenal midfielder becoming the club’s first ever manager without previous experience of playing for the Glasgow side.

Brady was also Celtic’s first manager since Willie Maley in the 1890s to be appointed with no previous coaching experience, having announced his retirement from playing a year prior to his arrival at Parkhead.

Brady struggled to compete with Rangers during his debut season with Celtic finishing a distant 10 points adrift of the eventual champions, whilst their poor performances resulted in a third-place finish as Hearts overhauled the Bhoys on the final day of the season.

It was in Europe where Brady suffered his most embarrassing result however, as Celtic were thrashed 5-1 in the first leg of their UEFA Cup second round clash with Swiss minnows Neuchatel Xamax – a defeat which ranks amongst the club’s worst in continental competition.

The first foreign manager to take charge of a top-flight English club following his arrival at Aston Villa in the early nineties, Jozef Venglos was unveiled as Wim Jansen’s successor at Celtic in 1998.

The Czech coach had enjoyed a nomadic managerial career with stints in charge of Czechoslovakia, Sporting Lisbon, Malaysia, Aston Villa and Oman amongst his wide-ranging roles, before arriving in Scotland amid huge pressure.

His start began poorly with just two wins from his opening eight league games in charge, though a memorable 5-1 thrashing of Rangers in November gave him breathing space.

Despite the goals of Henrik Larsson, who scored 38 times across all competitions, Celtic were unable to catch their Old Firm rivals and finished six points adrift in the title race, whilst the club were also beaten by Rangers in the Scottish Cup final.

After just one season the veteran coach was replaced by a managerial duo of John Barnes and Kenny Dalglish, with Venglos moved into a newly-created European technical adviser and scouting position.

John Barnes’ reign as Celtic manager lasted just seven months following a disastrous appointment ahead of the 1999/2000 season, with arriving Director of Football Kenny Dalglish having championed the former England international’s appointment given their working relationship at Liverpool.

Barnes has no previous managerial experience however, and like Liam Brady before him struggled with the expectations at Celtic, with the novice coach lasting until only February of his debut campaign before being sacked.

Several signings – including an ageing Ian Wright and the Scottish record signing of Eyal Berkovic – failed to work out, whilst a serious injury to Henrik Larsson hindered his hopes of being a success.

Barnes’ fate was sealed following an embarrassing home defeat to Inverness Caledonian Thistle in the Scottish Cup, the axe falling amid criticism of his man-management and reported dressing room unrest.

At surface level, Ronny Deila’s reign appears ok with two title successes from two seasons in charge, though the largely unknown Norwegian failed to win any popularity contests following his shock appointment in 2014.

The 38-year-old arrived from Stromsgodset with few knowing much about his coaching qualities, whilst his two-year reign did little to win admirers amongst the club’s fanbase.

This was a poor Celtic side who failed to convince even in the absence of genuine competition, with Rangers still making their way back to the top division from the lower tiers.

Results in Europe were abysmal, with harrowing losses to the likes of Molde, Maribor and Legia Warsaw proving just how far Celtic were away from competing in continental competition.

His fate was sealed following semi-final cup defeats to Ross County and a second-tier Rangers, the latter seeing Celtic lose an Old Firm derby on penalties at Hampden Park with Deila’s side’s ability to handle the biggest occasions once again called into question.

So, onto the arrival of Postecoglou with Celtic turning to the Australian despite links to the likes of Eddie Howe, Roy Keane and Frank Lampard in recent months.

Postecoglou began his coaching career with South Melbourne – winning two league titles – and later took charge of the national side at youth level, before shooting to greater prominence during an impressive spell with Brisbane Roar.

He transformed Brisbane into arguably the best footballing side in A-League history to win back-to-back championships, including overseeing a record 36-game unbeaten run.

After a spell with Melbourne Victory he took charge of Australia, leading the Socceroos at the 2014 World Cup, before guiding his country to a first-ever Asia Cup success on home soil after beating South Korea.

Postecoglou has enjoyed further success in Japanese football after leading Yokohama F. Marinors to a first league title in 15 years, though now faces a significant step up amid the pressure of managing a club of Celtic’s calibre.