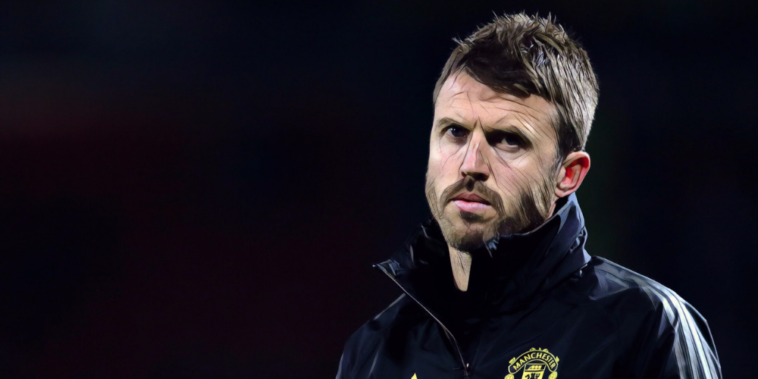 Michael Carrick has suggested it is a ‘myth’ that Cristiano Ronaldo can’t press and says the Manchester United players are ‘looking forward’ to Ralf Rangnick’s arrival.

United have named Rangnick as their interim manager until the end of the current season, the experienced German coach arriving with a sense of intrigue and a reputation for high-intensity pressing football.

Rangnick’s preferred methods have raised questions over Ronaldo’s role in the side, though Carrick has countered that the Portugal captain has adapted to several successful sides and continued to score goals.

“Maybe it is a myth – maybe that’s how it is,” he said at his pre-match press conference. “He’s played in enough teams over the years and been successful. He’s been able to play a variety of ways and kept scoring goals for every team he’s played for, and he’ll continue to score goals – no doubt about it.”

United face Arsenal in the Premier League this evening, with Carrick set to remain in charge in his role as caretaker boss as Rangnick’s move to Old Trafford is finalised.

The 40-year-old made headlines after dropping Ronaldo to the bench for the Red Devils’ 1-1 draw at Chelsea last weekend and Carrick admits there are ‘a lot of things’ that must come into consideration when selecting his starting XI.

“There are a lot of things you have to take into consideration when you make a decision on picking a team,” Carrick continued.

“It seems like it was a big decision but really, between us and [for] me personally, it wasn’t. You can ask Cristiano. The way he responded was perfection really.

“Around the dressing room he was incredible, he supported the players. I went in to do my half-time team talk and he was warming up 10 minutes in advance ready to come on in the second half. I think a lot can be made of it and spinning it in a negative way but behind the scenes the reality is very different.”

Carrick opened up on the feeling in the dressing room regarding Rangnick’s impending arrival and says the squad are ‘looking forward’ to the challenge of working under a new manager and with new methods.

“Players adapt – there’s different skills and styles you have to have,” he said. “We have played different styles since we came here. Ralf has a terrific pedigree over a long period of time and had good success with that so I am sure that the players are looking forward to the days and weeks ahead.”