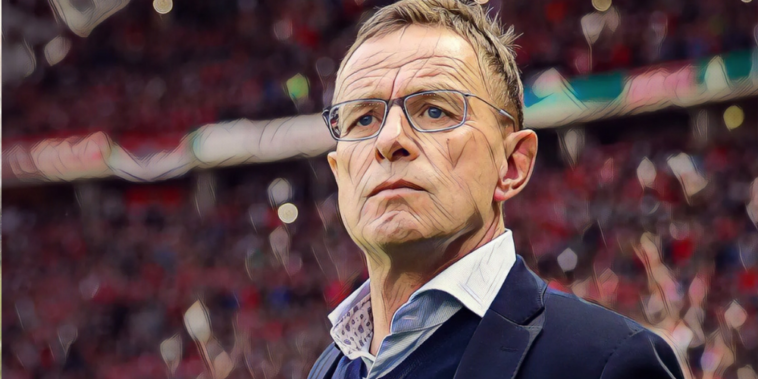 Ralf Rangnick has been granted his work permit to begin his role as interim manager of Manchester United.

The German has been named as the Red Devils’ interim manager until the end of the season, with the former RB Leipzig head coach signing a six-month deal, before moving into a consultatory position on a two-year contract at the end of the campaign.

Michael Carrick will remain in charge for this evening’s Premier League fixture with Arsenal at Old Trafford, with Sky Sports reporting that Rangnick will watch the clash with the Gunners from the stands before addressing the media for the first time tomorrow.

The 63-year-old – who replaces the sacked Ole Gunnar Solskjaer – will take charge of the club for the first time when Crystal Palace visit Old Trafford on Sunday.

United are currently tenth in the Premier League ahead of tonight’s meeting with Arsenal, six points adrift of fourth-place West Ham in the race to secure Champions League qualification.

Rangnick’s previous roles include managerial spells at Schalke and RB Leipzig, whilst he was also director of football at both Leipzig and Red Bull Salzburg, overseeing Red Bull’s emergence as a footballing brand.

He has most recently been working as manager of sports and development at Lokomotiv Moscow before moving to the Premier League.