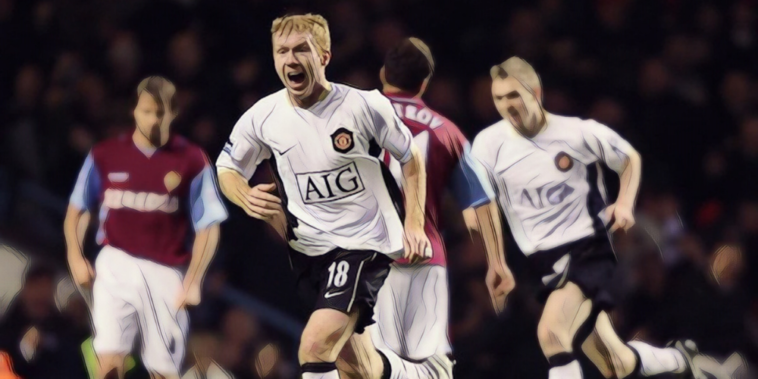 For football fans the festive season brings almost non-stop Premier League action, a period in which celebrations begin and supporters are treated to a wealth of sporting entertainment.

Few months will ever match that of December 2006, however, a month where the Premier League’s finest footballers embarked on a truly stunning period of glorious goals.

As December arrives and Christmas rapidly approaches, we look back on a Goal of the Month competition that over a decade later remains unmatched.

Here are some of the best goals scored from an unforgettable month of Premier League action.

Sheffield United met Charlton Athletic in a relegation six-pointer on December 2, the two teams desperately in search of points in their respective battles to beat the drop.

A tight contest looked to be heading towards a draw as the final minutes at the Valley approached, before Keith Gillespie’s stunning strike sealed a precious away win for the Blades.

The Charlton defence appeared to have cleared the danger after heading away Rob Kozluk’s long throw, only for the dropping ball to be lashed in on the volley from Gillespie to snatch three points in the 88th-minute.

The result left Charlton bottom of the division after the Blades came from behind to win, though both sides failed in their bids to survive and were relegated to the Championship at the end of the season.

Matty Taylor seemed to only score special goals and this audacious strike against Everton was perhaps the pick of the bunch from a catalogue of golazos.

The winger opened the scoring against the visiting Toffees after 14 minutes with a wondrous effort from all of 45 yards, hitting a first-time volley that flew over Tim Howard.

A 50/50 challenge sat up invitingly for the onrushing Taylor, whose mix of technique and ambition was rewarded to set Portsmouth on their way to a 2-0 win at Fratton Park.

Michael Essien’s outrageous effort from distance rescued Chelsea a point against Arsenal on December 10, as the two London rivals shared the spoils at Stamford Bridge.

In a fixture which saw Ashley Cole face his former side for the first time as a Chelsea player, it was the visiting Gunners who took the lead against the run of play as Mathieu Flamini opened the scoring.

With the west Londoners facing the prospect falling further behind Manchester United in the title race, Essien salvaged a point with a thumping thunderbastard, stepping onto Frank Lampard’s tee up to lash home with the outside of his boot.

16 YEARS AGO TODAY: The brilliant Michael Essien signed for Chelsea. 🔵

Obligatory post of one of the greatest ever Premier League goals…

Having failed to make the grade at Arsenal, David Bentley signed for Blackburn and quickly established himself as an exciting talent at Ewood Park.

The winger enjoyed a real breakthrough season during the 2006/07 campaign, scoring seven goals across all competitions including this beauty at Reading.

It was a goal that encapsulated the best of Bentley, a crisp strike which demonstrated the technique that saw the wideman once compared to David Beckham.

The cleanest of clean strikes from David Bentley ⚡️#GoalOfTheDay pic.twitter.com/kCs7Na8TTA

Bentley’s goal came after a lung-busting run from well inside his own half, lashing home a late winner as Rovers secured a 2-1 win at the Madejski Stadium.

Everton were remarkably on the receiving end of three goals on this list, including two brilliant strikes in one game as Chelsea edged a 3-2 thriller at Goodison Park.

Goals from Mikel Arteta and Joseph Yobo had handed the Toffees a 2-1 advantage heading into the final ten minutes on Merseyside, though Everton were pegged back following this speculative drive from Frank Lampard.

Afforded too much room to shoot on the outskirts of the penalty area, the England midfielder hit an effort full of dip and swerve to leave Tim Howard with no chance.

When Lampard laced it, there was only ever one ending 💥#GoalOfTheDay @ChelseaFC pic.twitter.com/D5a5FW7L1b

The Ivorian scored 104 goals during a memorable Premier League career at Stamford Bridge, but few better than this extraordinary effort at Everton.

Collecting Andriy Shevchenko’s flick-on, the forward controlled the loose ball on his chest before swivelling and launching an unstoppable effort over the back-peddling goalkeeper.

Remember this one, @ChelseaFC fans?

Tom Huddlestone was far from a regular goalscorer during a top-flight career spent at clubs including Tottenham and Hull, but when the midfielder found the net in tended to be in memorable fashion.

Huddlestone was a fine technician with a rocket of a shot when taking aim, amongst his finest this laser-like volley at Manchester City.

Arriving onto the edge of the box, the midfielder swept home the bouncing ball with a bulleted effort to seal the north Londoners a 2-1 win at the Etihad.

The winner of the BBC’s award, Paul Scholes incredible effort against Aston Villa was picked as the best goal from an outstanding collection of December strikes.

Few footballers in Premier League history have possessed the technique required to execute this goal, with Scholes lashing home the ball on the volley as it dropped high from night sky at Villa Park.

The goal is a perfect combination of power and precision, whilst its rattling of the crossbar before crossing the line only adds to the aesthetic of a strike that lives long in the memory.

Scholes scored no shortage of screamers during an illustrious career at Manchester United, but this was perhaps the very, very best of the Red Devils’ midfield genius.